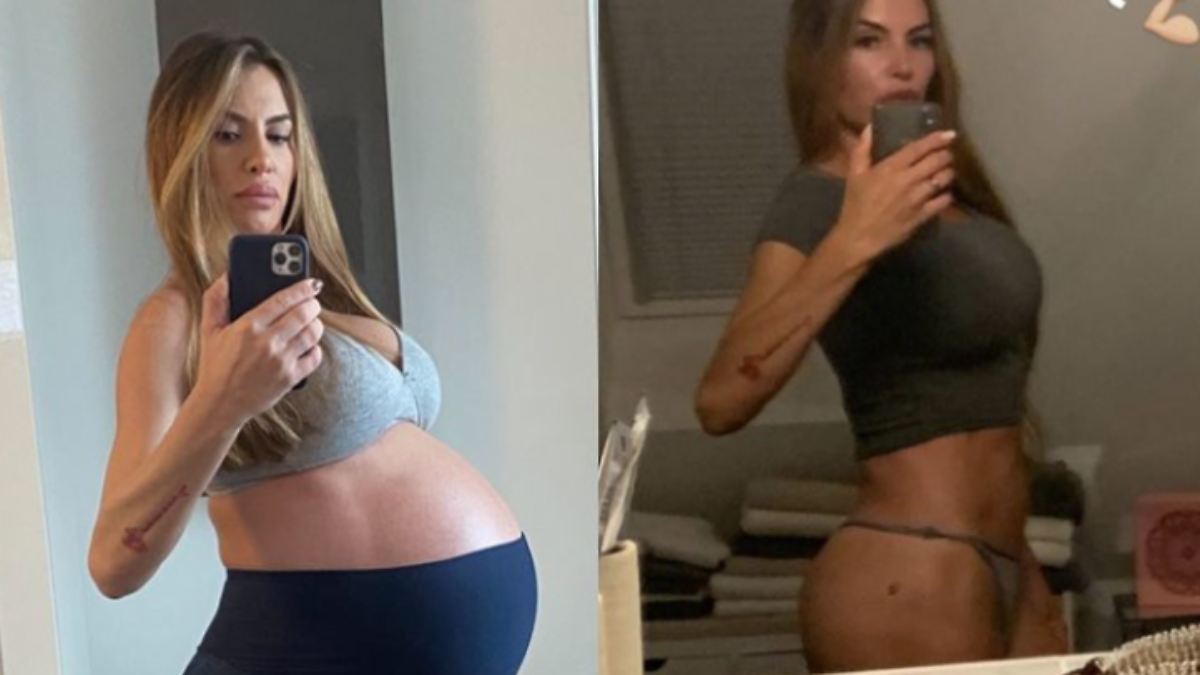 In a few weeks the Ferchichi family will be three heads bigger because Bushido’s wife is expecting triplets. Now 39-year-old Anna-Maria shows how her body has changed through pregnancy.

It won’t be long before Anna-Maria Ferchichi gives birth to her triplet daughters. On Instagram, the pregnant wife of rapper Bushido shows a past-today comparison of her belly – and it is impressive! In the place of the center of your body that was previously well-trained, a huge ball is now bulging.

The 39-year-old writes in the next story: “Just a few more days and I’m in my ninth month … I’m sure that sport has helped me get through this physically stressful time without pain!”

She continues: “Carrying out three babies is a phenomenon for me, and I still can’t quite realize it.”

The rapper and Sarah Connor’s younger sister have been a couple since 2011. The two married a year later. She brought a son into the marriage. The Ferchichis had twin girls and two sons together; the mother of five is currently pregnant again with identical triplet girls.

“The tide has turned completely”

After the pregnancy had gone with some complications and the family even had to worry about one of the babies, the 39-year-old was able to give the all-clear to the “Bild” newspaper last week: “Thank God the children are doing well, the paper has turned completely, “explained Ferchichi. However, she is currently “very short of breath” and rarely leaves the house.

She went on to say about the upcoming birth: “Three medical teams will have to be ready.” She is “very sad” because she cannot actually imagine “not having a child normally”. Husband Bushido also stated that it was not yet clear whether the babies might not have to go into the incubator.