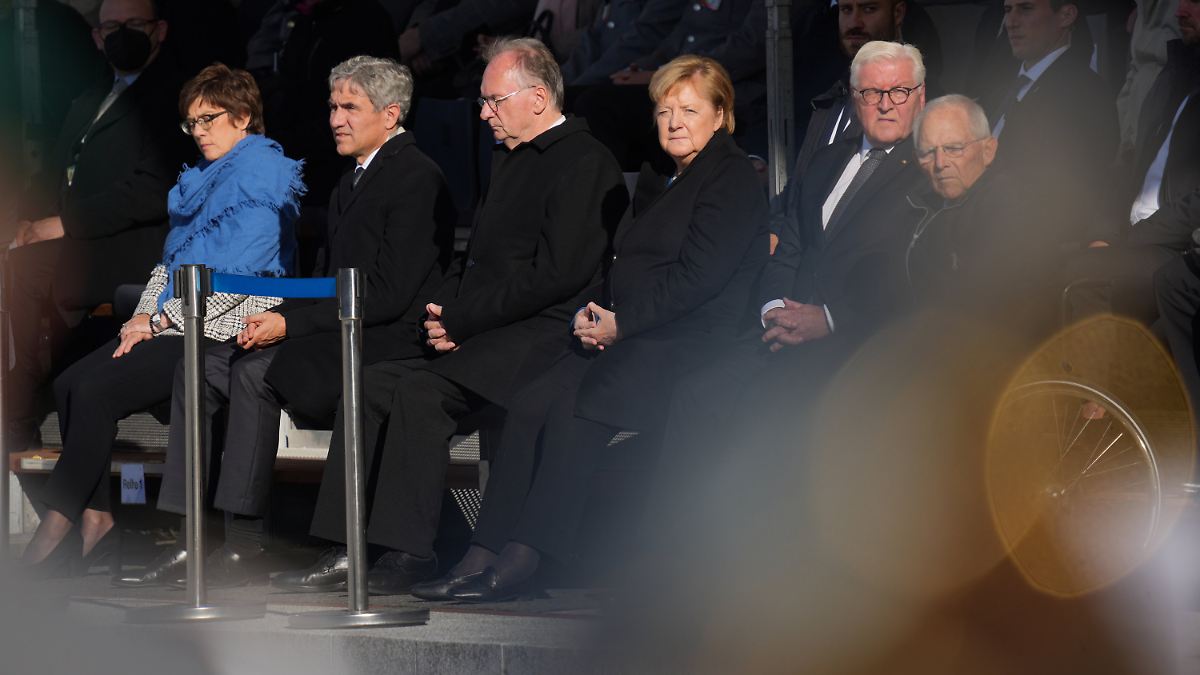 A 20-year mission is coming to an end: soldiers of the German Armed Forces were deployed in Afghanistan for two decades. Your achievements will now be recognized. But the criticism of the operation – and the chaotic withdrawal – remains loud at the closing roll call.

The leaders of the state honored the achievements of the soldiers deployed in Afghanistan at several events. However, Federal President Frank-Walter Steinmeier drew a mixed balance of the 20-year mission. Members of the Bundestag urged cross-party for a fundamental reappraisal of the operation.

After the fall of Kabul, many people asked “questions about the meaning of this mission,” said Steinmeier in a speech at the central roll call in Berlin, in which Chancellor Angela Merkel also took part. He expressed his conviction that the mission was originally correct.

“We have achieved our military goal of defeating those who, twenty years ago, brought terrible terror to our allies from Afghanistan,” said the Federal President. “But we did not achieve our ambitious goal of building stable state structures in Afghanistan,” Steinmeier admitted failure.

He also referred to those who are still struggling today with the consequences of their commitment, physically or mentally. Steinmeier also warned that the German duty to protect the Afghan aid workers should be honored, most of whom were left behind during the hasty withdrawal of troops and many of whom “fear for their lives today”.

For the future, lessons must be learned from the Afghanistan mission. “We have to define our foreign policy goals and interests realistically” – that is, “more modestly, with less sense of mission and missionary zeal,” demanded Steinmeier. A “withdrawal from the world” should not be the answer, however.

Kramp-Karrenbauer does not want to generalize

“Today is the day to say thanks and show respect,” said Defense Minister Annegret Kramp-Karrenbauer. However, she also called for the deployment to be discussed “with the necessary degree of self-criticism”. In the future, operations would have to be “based on clear mandates and realistic goals”. However, it would also not do justice to the achievements of the soldiers “if we condemn 20 years of commitment as a disaster and catastrophe.”

Before the roll call, Steinmeier, Kramp-Karrenbauer and other state representatives took part in a wreath-laying ceremony at the Bundeswehr Memorial on the premises of the Ministry of Defense. In addition, the Federal President spoke to survivors and disabled people.

The Federal Armed Forces have “proven themselves in action” and have become more professional, said the defense commissioner of the Bundestag, Eva Högl, the editorial network Germany. After the “implosion of the political system in Afghanistan”, however, the operation must be “comprehensively, openly and ruthlessly accounted for”.

“Do not repeat mistakes”

Green leader Robert Habeck also called for “respect and recognition” for the soldiers. Nonetheless, it is now time to “work through the Afghanistan mission and the withdrawal and learn from the structural and strategic mistakes of the past,” he told the “Rheinische Post”.

The FDP foreign politician Alexander Graf Lambsdorff also referred to ongoing missions abroad, for example in Mali or Iraq. “It is therefore essential to work through the lessons of the past comprehensively and honestly in order to deepen what has been successful and not to repeat mistakes.”

A reassessment of all foreign missions of the Bundeswehr warned the CDU foreign politician Roderich Kiesewetter on the broadcaster rbb. The Greens, the FDP and the Left are calling for an investigative committee of the Bundestag to come to terms with the Afghanistan mission.