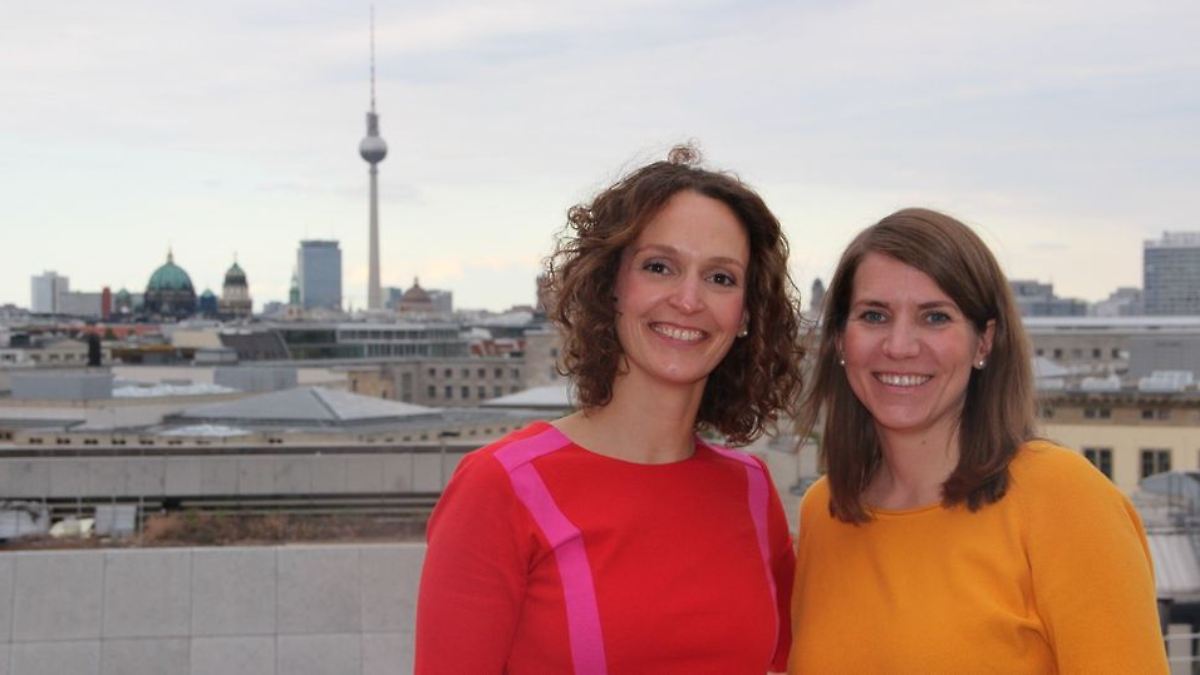 Miriam Kotte and Janina Schönitz share the management position of “Head of Digital Transformation” at Deutsche Bahn. They make more than 300,000 employees fit for digitization. How this works, they tell in the podcast “So techt Germany”.

When it comes to Deutsche Bahn, many people probably think of delays, inadequate customer service and, above all, of bad internet on the trains. However, like many companies, the railway, with its more than 300,000 employees, has to transform itself internally. That means: Even with digitization, you have to think about taking your own employees with you. Miriam Kotte and Janina Schönitz are responsible for this. The two share the position of “Head of Digital Transformation” – not an isolated case at Deutsche Bahn.

Both of them thought about this idea before applying and “then developed the battle plan not to compete against each other for this position, but with each other,” says Schönitz. “The position was not advertised as a tandem,” adds Kotte. The initiative came from both of them, and in the end the salary negotiations were also conducted together. The duo answers emails with the abbreviation MiJa.

This is how Germany techt

In “So techt Germany” the ntv moderators Frauke Holzmeier and Andreas Laukat ask founders, investors, politicians and entrepreneurs how things are in Germany as a technology location. You can find all episodes in the n-tv app, at Audio Now, Apple Podcasts, and Spotify. Also at Amazon Music and Google Podcast you will find it.

The tasks of the two executives are huge. You basically have to prepare a big city for the future. As? By bringing people with the same skills together: “We try to create a holistic offer,” explains Kotte. “Someone who works at Regio, for example, has similar challenges to someone in long-distance transport or the network”. It is also a complicated shop and “we are in the middle of this cobweb of colleagues who implement this and bring digitization to the employees,” says Schönitz.

Anyone who thinks that everything goes very slowly at a large company like Deutsche Bahn is mistaken. “I thought a few times that it felt pretty startup-like here right now,” she continues. In 2016 she switched to the digital area, which was still new at the time. That was a bunch of people, without a big structure and “we’ve always done it that way,” recalls Schönitz. “You had the feeling that I can make a contribution to something really big here.”

What helps in this large corporation is the large network behind it. Lots of experts on a wide variety of topics and “bringing them together around the table and working on topics with this expertise is incredibly fun,” says Kotte.

In the new episode of “So techt Germany”, MiJa tell which tools they use for their work and how they imagine their work in an increasingly complex world.