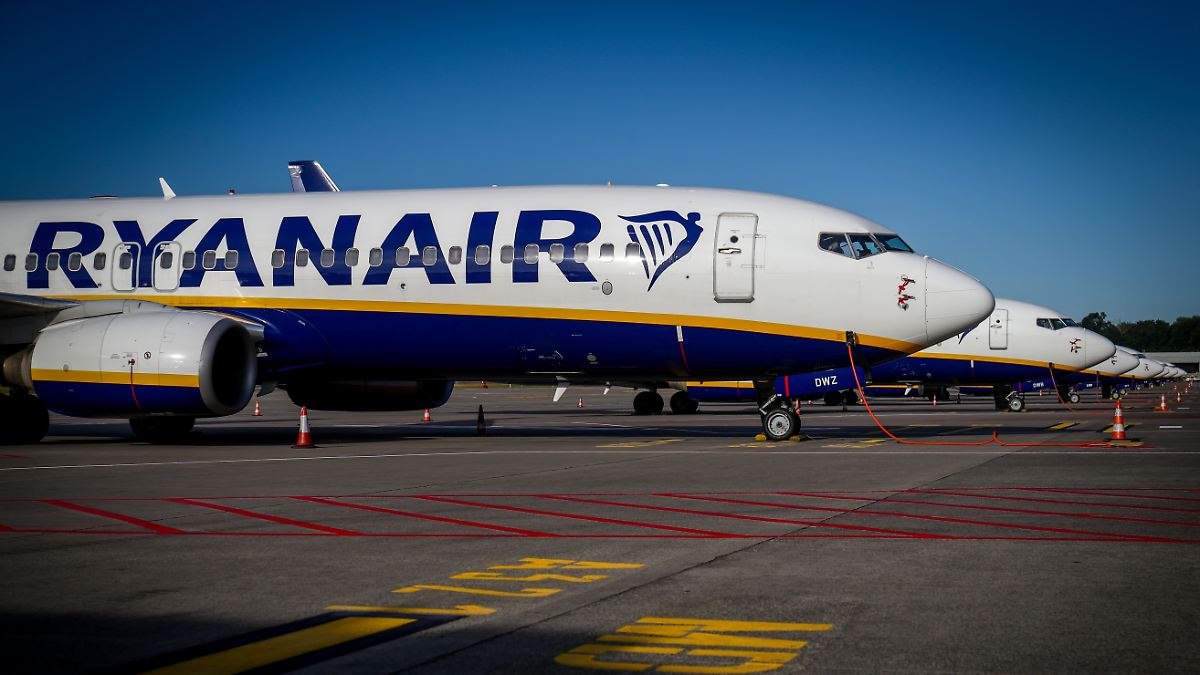 Because of the corona pandemic, many travelers do not take their flights booked with Ryanair and get the money for the tickets back through their credit card company. In a new flight attempt with the Irish low-cost airline, they will not let them on board for the time being.

Due to the dispute over ticket refunds during the corona pandemic, Ryanair has reportedly refused passengers to check-in and only allowed them on board after the claims were settled. As the “Irish Times” reported on Wednesday, hundreds of travelers are affected in Ireland alone. According to information from the British newspaper “Guardian”, there are also several cases in Great Britain.

It’s about so-called chargebacks, the reversal of payments. Because the Irish low-cost airline did not reimburse them for flights they missed because of the pandemic, some travelers took the opportunity to get the money back through their credit card company. Ryanair apparently noted the names and details of these passengers and refused to board them on flights booked later, as previously reported by the aerotelegraph.com portal. The company sees itself in the right and referred to the terms and conditions.

Ryanair speaks of a “tiny minority” More on the subject

Those affected had bought non-refundable tickets for flights that were carried out as planned despite the pandemic, said a Ryanair spokeswoman for the Irish Times. The chargebacks via the credit card company were “unlawful”. The airline spoke of a “tiny minority” of fewer than 850 travelers. These passengers would not be taken back until they had paid their debts. As reported by “Irish Times” and “Guardian”, many of those affected only found out about the lock shortly before the start of their journey. But they could still book the new flight.