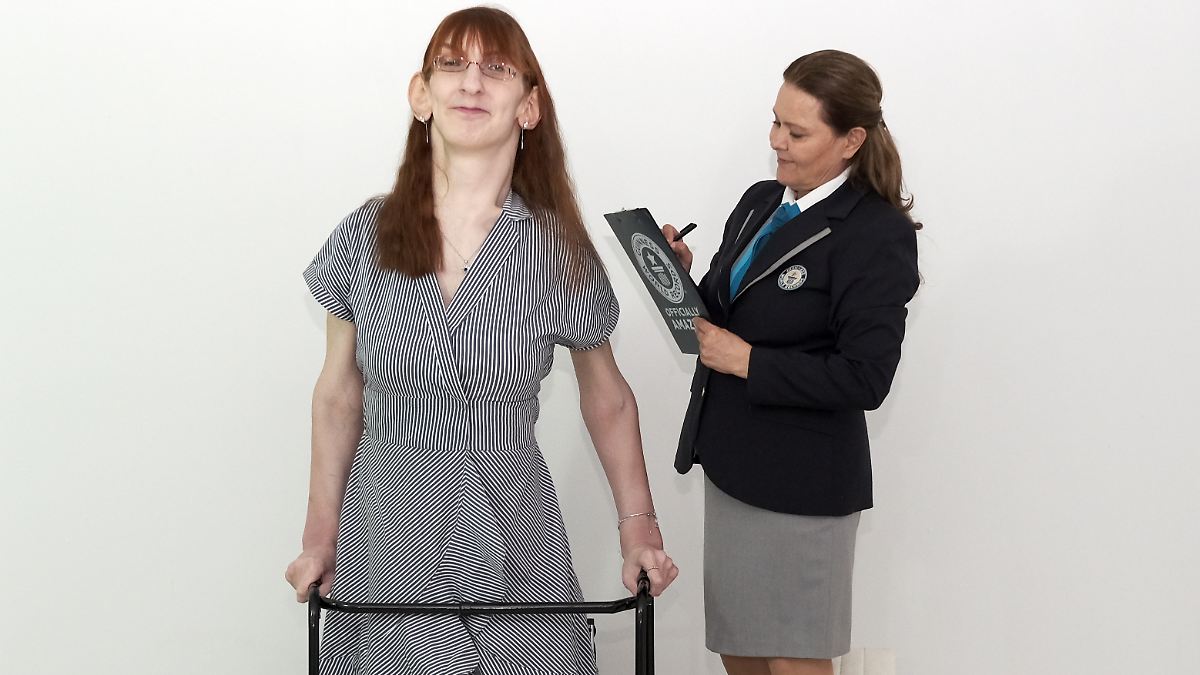 Even the tallest living man in the world comes from Turkey: Sultan Kosen can boast an impressive 2.51 meters. Rumeysa Gelgi from Anatolia is now at his side. The officially world’s largest living woman, however, is quite a bit smaller than him.

At 215.16 centimeters, Rumeysa Gelgi is officially the tallest living woman in the world. The Guinness Book of Records awarded the 24-year-old Turkish woman the world record on Wednesday. One reason for their record size is what is known as Weaver Syndrome, which leads to significant growth. The young woman mostly uses a wheelchair, but can also walk with the help of a rollator.

The Weaver Syndrome caused the unusual growth at Gelgi.

Gelgi from the northern Anatolian town of Safranbolu was already listed in the Guinness Book in 2014 – at the time as the largest living teenager in the world. Since then, she has been using the attention to advocate for other people with rare diseases. “You can turn any disadvantage into an advantage, so you should accept yourself for who you are. Be aware of your potential and do your best,” said the 24-year-old.

The tallest living man in the world is also a Turk: According to the Guinness Book, Sultan Kosen measured 251 centimeters in 2018. The tallest woman who ever lived was 246.3 centimeters high: Zeng Jinlian from China died in 1982.

Largest known person was 2.72 meters more on the topic

The tallest German is probably Jannik Könecke. The 20-year-old man from near Hanover comes to 2.24 meters – according to measurements by his doctor and his orthopedic surgeon. However, it is not yet in the Guinness Book of Records. The record institute for Germany would be ready to recognize him as the “greatest living German”. “For this, however, we need a body measurement carried out by a doctor,” said managing director Olaf Kuchenbecker, who used to work for the German edition of the Guinness book, a few months ago.

The greatest known person is the American Robert Wladow. According to the Guinness book, he also measured 2.72 meters. A tumor had caused him to grow enormously. He died in 1940 at the age of 22.