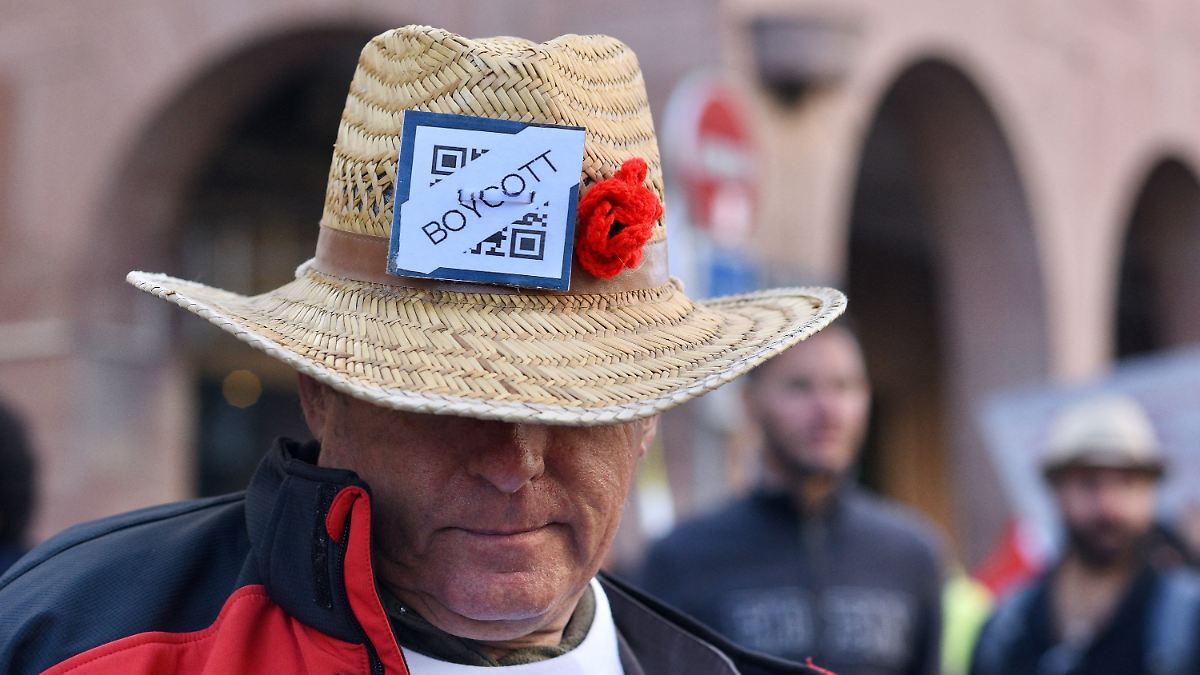 In France, people have been taking to the streets against the Corona pass for months. The government is now planning to extend it well into the coming year. In addition, there should be harsher penalties for the use of forged health passports.

The French government wants to be able to use the controversial health passport to fight the corona pandemic by summer 2022. The cabinet in Paris discussed a corresponding legislative proposal, which the AFP news agency had before. Accordingly, the penalties for fake health passports are to be increased to up to five years in prison and 75,000 euros.

In France, the health passport must be presented for many events and in many public places. He has a full corona vaccination, a recovery from Covid-19 or a negative corona test.

Originally, the health pass should only be used until November 15th. According to the draft law, the government must explain to parliament the reasons for extending the passport by the end of February 2022 at the latest. The legal basis for imposing curfews and closing businesses in the event of a new flare-up of the pandemic should also apply until the summer.

“It’s not about extending the health pass until July 31,” emphasized government spokesman Gabriel Attal on the broadcasters BFMTV and RMC. The government only “gives itself the opportunity to use it”. As soon as it is possible, the government will forego it.

In France, people regularly take to the streets to protest against the health passport and other corona measures. However, the number of demonstrators has decreased in recent weeks. Last Saturday there were around 40,000.

From Friday onwards, corona tests in France will be chargeable in certain cases, primarily for non-vaccinated adults without medical reasons. The government hopes this will encourage more people to vaccinate. In Germany, the citizen tests have usually no longer been free of charge since last Monday.

Currently, around 88 percent of all French people over the age of twelve have received at least one dose of vaccine. Meanwhile, the Corona incidence in France has dropped below 50 across the country. According to the Robert Koch Institute, the seven-day incidence in Germany is currently around 65. The value indicates the number of new infections per 100,000 inhabitants within a week.