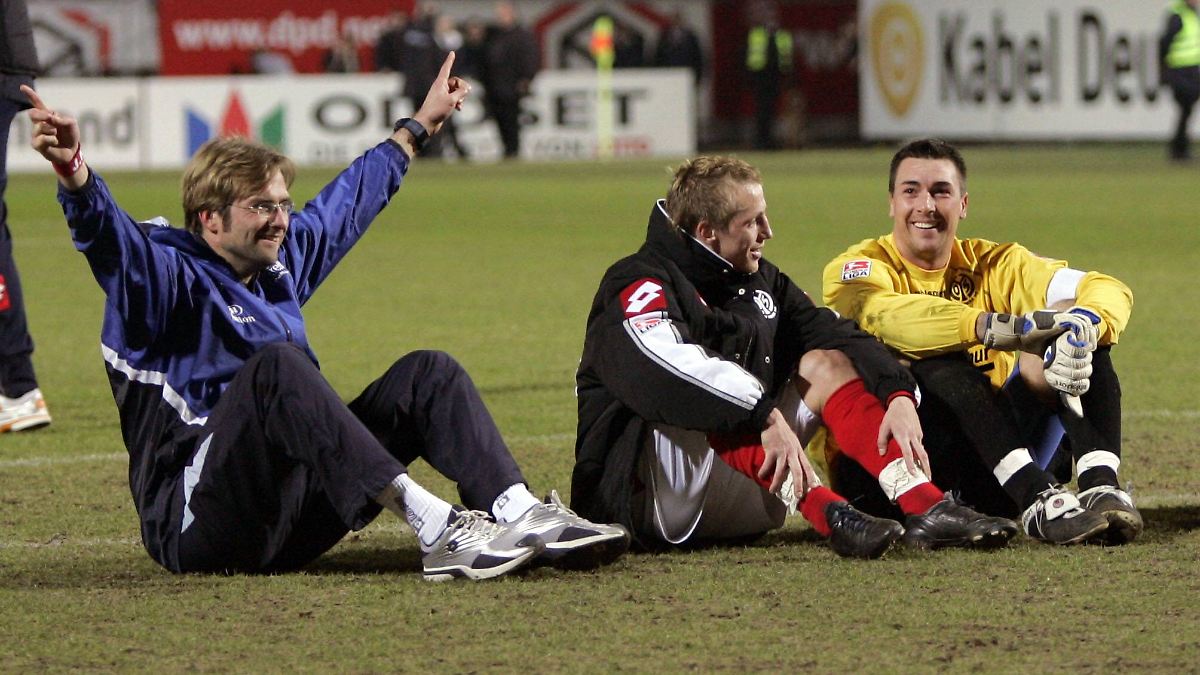 The fact that Dimo ​​Wache is working as a goalkeeping coach again borders on a miracle. Because the body of the 47-year-old is battered by his career as a keeper. 35 operations have left their mark. The last two and a half years in particular have been a struggle for quality of life.

Soccer goalkeepers are often impressive appearances who not only stop opposing strikers with their reflexes, but also appear intimidating with their physical presence in the penalty area. Dimo Wache is such a phenomenon, he is considered a legend at 1. FSV Mainz 05 and was named honorary captain after his career. He played 406 competitive games for the Rheinhessen from 1995 to 2010 and is still the record player for the club, who was promoted to the Bundesliga for the first time with guard in goal and coach Jürgen Klopp on the sidelines. And that Klopp also contributes to the fact that it is the “Hessenschau” describes as an almost “medical miracle” that Dimo ​​Wache can now climb a few steps again on his own.

Wache is currently the goalkeeping coach in Darmstadt.

Behind Wache are “two and a half years of hell”, which the now 47-year-old sums up in an interview with the “Hessenschau”: “The consequences that a professional career sometimes entails had to be eliminated.” Not only does that sound dramatic, it is. Both knee joints had to be replaced after the end of their active career, and the right ankle joint has been stiffened since October 2020. “The injuries that made operations necessary were ultimately work accidents,” says Wache.

He talks about how Mainz coach Jürgen Klopp once asked him in the closing stages of a season to return to goal despite a shoulder injury that was not yet fully cured. Wake’s representative Christian Wetklo was also injured and the goalkeeper’s shoulder was far from healthy again after the “total loss”. When the guard agreed anyway, “my physiotherapist didn’t speak a word to me”, as he explained to the “Hessenschau”. “The shoulder is just as broken now as everything else.”

A smell is especially helpful

“Everything else” sums up 35 operations that the former competitive athlete has now undergone. The worst time has only just been overcome, as Wache recently told the “kicker” quite succinctly: “If you have to learn to walk again at the age of 47, it’s not so pleasant. Sometimes you also despair.” It is the consequence of the interventions on the knee and ankle, which were inevitable, “because I was told in no uncertain terms that everyday walking, everyday life would have become problematic.” The “Hessenschau” also tells Wache that it was even prophesied that he would not be able to walk through the operations with a walker.

This summer, however, Wache returns, after more than two years on sick leave and in rehab, he is back working as a goalkeeping coach at the second division club SV Darmstadt 98. And smelling the lawn again, that characteristic smell that everyone knows who is on the or at least regularly stands on the soccer field. “I just wanted to get that smell up my nose again,” says Wache, refuting the medics who had told him that he would not make it.

Sure, the movements are no longer as smooth as they were when they were young, “the foot swells up a lot after high stress” and the muscles around the knees are still as they should be. But Wache learns to deal with it. And don’t regret his career either. “Now that’s the price I have to pay for it.” For the 18 years as a professional footballer, the 1995 DFB Cup victory as Gladbach’s substitute keeper, the 406 competitive games for 1. FSV Mainz 05, for football, which “gave me an incredible amount”.