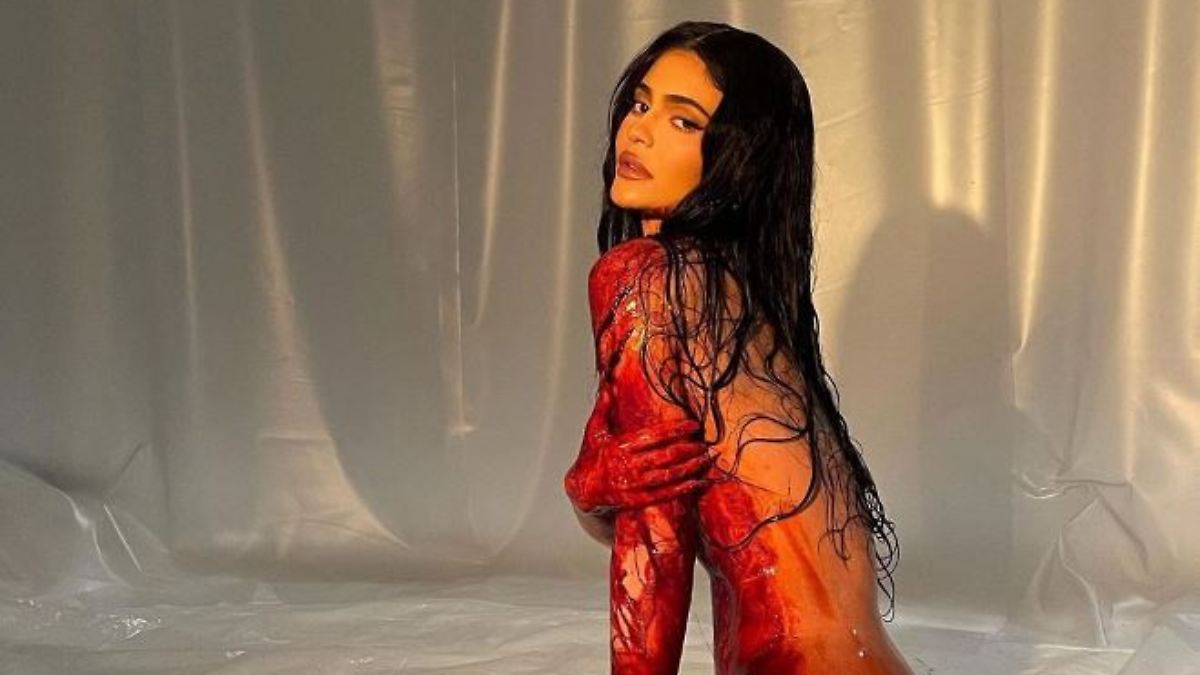 Halloween is still over two weeks away. But some stars can apparently no longer wait. Kylie Jenner, for example. She is now releasing a couple of very bloody recordings of herself. But behind the photos there is an ice cold calculation.

At first glance, it’s a pretty bloody affair that Kylie Jenner presents on her Instagram page. But of course it should be fake blood with which the entrepreneur was smeared here.

The 24-year-old shared two pictures in which she is splattered with red paint from head to toe and sitting on a plastic sheet in what appears to be a pool of blood. She looks lasciviously into the camera and covers her breasts with her arms and long brown hair. Because Jenner is naked in the photos!

However, the bloody pictures are only partially well received by their followers. Many refer to them as “disturbing”. “This post needs a warning,” comments one user. “What the hell, Kylie,” writes another. A few fans in turn find words of praise for the action, which they comment on, for example with flame emojis.

It is pretty clear what Jenner wants to achieve with the sensational pictures: advertising for her beauty label Kylie Cosmetics. A week ago she had already posted a clip for this purpose, which also showed her bathing in fake blood. Now her “Kylie Nightmare on Elm Street Collection” is to appear – a reference to the horror film classic “A Nightmare on Elm Street” from 1984, in which serial killer Freddy Krueger struck for the first time.

In her Instagram story, Jenner holds the associated products in the camera, including blood-red lip gloss or an eyeshadow sequin in pink, beige, blue and red. Other videos show Jenner walking through a Halloween landscape with her little daughter Stormi Webster. A sign bears the street name “Elm Street”. Other products refer directly to Freddy Krueger. Also present at the premature Halloween party: Kylie Jenner’s mother Kris Jenner, who can also be seen in the short clips.

Kylie Jenner is currently expecting her second child. She is already the mother of three-year-old Stormi Webster. The father in both cases is the rapper Travis Scott. Jenner announced that she was pregnant again in early September with a video on Instagram. The media had previously speculated about a new pregnancy.