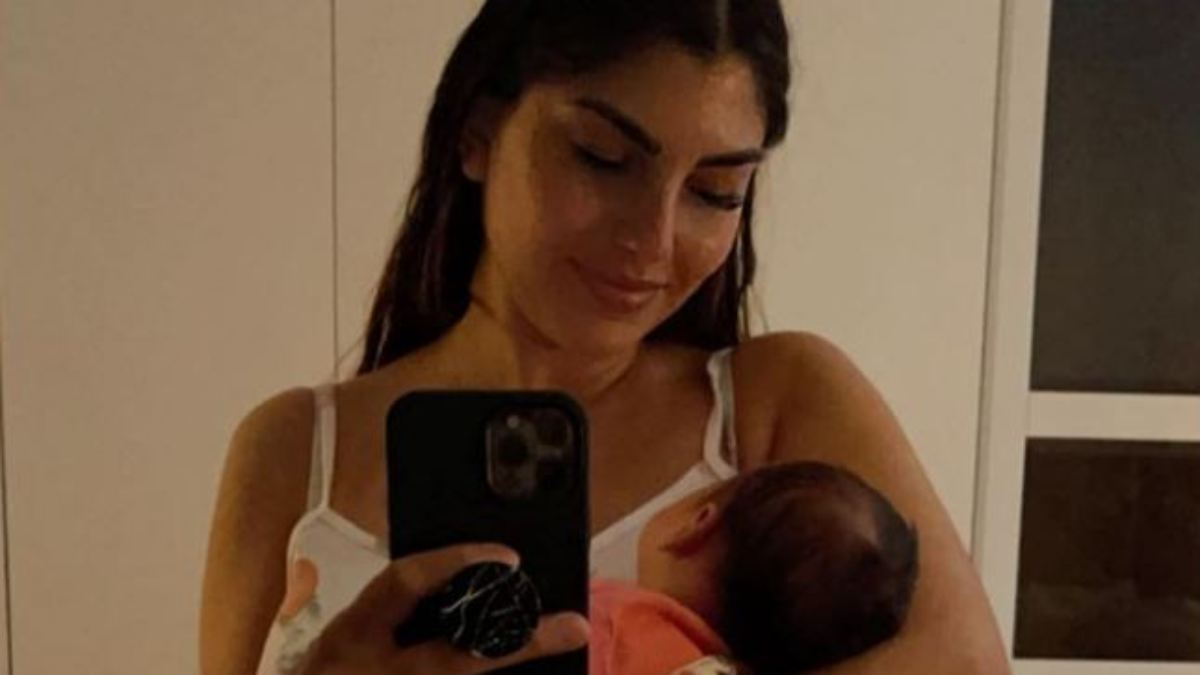 Most recently, Yeliz Koc made headlines with the separation from Jimi Blue Ochsenknecht and the ensuing War of the Roses. But now it can shine again. After all, their daughter was born at the beginning of October. And now she proudly shows it.

Yeliz Koc presents daughter Snow Elanie for the first time. In a mirror selfie, the influencer holds her baby in her arms.

“I’ve missed something all my life, I never knew what. Today I know,” she comments on the picture. In the hashtags, she also makes it clear that she is the “happiest mother in the world”. The little girl, who already has a lot of hair, can only be seen from behind in the picture.

Just an hour after it was published, the post had received more than 56,000 likes. Among other things, the baby’s father, actor Jimi Blue Ochsenknecht, “liked”. And also the now two-time uncle, actor Wilson Gonzalez Ochsenknecht, likes what he sees. The younger sister of the two, Cheyenne Savannah Ochsenknecht, had also become a mother in the spring.

Birth with the father

In the summer of 2020, Jimi Blue Ochsenknecht shared the first couple photo together on his Instagram account, confirming his love for the influencer and former “Bachelor” candidate. The two also revealed on Instagram in February that their first child is on the way. In the spring they had moved from Berlin to Hanover. The couple separated during pregnancy. Snow Elanie Koc was born on October 2nd in Hanover.

After the separation, a public war of roses between the ex-couple emerged. Koc also involved Natascha Ochsenknecht, the mother of Jimi Blue, in him. “Then Mutti gets involved again for attention and reach,” Koc etched against the 57-year-old, whose three children come from her previous marriage to actor Uwe Ochsenknecht.

In the meantime, however, the waves seem to have smoothed out somewhat. Yeliz Koc recently revealed that Jimi Blue Ochsenknecht was there when her child was born.