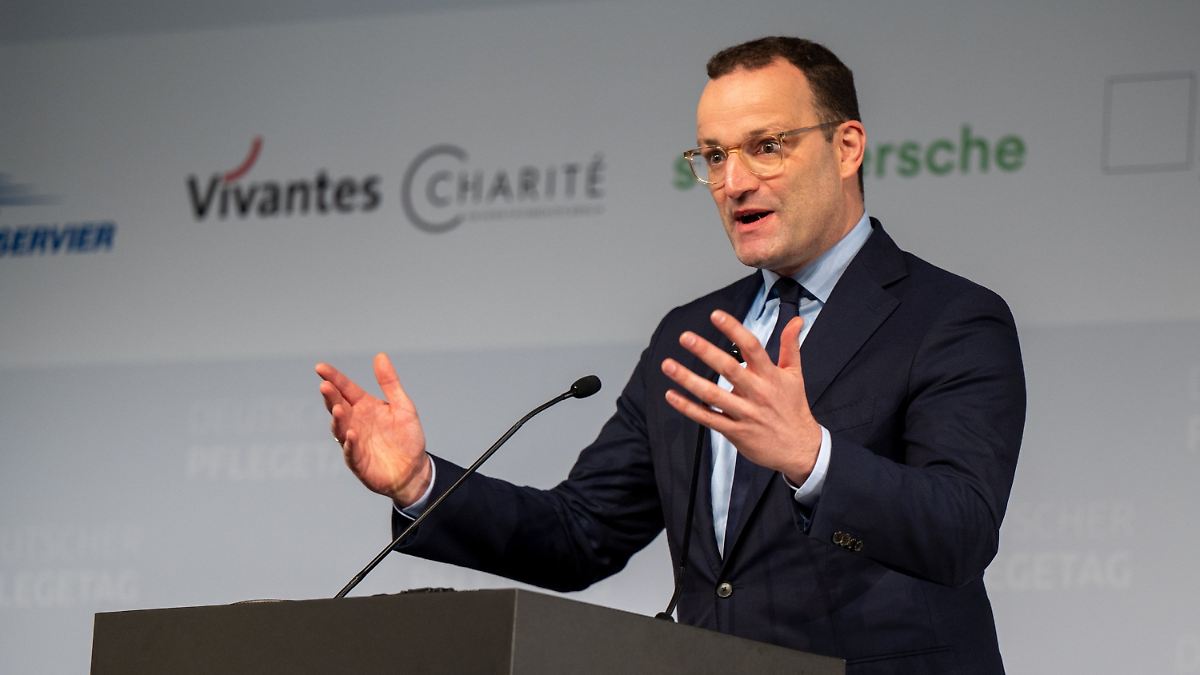 At the start of the “German Care Day”, Minister of Health Spahn meets employees in the industry. The biggest problem is filling vacancies, says the CDU politician. But the debate has to be honest: better pay and more staff lead to higher costs.

Federal Minister of Health Jens Spahn sees the greatest challenge in nursing in filling vacancies. You need a lot of patience for that, and that cannot be resolved by law, he said at the start of the “German Care Day”. “Every hospital, every outpatient or inpatient nursing service in Germany is currently looking for staff and has the money for the positions, but it just cannot fill them.” That is the big task for the 20s.

The minister agreed to demands from carers for better pay and also advocated further increases in minimum wages. The question of collective bargaining is actually a task between employers and employees. “No one can take a topic from you, whoever becomes a minister for the next 20 years,” he said to the participants in the congress. That is the question, “how much do you unite yourself to assert your interests”. Every hospital and every nursing service is looking for staff. “You sit on the longer lever.”

“At least a decade-long task”

Spahn called for an honest debate about the cost of care. To ask for more staff and better pay and then complain about the costs, “that doesn’t quite fit together,” said the minister. Anyone who says “a” and demands improvements “must then also say ‘b’ that this is associated with costs”. Society must lead this debate.

“We were expensive because, for example, we invested in care,” admitted Spahn with a view to the public discussions about the costs of health and care. But the corona pandemic in particular shows: “A strong health system, strong care, gives personal security in times of crisis.” Often the problem is that the money is available for the positions, but they cannot be filled. “The path is longer than three years, that is at least a decade-long task,” emphasized the Minister of Health.

In Spahn’s opinion, the grand coalition has “done quite a bit” in the field of care over the past few years. He referred to newly created jobs, better pay, for example through minimum wages in care for the elderly, and reforms in training such as the abolition of school fees. The number of trainees in nursing is higher than ever before.