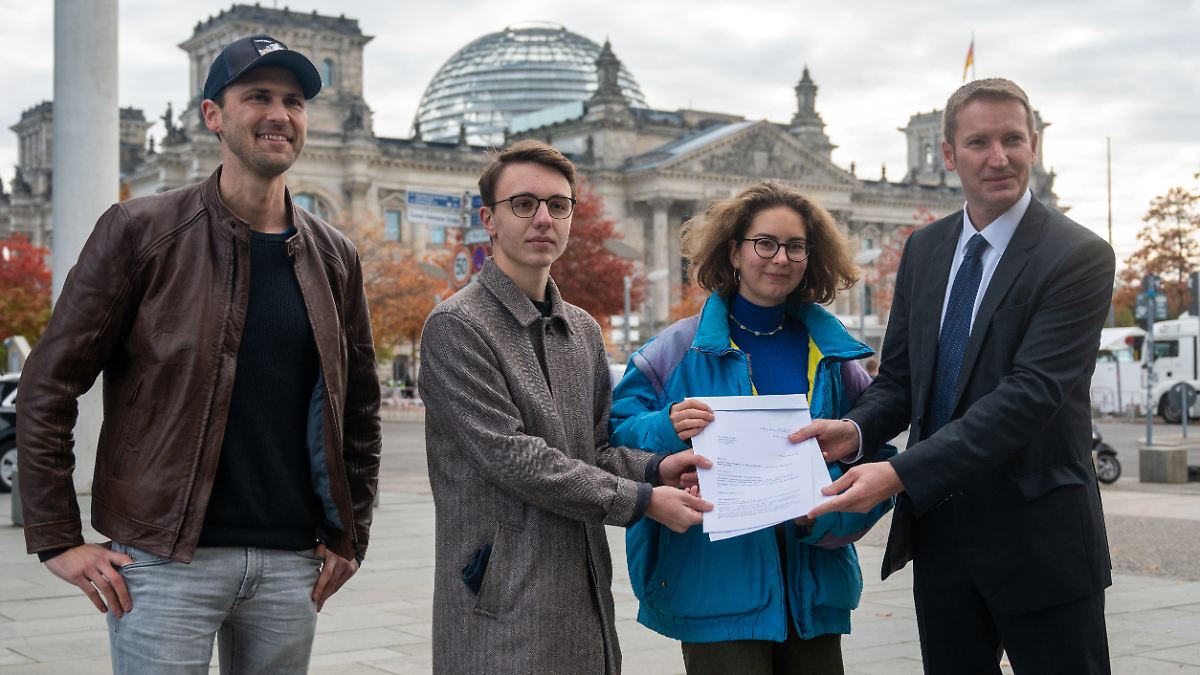 You are the generation of the future – and are now demanding a right of participation. With the help of an objection, supporters of the “Fridays for Future” movement want to take action against the age limit in the federal election. They provide several arguments at the same time.

Young activists from the climate protection movement Fridays for Future have appealed against the federal election. This was undemocratic because millions of Germans under the age of 18 did not have the right to vote, they justified their approach. The objection is supported by the Foundation for the Rights of Future Generations.

“The exclusion of young people from the electorate cannot be brought into line with the democratic principles of popular sovereignty and universal and equal suffrage,” says the objection from 17-year-old Linus Steinmetz, who was already a complainant in the successful climate action before the Federal Constitutional Court was involved, as well as the 17-year-old climate activist Franziska Wessel.

“We have a right to democracy”

The objection was handed over to the chairman of the election review committee, the CDU member of the Bundestag Patrick Sensburg. The panel must now deal with it.

“All state power emanates from the people! We young people also belong to the people and have the same right to participation,” emphasized Wessel. “We young people will still live to see the year 2050. We have been affected the hardest and for the longest time by today’s decisions, but we are not allowed to have a say. We have a right to democracy,” said Steinmetz, calling for the 18-year limit to be abolished.

The democracy researcher Wolfgang Gründinger took part in the campaign for the Foundation for the Rights of Future Generations. Unlike in some cases at the regional and municipal level, participation in the federal election is only possible after reaching the age of majority. In any case, due to the demographic development, older people are much more represented in elections than younger people.