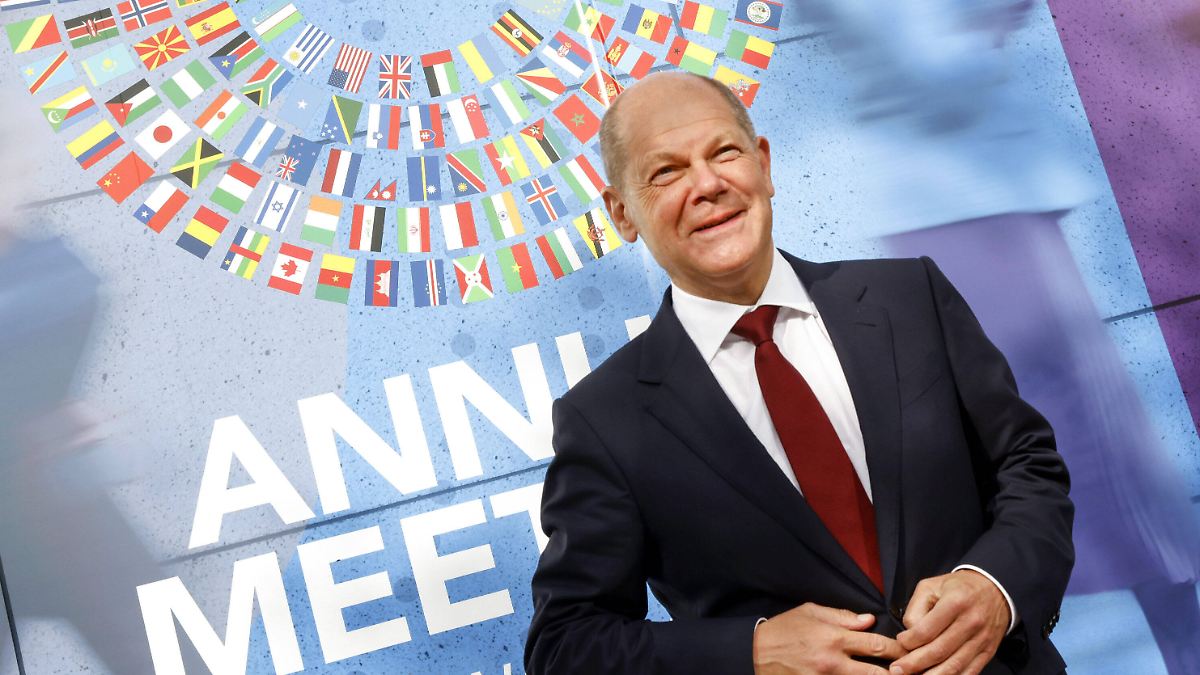 With the White House behind him, SPD Chancellor candidate Olaf Scholz declares in Washington that the traffic light explorations can be ended by December. His trip to the USA, however, has a completely different reason.

SPD Chancellor candidate Olaf Scholz has shown himself confident that the negotiations for the formation of a new federal government can be successfully concluded in the coming weeks. “Everyone has decided to work quickly now, and the explorations are taking place in a very, very good and constructive atmosphere,” he said at a press conference in front of the White House in Washington.

Olaf Scholz and his Canadian colleague Chrystia Freeland in front of the White House in Washington.

That is why he is “sure that the project that all three parties are exploring together can also be realized, namely that we will have a new government before Christmas”.

Scholz takes part in a meeting of the finance ministers of the G20 states in Washington, which is taking place there as part of the annual meeting of the International Monetary Fund and the World Bank. The focus of the G20 meeting will be on recent progress in introducing a global minimum tax for businesses.

Canadian colleague congratulates and thanks

The minimum tax was also the official occasion for Scholz’s press conference, at which he appeared together with Canadian Finance Minister Chrystia Freeland. In front of the journalists, Freeland congratulated her German colleague on his election victory, and she also expressly thanked him for his personal commitment to global minimum taxation: Scholz has been campaigning for this multilateral agreement for a long time. Scholz said he was happy to have been able to work with Freeland on the subject over the past few years, “because it is not very easy to reach an international agreement”.

The G20 finance ministers would “adopt” the international understanding already reached on minimum taxation in Washington, said Scholz. The heads of state and government of the G20 also have to give their approval later. This is “a very special moment,” said Scholz. “We will succeed in ending the downward competition with ever lower corporate tax rates, which has burdened the international community so much in recent decades. With the international minimum taxation of large companies, we will also have considerable additional income – worldwide, but also very specifically in Germany. “

Scholz spoke of “great progress in international taxation” and “revolutionary reform”. When asked whether this additional income would have an impact on the exploratory negotiations in Germany, Scholz said that it would initially help “democracy and fairness in our societies”. “We had to and must achieve that the baker around the corner doesn’t have the feeling that he pays more taxes than a global company”.