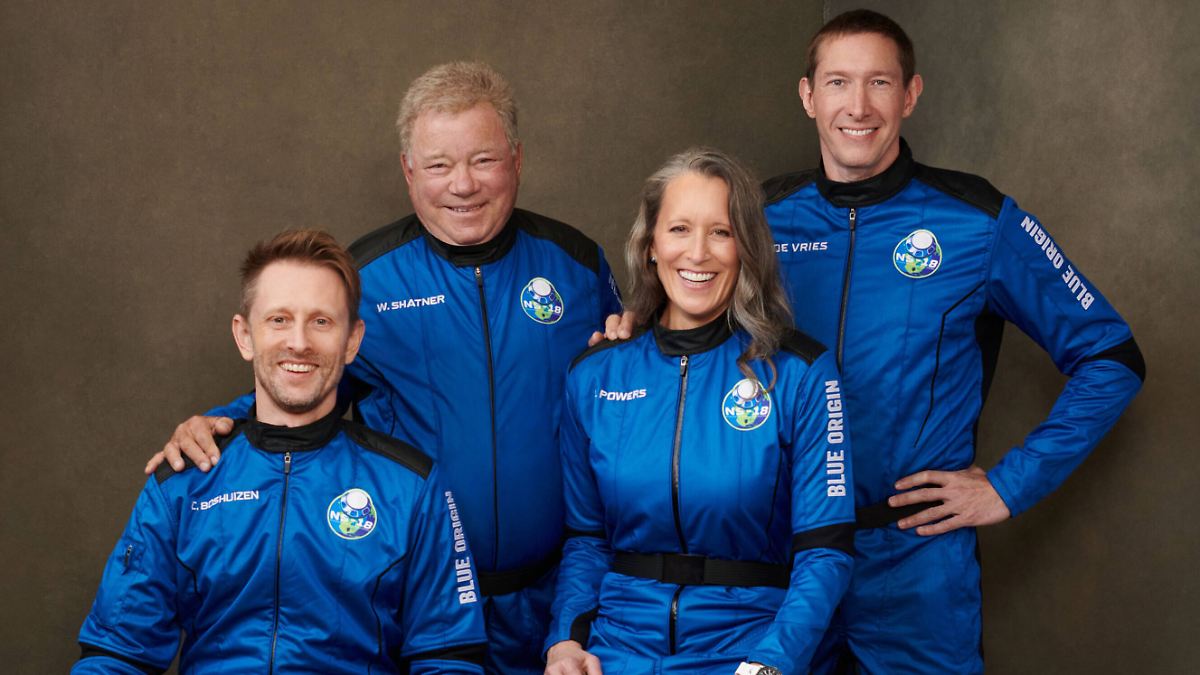 “Captain Kirk” is a bit afraid even before his trip to space and then it will be postponed. But this afternoon it should really be that far. At the age of 90, William Shatner will be the oldest person to have traveled into space. But he’s not in command: almost everything works automatically.

The “Star Trek” icon William Shatner is supposed to actually fly into space for the first time in the afternoon at 3:30 p.m. CEST. The 90-year-old Canadian actor, who became famous above all for his role as “Captain Kirk” on the “Spaceship Enterprise”, is supposed to go on a ten-minute excursion to space with a space capsule from Amazon founder Jeff Bezos’ Blue Origin company. Shatner would become the oldest human ever to travel to space.

Due to the forecast of stronger winds, the flight originally planned for Tuesday had previously been postponed to this Wednesday. It is the second manned flight of the New Shepard capsule. On the first in July, Bezos was on board himself, along with his brother Mark, an 82-year-old former US pilot and an 18-year-old Dutchman. The former NASA engineer Chris Boshuizen, the entrepreneur Glen de Vries and the deputy head of Blue Origin, Audrey Powers, will now fly with Shatner.

The participation of “Captain Kirk” as the fourth passenger is seen as a PR coup for Bezos and his company Blue Origin. Unlike Boshuizen and De Vries, Shatner did not pay for his ticket, but was invited as a “guest” by Blue Origin, reported the New York Times, citing the company.

He doesn’t have to take command in the Blue Origin space capsule – it flies largely automatically. In addition, it does not go through the “endless expanses” of space and into “foreign galaxies”, but only for around ten minutes to around 100 kilometers above the earth above the west Texas desert, at times with weightlessness, before the reusable capsule is slowed down by large parachutes lands again. The International Aviation Association (FAI) and many other experts see 100 kilometers above the earth as the limit to space, but there are no binding international regulations.

In the run-up to the event, Blue Origin published a photo of the four participants of the all excursion in blue spacesuits via Twitter and a video that shows Shatner during the preparations and together with Bezos. The adventure is “life-changing” for him, says Shatner. “It seems like there is a lot of interest in the fictional character ‘Captain Kirk’ actually going into space – so let’s go with it and enjoy it.”