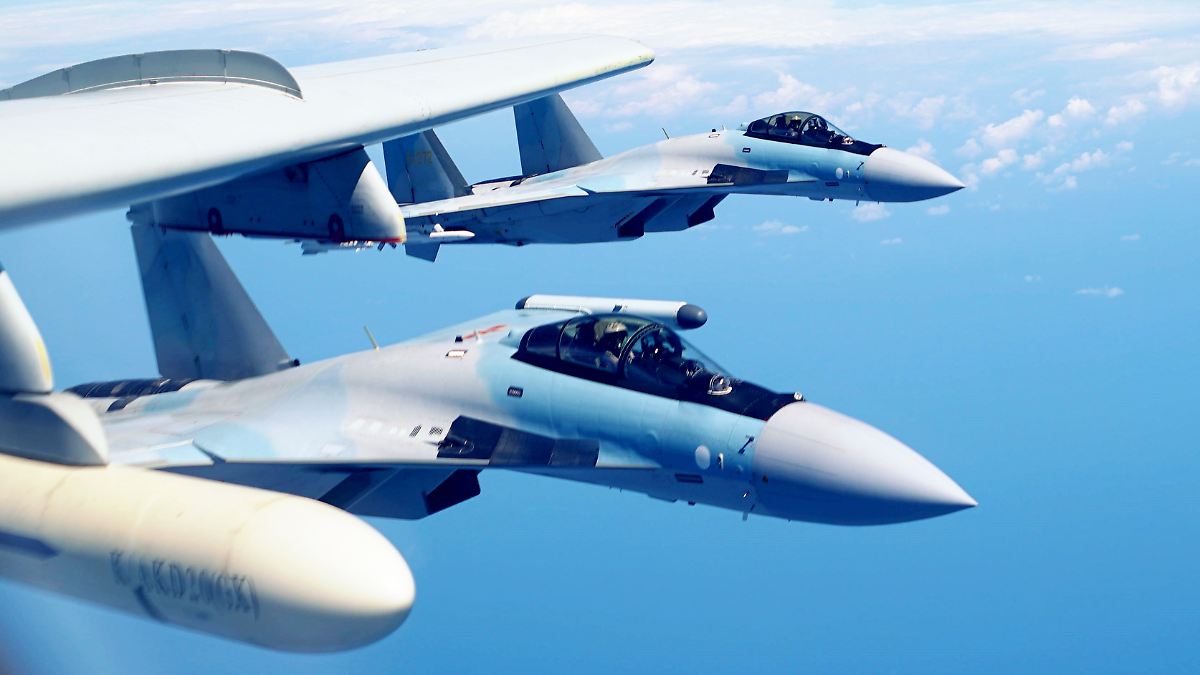 According to official reports, the latest maneuvers by the Chinese armed forces are aimed at independence efforts in Taiwan and the interference of other states such as the USA in the conflict. Taiwan State Council spokesman Ma Xiaoguang told journalists in Beijing that the exercises were necessary “to protect national sovereignty and territorial integrity.” “Taiwan’s independence will only bring bad luck to compatriots in Taiwan.”

The military actions had increased tensions around Taiwan. A record number of Chinese military aircraft had repeatedly broken into Taiwan’s Air Defense Identification Zone (ADIZ) to put air defenses to the test. In the coastal province of Fujian on the other side of the island’s democratic republic, Chinese troops had demonstratively practiced landing maneuvers on the beach.

The communist leadership in Beijing regards Taiwan as part of the People’s Republic and threatens to conquer it. China’s head of state and party Xi Jinping increased the pressure on Saturday and called for the 23 million Taiwanese to join the People’s Republic peacefully. He warned that Taiwan’s secession would “end badly”.

Taiwan’s President Tsai Ing-wen rejected the request. The future of the democratic country can only be decided by the people themselves, but they want to preserve their free lifestyle. Taiwan has long understood itself to be independent anyway. The conflict also strains the relationship between China and the United States, which are committed to Taiwan’s defense capabilities and supply arms. Beijing accuses Washington of meddling.