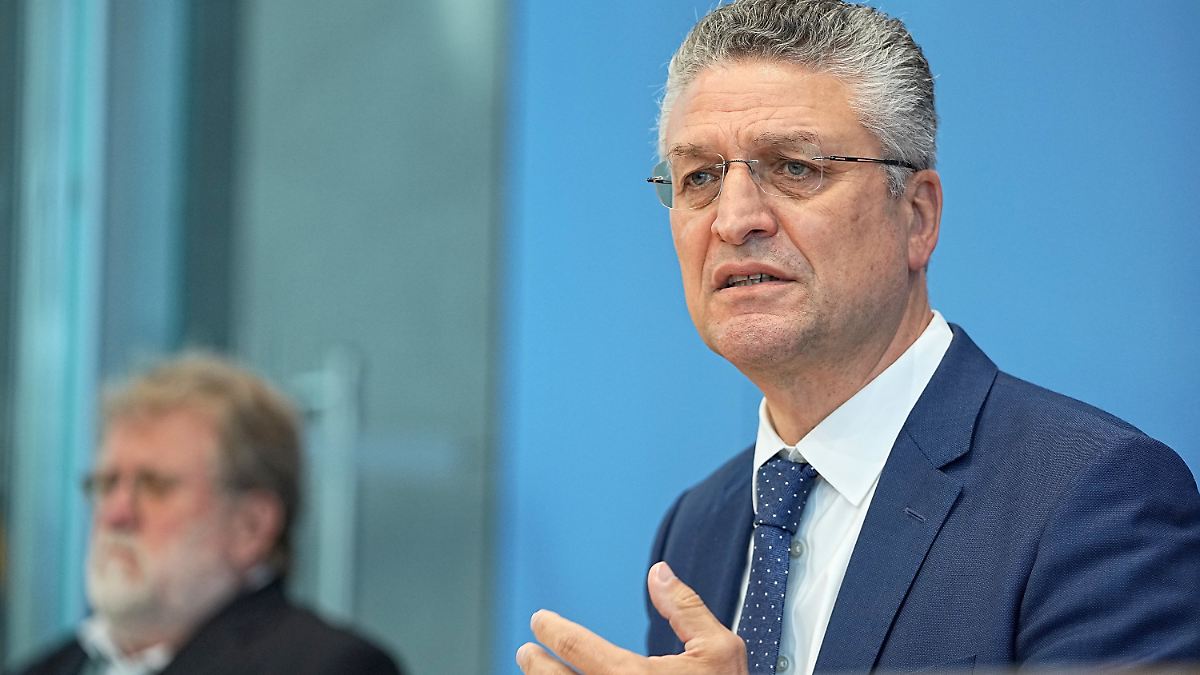 Because of a distortion of the nationwide vaccination numbers, the proximity of the Robert Koch Institute to the federal government is critically questioned. RKI boss Wieler is now defending himself and blaming those who carry out the vaccinations.

The Robert Koch Institute (RKI) has rejected responsibility for the officially reported corona vaccination rates in Germany that are apparently too low. “The RKI can only publish the vaccination data that has been transmitted to it accordingly,” said President Lothar Wieler, according to a statement. Too low a coverage is “not a mistake and not a neglect of the RKI”, but goes back to the failure of some vaccinating agencies to report, it said.

A week ago, the RKI wrote in a report that among other things, more people are probably vaccinated than the official data suggest. This is indicated, among other things, by a survey of citizens. For example, the rate for people who have been vaccinated once and fully from the age of 18 is likely to be up to five percentage points higher. After the publication of this report, there was criticism of RKI boss Wieler, among other things.

The virologist Christian Drosten has the RKI also taken under protection. He does not consider the unilateral assignment of blame to the RKI and Wieler to be justified, said the expert from the Berlin Charité in the “Coronavirus Update” podcast at NDR-Info. The topic is not new either, the RKI has been pointing out the problem for a long time. Ultimately, the public excitement about the discrepancy is “completely in vain,” said Drosten. Previously, politicians from the FDP and the Greens had complained about political influence on the RKI and criticized Wieler.