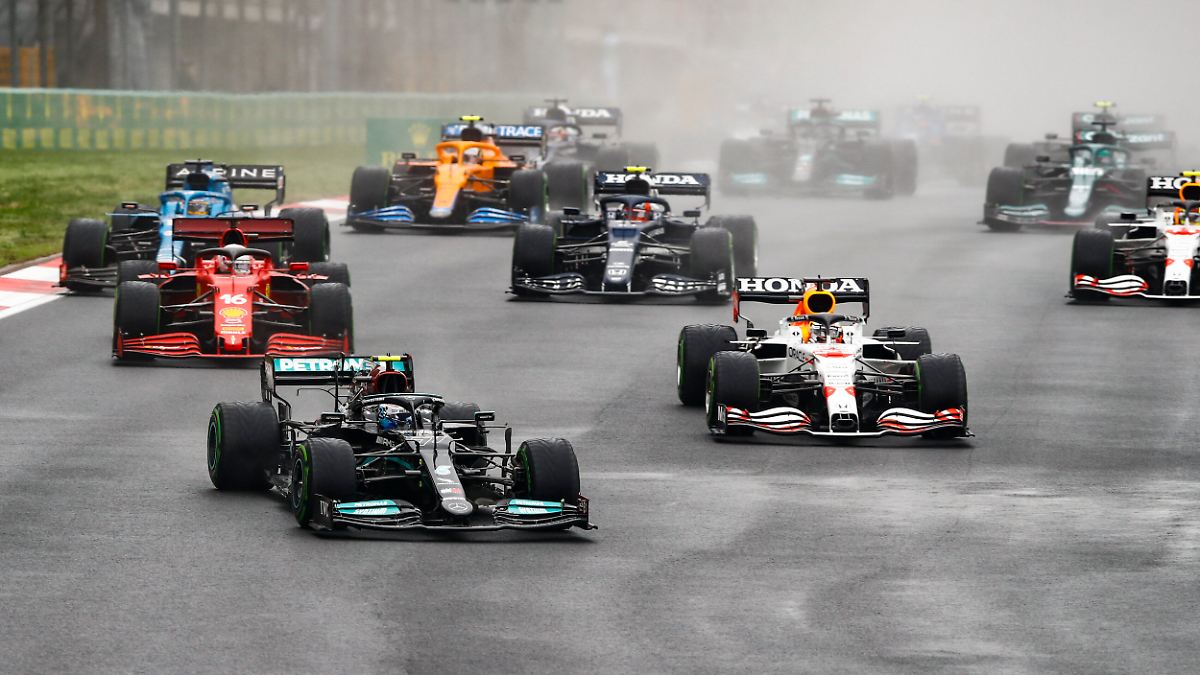 Red Bull challenger Max Verstappen is six points ahead of defending champion Lewis Hamilton after 16 races in the Formula 1 World Championship. Because Mercedes not only made up for its performance disadvantage in the first half of the season, but also gained a lead, Red Bull has pricked up its ears.

Lewis Hamilton could lead the championship standings – quite confidently even if the last four races hadn’t gone as they did since the end of the summer break. The race at Spa was completely rainy, degenerated into a two-lap farce. In the full-throttle temple of Monza, the black lacquered Silver Arrows were actually towering. A failed start Hamilton in the sprint race, however, masked this, in the race there was then a serious accident with Verstappen, which pushed both out of the race and which Hamilton survived without serious injuries thanks to the Halo cockpit protection.

In Sochi, Hamilton finally won dominantly, in Turkey a grid penalty as a result of an engine change prevented the next triumphant drive. What would have been possible for the fastest qualifying and seven-time world champion on the Bosporus was proven by the easy victory of team-mate Valtteri Bottas.

Hamilton may not have achieved the maximum number of points in the past races and may even have lost the lead in the drivers’ championship. The balance of power in the World Championship fight has nevertheless shifted in his favor. Especially in terms of engine power, Mercedes has upgraded a lot since Silverstone and is so fast on the straights that the only serious competitor, Red Bull, rubs its eyes in amazement.

“You have made a considerable step forward with your speed on the straights,” said Red Bull team principal Christian Horner in Turkey. “We were able to compensate for that with smaller wings before, now we can’t get anywhere.”

The Mercedes advantage was particularly evident in Istanbul Park, where, according to Horner, Hamilton “had a significant advantage on the straight despite a larger rear wing”. The boss’s warning to his team: “We have to maximize our package as best we can, it is surprising that you have taken such a step with the Power Unit.”

Surprisingly, in Formula 1 language it can be decoded as follows: Something cannot go right in the rear of the Mercdes W12. Which is why Red Bull has naturally already approached the FIA ​​with the topic. Not with an “official protest”, as Horner emphasized. They only asked “a few questions”, which Red Bull is not alone with.

Other manufacturers have also raised questions that are now in the room. “Now it’s up to the FIA ​​to look at it and monitor it,” said Horner, who added tellingly: “When you have a speed on the straight that is higher than with the DRS open, that’s very impressive.” Impressive, also the one word from the “surprising” category, praise that also resonates with suspicion.

Hamilton was “15 to 20 km / h” faster than Verstappen on the Turkish straights, said Horner. “That’s phenomenal. We have to find a bit of speed on the straights – maybe they had a different downforce configuration, but we have to find speed. There are a couple of tracks that will hopefully suit us, but Austin is Hamilton territory,” glanced the Red Bull team boss is pessimistic about the US Grand Prix in a week and a half. Since the beginning of the hybrid era, Mercedes has won five out of six races in Texas, with Hamilton alone four times. Verstappen may lead in the World Cup – Red Bull is still under a lot of pressure.