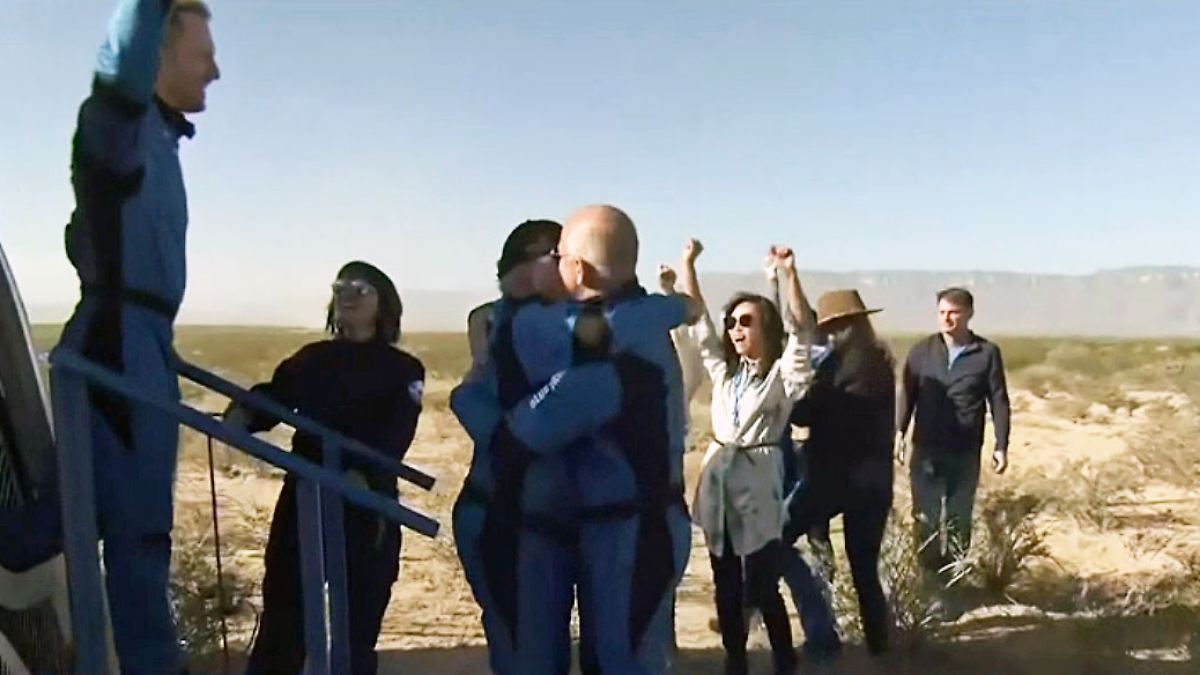 The second manned flight of the “New Shepard” capsule from Amazon founder Jeff Bezos – this time with the famous “Captain Kirk” actor. The all excursion with William Shatner takes around ten minutes. The capsule lands on schedule a few kilometers from the launch pad.

The “Star Trek” icon William Shatner really flew into space for the first time. The 90-year-old Canadian actor went on a ten-minute excursion to all aboard a “New Shepard” space capsule from the Blue Origin company owned by Amazon founder Jeff Bezos. Shatner, who became famous above all for his role as “Captain Kirk” on the “Starship Enterprise”, is now the oldest person in space history to ever travel to space.

The “New Shepartd” space capsule takes off into space.

Former NASA engineer Chris Boshuizen, entrepreneur Glen de Vries and Blue Origin deputy head Audrey Powers flew with Shatner. The space capsule, which took off and landed in the western Texas desert, flies largely automatically. It is the second manned flight of the New Shepard capsule. On the first in July, Bezos was on board himself, along with his brother Mark, an 82-year-old former US pilot and an 18-year-old Dutchman.

Shatner’s participation as the fourth passenger is seen as a PR coup for Bezos and his company Blue Origin. Unlike Boshuizen and De Vries, Shatner did not pay for his ticket, but was invited as a “guest” by Blue Origin, reported the New York Times, citing the company.