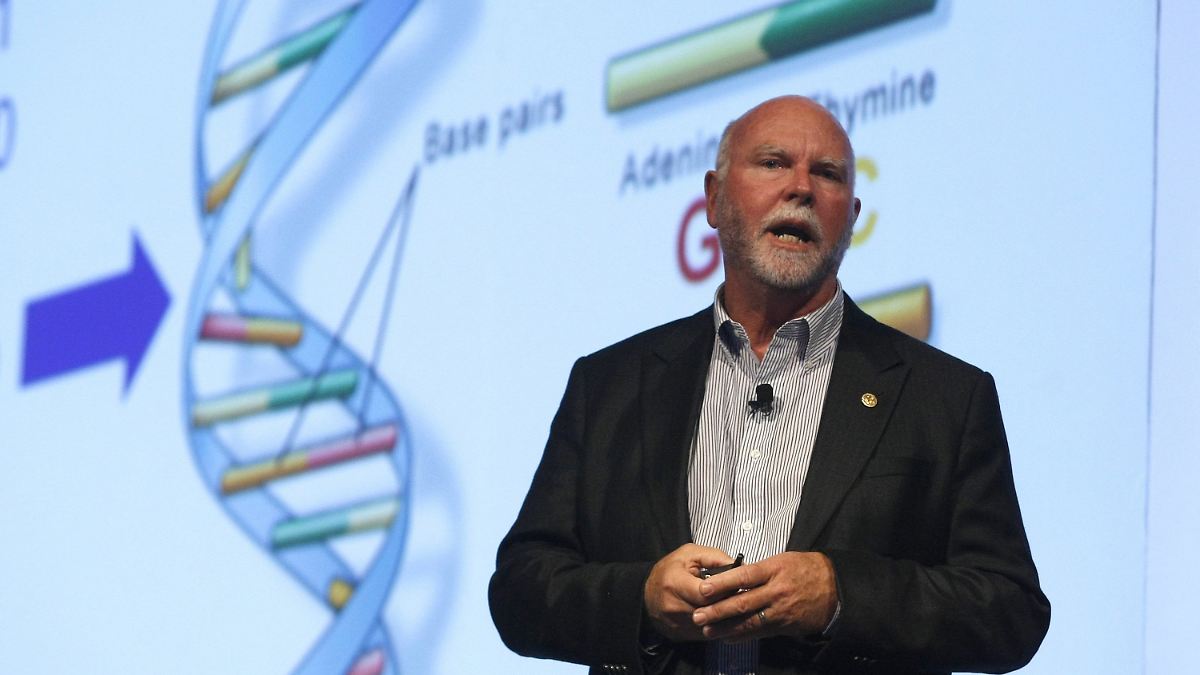 First Craig Venter deciphers the human genome, then he creates the first bacterium with an artificial genome. Most recently, he is fighting against aging in the laboratory. But the gene pioneer has always been controversial. He is now 75.

Craig Venter was never known for humility. “I think that is much more important than walking on the moon,” said the US scientist, who will turn 75 on October 14, once about his greatest achievement: the decoding of the human genome. In 1999 he challenged an international team of researchers who had been working on it for a long time. After only 15 months he reached the goal at about the same time as the state-funded Human Genome Project – like “on steroids and cocaine”.

The action made the dazzling researcher world famous – but also deeply controversial. After that, he and his team continued to announce new discoveries and projects at a dizzying pace. A bacterium with an artificial genetic material, for example, to save the world from a climate catastrophe and to develop new sources of energy. Or deciphering the genome of tens of thousands of people a year in order to have a huge database for research. Many colleagues accuse Venter of megalomania, narcissism and an overly strong business acumen. But the scientist has already received many prizes and has proven several times that he can accomplish the seemingly impossible.

Most recently, Venter had declared war on aging. He wanted to extend the “healthy life span”, he told the “Wall Street Journal” on the occasion of the founding of the company Human Longevity in 2013. “If we manage to reduce medical costs and improve people’s quality of life by their 100th birthday that would have a huge impact. ” But in 2018 Venter separated from the company in a dispute and since then it has become unusually quiet about the gene pioneer. He still chairs the J. Craig Venter Institute with offices in Rockville, near Washington, and in San Diego, California, where he combined several previous companies.

Vietnam war as a turning point

Born in 1946, the researcher is the son of a German-born accountant from Salt Lake City in the US state of Utah. He grew up in a humble family, was a poor student, and just about graduated. Instead of going to college, he went to the Pacific and surfed for three years until the Vietnam War put an end to that. As a paramedic at the US Navy hospital in Da Nang, he treated wounded compatriots. He then studied medicine and received his doctorate. He has published around 300 scientific articles.

Venter always used himself for research purposes in a publicly effective manner. Around 20 years ago, the researcher published his own as the first genetic blueprint of an individual. Among other things, it emerged that he might – like his father – face an early heart attack.

As a preventive measure, he is now taking cholesterol-lowering drugs and pills for Alzheimer’s, wrote Venter in his autobiography “Deciphered. My Genome, My Life”. But the information didn’t scare him, he once told the German Press Agency. “Knowing about our genetic risks means power – the power to counter them.”