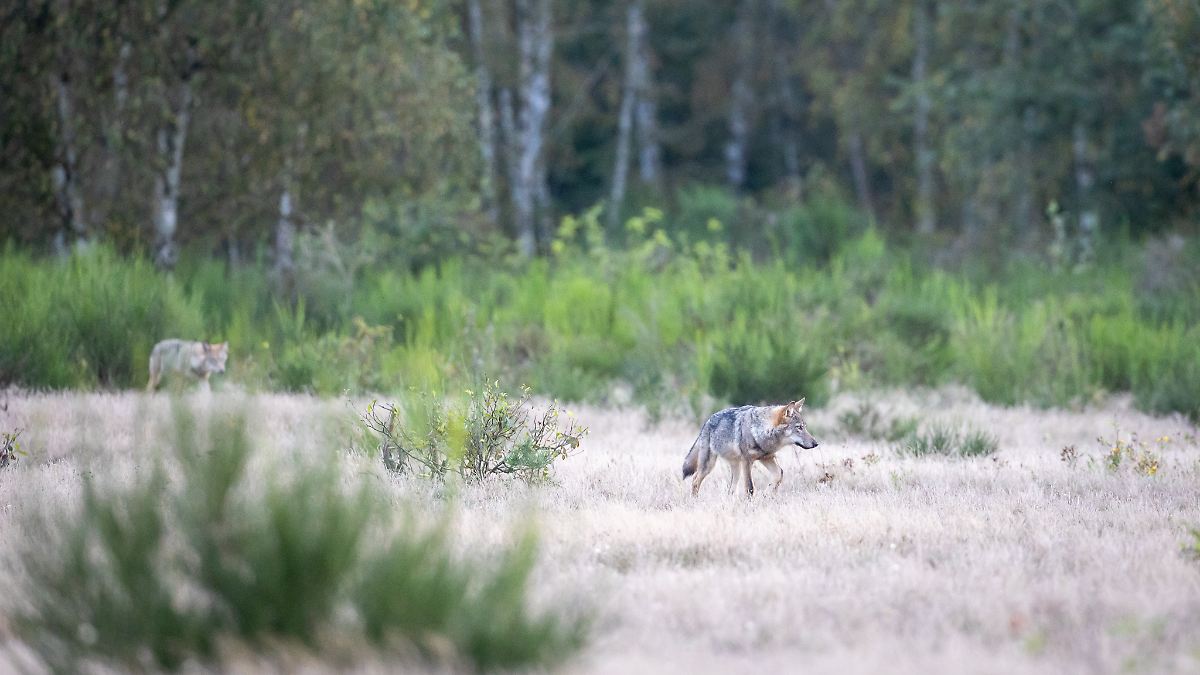 In Berlin, wild boars can now be seen even in broad daylight. You have learned: There is no danger from people. The German hunting association therefore expects that encounters with wolves could take place in large cities soon.

The German Hunting Association assumes that there will be regular sightings of wolves in large cities in the future. Vice President and Wolf Representative Helmut Dammann-Tamke told the “Neue Osnabrücker Zeitung”: “It’s not like in Grimm’s fairy tales that wolves only roam through dark forests. They hardly exist in our cultural landscape anyway.” In view of the “exponential growth” of the wolf population in this country, there will also be corresponding encounters in urban centers.

The Ministry of the Environment in Lower Saxony had previously reported a possible sighting of wolves in a city park in Hanover, which is now viewed as “very unlikely”. In Berlin, the settlement of a pack of wolves a good 30 kilometers from the city center in the Döberitzer Heide has been confirmed. A wolf was spotted in Cologne in May. Dammann-Tamke compared the situation with that of the wild boars, which are as intelligent as wolves. Wild boars can now be seen in Berlin even in broad daylight because they have learned that people do not pose any danger.

“Why shouldn’t this learning effect also occur in wolves?” Said Dammann-Tamke of the newspaper. The wolf is no longer just an issue in the country. The urban population will have to ask themselves whether they want to and can continue to treat the predator with the greatest possible tolerance. Nobody can guarantee that such encounters with wolves will always be peaceful if, for example, the dog walking is recognized as a competitor and attacked. With this concern, people in the cities should now learn to live, said Dammann-Tamke the paper.

This has been the case for a long time in rural regions. He assumed that the further spread of the predators will soon change the political discussion, said Dammann-Tamke. “In federal states with large wolf populations, we cannot avoid targeted population regulation. This is the only way to defuse the conflict.”