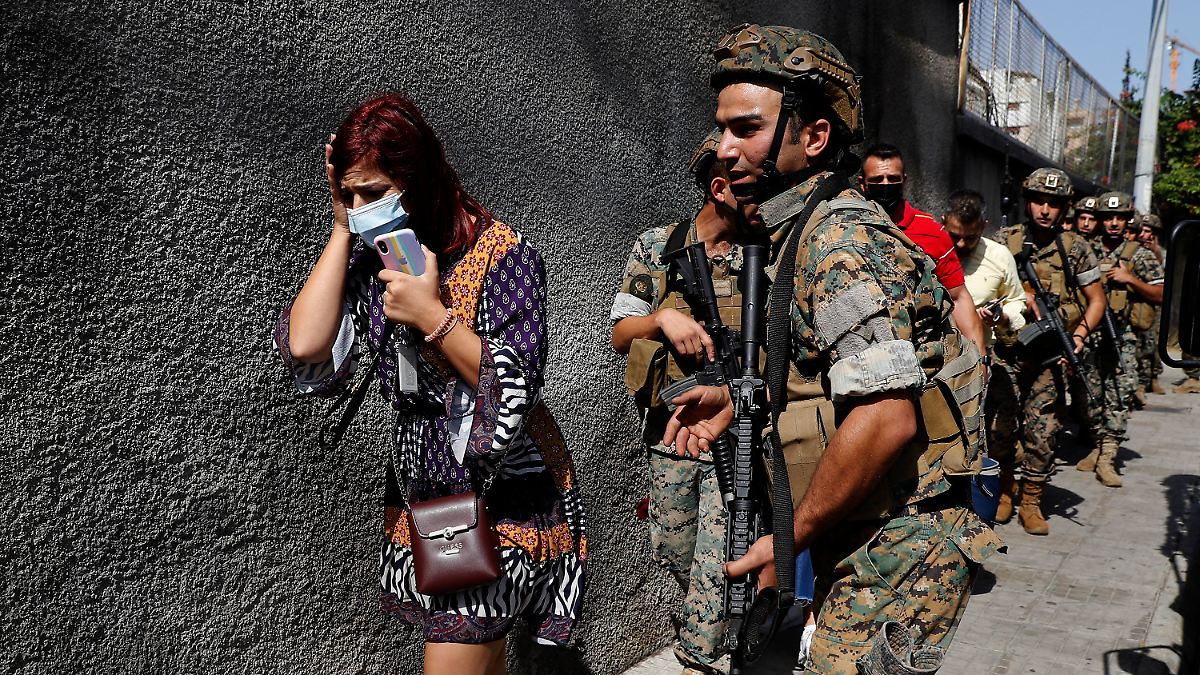 An arrest warrant is issued against an ex-minister in Lebanon for not appearing for questioning as part of the investigation into the explosion in the port of Beirut. Hezbollah supporters call for a protest – shortly afterwards there is a deadly escalation.

The dispute over the slow process of coming to terms with the Beirut explosion has escalated fatally in the Lebanese capital. During a protest there were shots and sometimes heavy firefights on the street. At least six people were killed, according to Interior Minister Bassam Maulawi, and 30 more injured, according to the Red Cross. The videos showed the wounded and armed men exchanging fire in residential areas. The army declared that it would open fire on any riflemen.

According to an eyewitness, the violence began when strangers fired shots from a building near the Palace of Justice. A protest was planned there against investigating magistrate Tarek Bitar, who is leading the investigation into the huge explosion in the port of Beirut in August 2020. More than 190 people were killed and around 6,000 injured.

It was initially unclear who exactly was responsible for the sudden violence. The mood in Beirut was very tense. On a video, crowds of people were seen running across an intersection when the gun was fired, seeking protection. Security forces were deployed in large numbers and blocked roads. Local residents were urged to avoid the area. Parents sometimes fled with their children in their arms or picked up their children from school in a panic.

Reminds of the civil war

The Shiite Amal movement, which maintains close contacts with Hezbollah, which is loyal to Iran, called for a protest in front of the Palace of Justice. She demands that investigating judge Bitar be removed from the case. On Thursday, a court of cassation rejected an application by two Shiite ex-ministers to depose Bitar – shortly afterwards violence broke out on the street. Because of the application, the investigation had been on hold since Tuesday. The two ex-ministers Ali Hassan Khalil and Ghasi Saitar have ties to Hezbollah and Amal.

A few weeks ago, ex-ministers complained against Bitar and accused him of a lack of neutrality during the investigation. The case had been withdrawn from his predecessor six months ago following complaints from accused ex-ministers. Bitar can continue its work for the time being, at least after the new court order. Bitar had issued an arrest warrant for Khalil after he failed to show up for questioning.

Some were reminded of the street fighting of the civil war. At that time, from 1975 to 1990, Christian and Muslim militias, among others, waged a civil war in Lebanon. Thursday’s violence also took place near an earlier demarcation line between Shiite and Christian neighborhoods. Hezbollah and Amal said snipers opened fire from rooftops in an attempt to “deliberately drag the country into combat”.