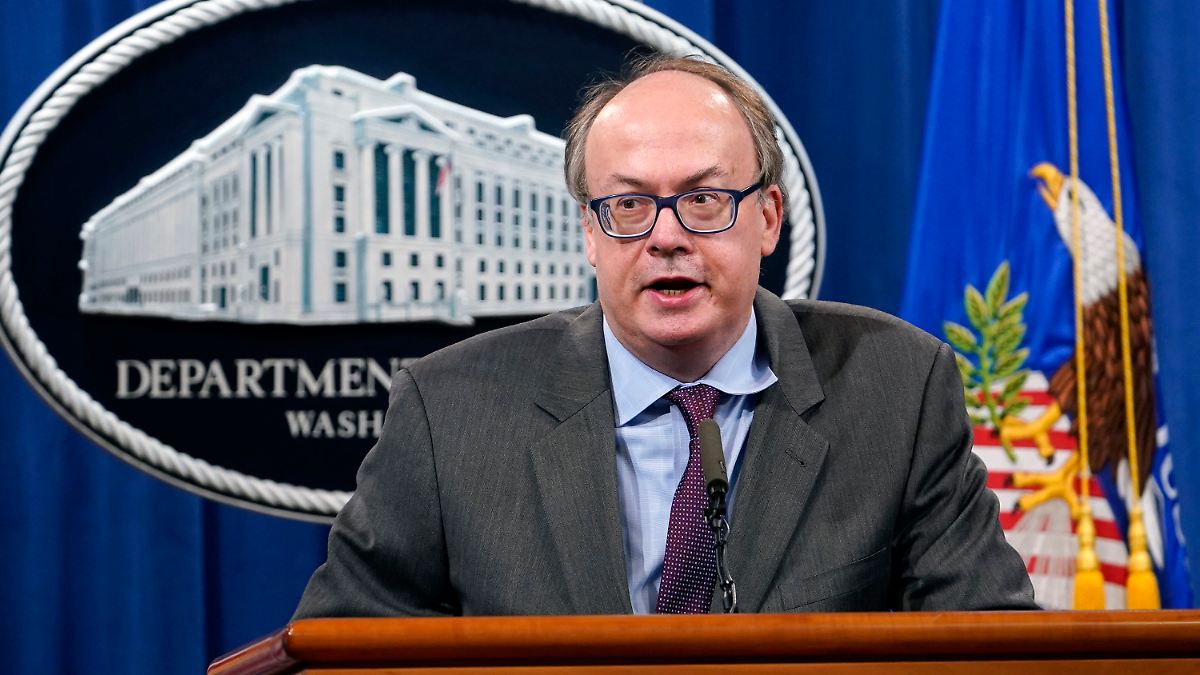 President Trump at the time is doing everything he can to oppose being voted out of office. He is said to have had support from the Ministry of Justice. The Committee of Inquiry into the Capitol attack has a few questions for a former agency employee.

The Capitol Attack Investigation Committee has requested documents from a former Justice Department official. Jeffrey Clark was allegedly involved in the attempt to cast doubt on the result of the 2020 presidential election, the committee said in the House of Representatives. “We need to understand Mr. Clark’s role in this Justice Department effort and who has been involved across the board,” said Chairman Bennie Thompson.

The US House of Representatives committee is due to investigate the background to the January 6 attack on the Capitol. Supporters of Donald Trump stormed the seat of the US Congress in Washington after the elected president had incited them in a speech.

The Committee of Inquiry is also asking Clark to testify. A report by the Senate Judiciary Committee revealed how Trump tried to put pressure on the Justice Department after the election. The committee relies on the report.

Clark therefore proposed a letter calling on MPs in US states to delay the confirmation of the election results. In addition, it should be declared at a press conference that the ministry is investigating allegations of electoral fraud. Both proposals were rejected. The then-Acting US Attorney General, Jeffrey Rosen, was reportedly interrogated by the panel on Wednesday. “I can not confirm that,” said committee member Adam Schiff on CNN.

Trump had tried to block the committee’s investigations and insisted on the so-called executive privilege. This is the president’s prerogative to withhold certain information from Congress or the courts. US President Joe Biden has declined to accept the first White House records from the Trump era requested by the committee.