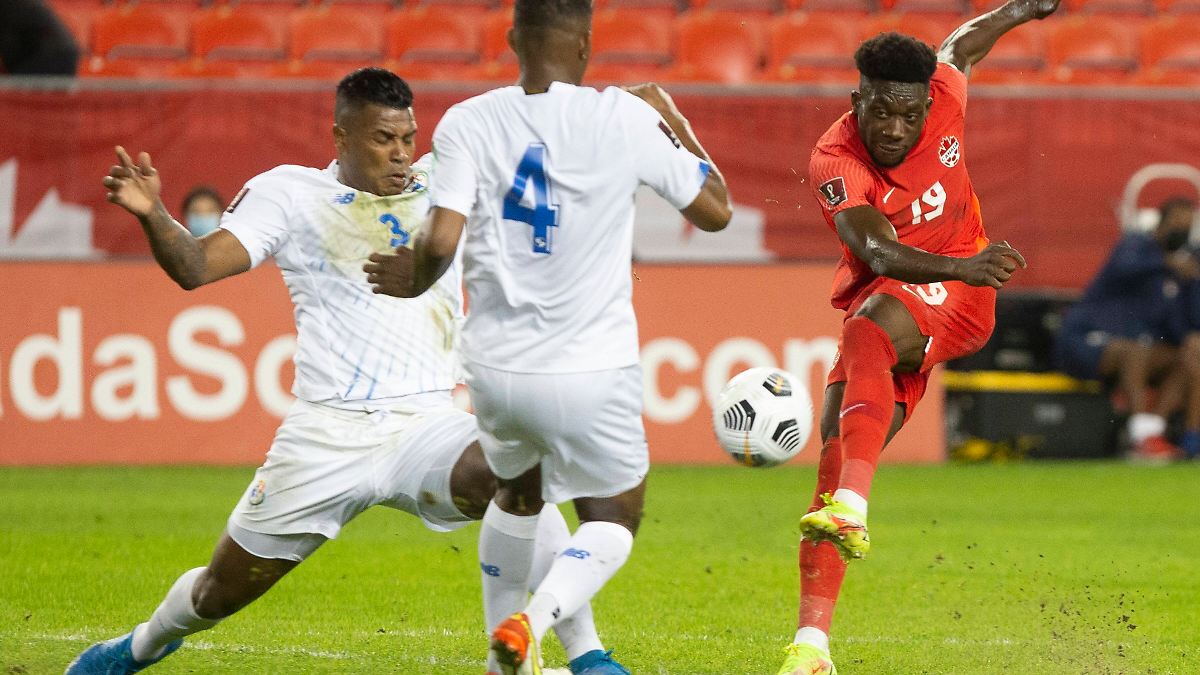 Alphonso Davies is quick, very quick. That can be admired regularly at FC Bayern. And also in the national team of Canada, where the 20-year-old convinced with a super sprint and a perfect finish against Panama. More than that, the nation is upside down – including rapper Drake.

Alphonso Davies suddenly switched to turbo mode. The Canadian star player sprinted irresistibly in the middle of his own half, artistically stole the ball from his completely perplexed opponent Harold Cummings on the sidelines, let another Panamanian run into the void and completed precisely with the left.

It was a goal like a rock song that the shooting star of FC Bayern scored in the 4-1 victory in the World Cup qualifying – and the whole country roared along with it. “Aaaaalphonsoo Daaaaavieeees, are you kidding me?”, The commentator of the broadcasting station One called into his microphone. The newspapers rolled over.

“Alphonso Davies made it clear to everyone in the audience why, at 20 years of age, he is one of the best players in the world and the best who has ever played for the men’s national team,” wrote the Toronto Star. “Davies’ performance is transforming Canada from a team that no one cares about to one that could be touched by fate,” reported Globe and Mail.

Davies’ goal was not just a piece of art – it was also the important goal to make it 2-1 in the 66th minute of the game. The match against Panama was turned, the Canadians, Olympic champions from 1904, moved past Mexico and the USA in the table and are increasingly dreaming of their first participation in the World Cup since 1986.

“Everyone was really into it, everyone wanted to be on the pitch,” said Davies. “The mentality was really strong.” Shortly after the final whistle, he received a message from rap star and sports fan Drake, who also posted his jersey on Instagram. Davies is a big fan of the musician, after winning the Champions League in 2020, he noticed that Drake follows him on Instagram. Back then, Davies had said, “Oh my god, I can’t believe it. My life is complete. I’m going crazy!”

Well, that’s not him, the 20-year-old continues to play football, and Bayern coach Julian Nagelsmann also relies on him. Canada coach John Herdman emphasized the huge will of his star player. “He really wants it,” said Herdman: “He dreams of taking part in a world championship with this team.” Maybe already in Qatar.