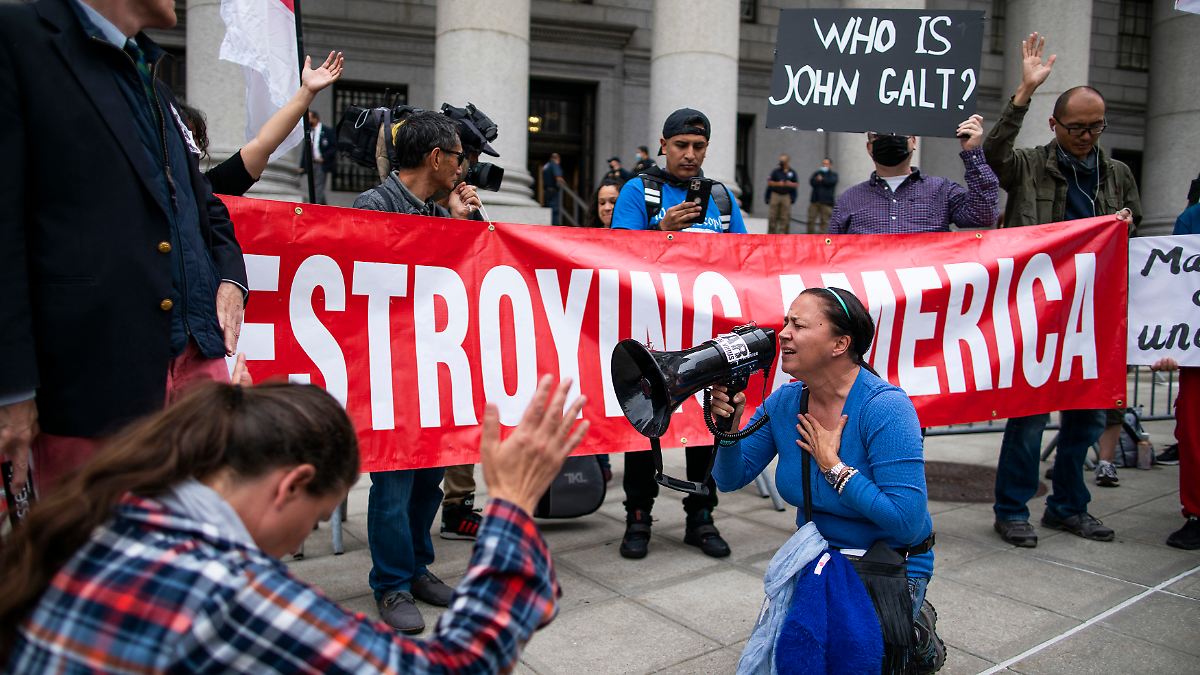 Supporters of the conservative Republicans in particular cannot be vaccinated against the corona virus in the USA. But many will probably have no choice but to give in. You have to choose between vaccination and termination.

The USA has the highest numbers of infections and deaths worldwide in the corona pandemic. More than 700,000 people died there in connection with the virus, and around 44 million were infected. This is also due to the large number of people who refuse to vaccinate: Only 68 percent of people over the age of 18 are fully vaccinated – even though there is an abundance of vaccines in the USA. The US government is now forcing companies to put pressure on their employees to get vaccinated. For many millions of Americans, the alternative is vaccination or dismissal.

More and more companies are confronting their employees with this decision. The latest example is Boeing. The aircraft manufacturer’s approximately 125,000 US employees are required to present proof of vaccination soon – or they have to leave. Only those who credibly justify their refusal with religious conviction can avoid this.

President Joe Biden had ordered in mid-September that from December 8, only companies with vaccinated employees would receive government contracts. In addition, all companies with more than 100 employees must ensure that their employees are vaccinated or tested at least once a week. According to Biden, the new requirements apply to around 100 million Americans and thus two-thirds of all people who work in the USA.

Against this background, the airlines American Airlines, Southwest Airlines, JetBlue Airways and Alaska Airlines announced that they would implement the new requirements. United Airlines is also threatening refusals with dismissal. According to the company, more of them can now be vaccinated, instead of 593, 320 employees will be laid off. Meanwhile, the airline Delta announced that it would be charging unvaccinated employees the equivalent of 170 euros per month from November onwards. This applies to employees who have health insurance through the company. In the past few weeks, all employees who had been treated for Covid-19 in the hospital were not fully vaccinated against the corona virus, said CEO Ed Bastian. On average, the hospital costs per person would have been around 43,000 euros.

The White House order is possible because the Biontech / Pfizer vaccine received full FDA approval in September – the only vaccine to date. Until then, an emergency license was in place. For anti-vaccination opponents and skeptics, a popular argument is no longer applicable. They falsely claimed it was an “experimental” vaccine. With the new requirements, it will be difficult to successfully file a suit against an employer-imposed vaccination requirement.

For companies in the US, on the other hand, it is easy to request full corona vaccination protection. Many had already issued vaccination regulations for all or some of their employees before Biden’s announcement. But now many are following because they can hand over responsibility to the government. Fox News is one of them. The conservative television station requires its employees to be vaccinated or tested. This is remarkable because there is resistance to corona protective measures imposed by the government, especially among supporters of the conservative Republicans. They see vaccinations and wearing masks as an attack on personal freedom.

Republican politicians are calling for a storm against Biden’s regulation. Texas is a stronghold in the fight against mandatory vaccination. The state governor, Gregg Abbott, on Monday declared all corona vaccination obligations in his state to be invalid – now the courts have to decide. Abbott himself is fully vaccinated. “The Covid-19 vaccine is safe, effective and our best defense against the virus, but it should always be voluntary and never enforced,” he said.

Others argue that compulsory vaccination enforced by companies will lead to a wave of layoffs. In view of the booming job market, it would also be difficult for companies to find replacements. Texas Senator Ted Cruz saw evidence of this in the massive problems facing the Southwest airline earlier this week. The company had previously canceled more than 2,200 flights. Cruz attributed this to pilots and air traffic controllers who either resigned or called in sick in protest against the corona measures. The airline, the pilots union and the aviation authority rejected this. They attribute the failures to extremely bad weather.