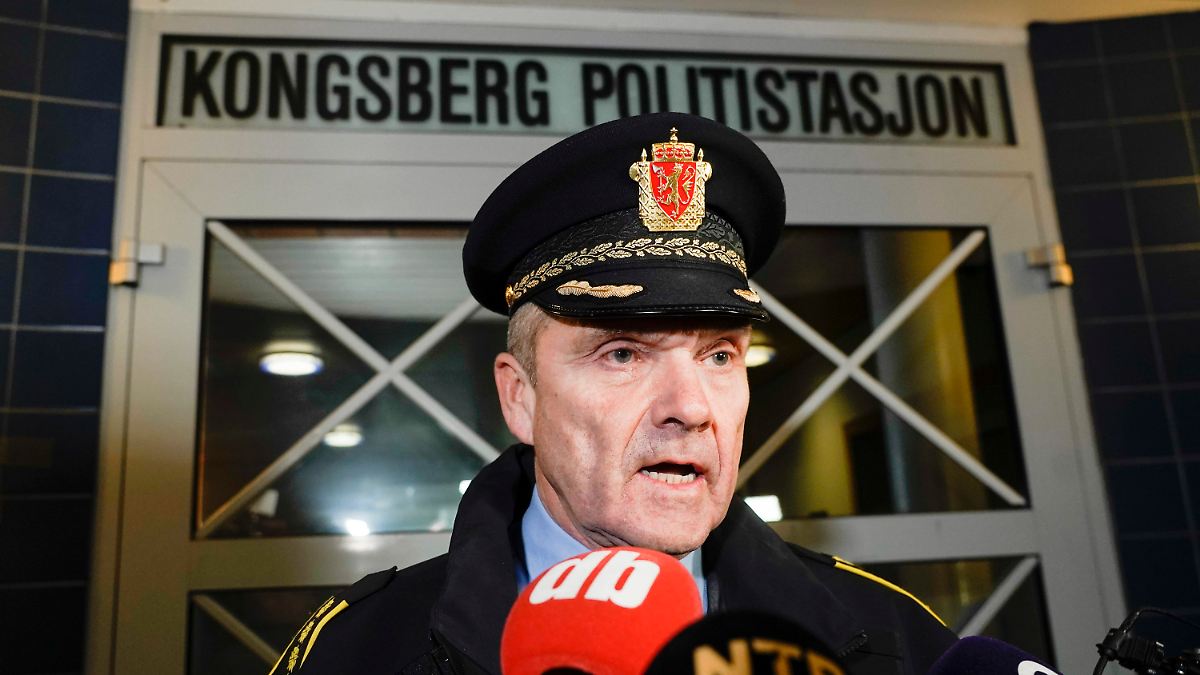 Armed with a bow and arrow, a man walks through the small town of Kongsberg in Norway on Wednesday evening, killing five people. After half an hour, the police can overwhelm him. During the night, the first details about the alleged perpetrator become known.

After the violence in Norway that left five dead and two injured, the police released details about the arrested suspect. The police said early Thursday morning that he was a 37-year-old Dane who lived in the small town of Kongsberg in southern Norway. He was charged. The man was arrested on Wednesday evening.

A man armed with a bow and arrow had previously attacked people in Kongsberg. The police assume that he acted alone. However, the background to the act initially remained unclear. A terrorist motive could not initially be ruled out either. The police in Norway were therefore armed and the domestic intelligence service was alarmed.

The attacks occurred in several places in the city, according to the police. The perpetrator moved over a larger area, the investigators said. After the police were alerted at 6:13 p.m., they finally managed to arrest the alleged perpetrator at 6:47 p.m. The emergency services had previously fired warning shots. Like the newspaper “Aftenposten” reports, the man is said to have resisted the arrest.

Except for age and nationality, the police have not released any details about the alleged perpetrator. According to the Norwegian TV channel TV2 it is said to be a Danish citizen who has converted to Islam. But this has not been officially confirmed. The incident occurred on the eve of the new Prime Minister Jonas Gahr Støre’s inauguration.

The incident brings back bad memories: a good ten years ago Norway experienced the worst terrorist attack in its modern history. On July 22, 2011, right-wing terrorist Anders Behring Breivik detonated a bomb hidden in a transporter in Oslo’s government district, killing eight people. Then he drove to the island of Utøya, about 30 kilometers away, where he pretended to be a police officer and opened fire on the participants in the annual summer camp of the youth organization of the Social Democratic Labor Party. 69 people, mostly teenagers and young adults, were killed on Utøya. Breivik named right-wing extremist and Islamophobic motives for his actions. He was sentenced in August 2012 to the then maximum sentence of 21 years with a minimum imprisonment of ten years.