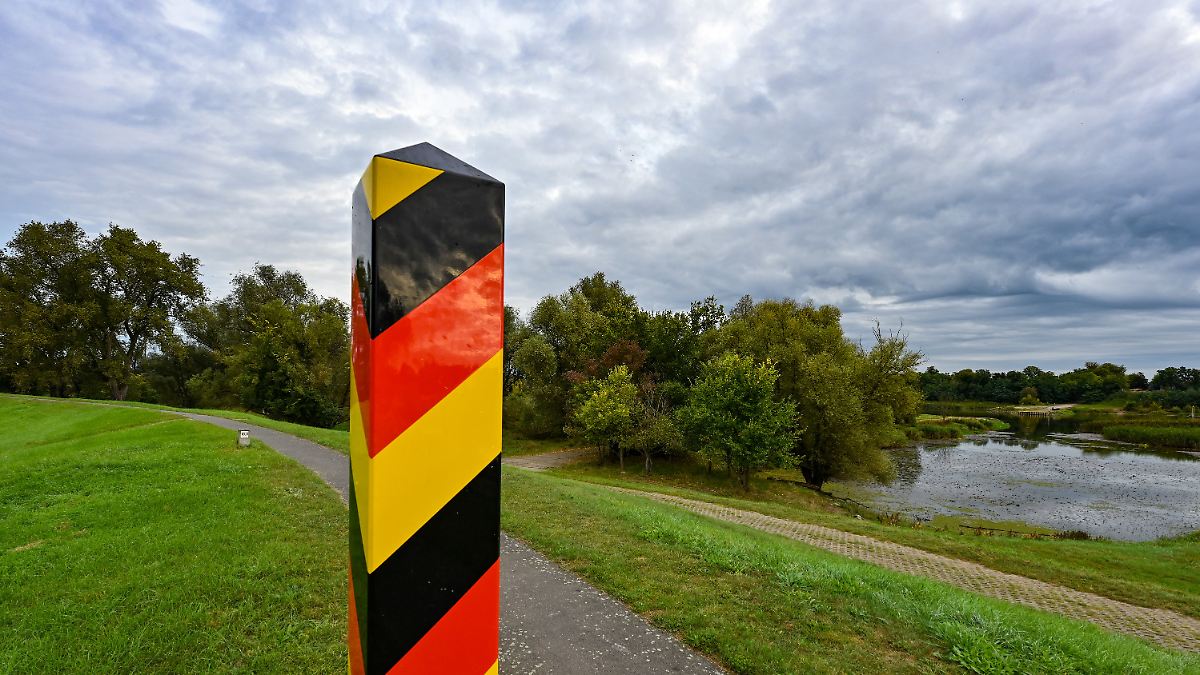 Brandenburg’s Interior Minister Michael Stübgen has asked Federal Foreign Minister Heiko Maas to take part in solving the problem of refugees arriving from Belarus. “A lot more has to happen here diplomatically, because we are dealing with hybrid warfare, with which Poland, Germany and the EU as a whole are supposed to be put under pressure,” said Stübgen in an interview with ntv.de. Tomorrow, Friday, the CDU politician wants to turn to Maas, “and send him a few demands that must now be implemented immediately”. He also accuses the EU Commission of doing too little.

ntv.de: Since when has the number of migrants and refugees who come to Brandenburg via Belarus and Poland been increasing?

Michael Stübgen: In July it was still a double-digit number, in August it was around 200, in September already 1200. We now count 100 to 150 refugees a day who come across the border to Brandenburg.

Allegedly, the Iraqi aviation authority has stopped flights from Iraq to Belarus and Lithuania.

That may be true, but there are many different airlines. As far as I know, the charter flights continue, not just from Iraq, and the Lukashenko regime is even expanding these flights.

Are other federal states also affected?

The majority of migrants arrive in Brandenburg, over 80 percent, because most of the major roads lead from Poland to Brandenburg. The remaining 20 percent are spread across Saxony and Mecklenburg-Western Pomerania.

Yesterday I agreed with the Federal Minister of the Interior that the Federal Police, in cooperation with the Federal Office for Migration and Refugees, would set up a structure called the Rosenheim Model as quickly as possible. That was developed in 2015. In the Rosenheim model, the arriving refugees are registered by the federal police within 24 hours, a security check is carried out, corona tests, initial health care and the like. Immediately afterwards, the BAMF takes over, carries out the so-called EASY registration and forwarding it to the responsible federal states. This relieves our immigration authorities, which have been really working at the limit for weeks.

When does this Rosenheim model start in Brandenburg?

in two weeks it will be operational.

Which countries do the migrants come from?

That has changed – which, incidentally, confirms that Belarus is expanding human trafficking. In the beginning there were only Iraqis, 90 percent men traveling alone. The high proportion of men traveling alone has remained, but now there are additional migrants from Yemen and Cameroon. We also have indications that refugees from other countries are also traveling.

What is the legal situation? Shouldn’t someone who enters the EU in Poland also apply for asylum there?

In theory yes, the Dublin III procedure would provide for that. However, it is the same as it was in Hungary in 2015: the migrants have absolutely no interest in registering in Poland. Your destination is Germany.

How big are the chances for an Iraqi to get a right to stay in Germany?

That’s less than a third at the moment. However, the recognition rate for people who come to Brandenburg via Belarus and Poland is likely to be significantly lower because, as I said, they are predominantly men traveling alone.

Do you have reason to fear that the increasing number of migrants and refugees in Brandenburg will lead to conflicts?

There is of course a great deal of concern in the communities near the border, because groups of foreigners are constantly being found in some forests. That is understandable, the authorities in the affected districts, with whom I am in regular contact, are also concerned. Conflicts have not yet broken out. But I would like to point out the following: What we are doing here is treating symptoms. We are fast and efficient and are now making progress thanks to the Federal Ministry of the Interior. But that is not the solution to the conflict.

How could the problem be solved from your point of view?

Tomorrow I will turn to the Federal Foreign Minister and forward a few demands that must now be implemented immediately. Point one: We could very quickly impose an EU-wide landing ban for airlines that are involved in this human trafficking. We know which airlines they are, that would undoubtedly have a deterrent effect. Point two: We have to set up a so-called relocation mechanism for Poland very quickly. This has already been successfully implemented in Greece and would mean that refugees arriving in Poland and their asylum procedures will be taken over by other EU countries.

To relieve Poland – we must not leave our Polish neighbor alone in this difficult situation. My third request is that a massive diplomatic initiative be launched immediately. It is obvious that the key to a diplomatic solution lies in Moscow, in the Kremlin.

Do you feel that the current problem is receiving sufficient attention?

At the moment I am not realizing that the European Commission is doing anything. Last week, the EU Commission was of the opinion that it had successfully stopped flight movements to Belarus and that the number of refugees was declining. The opposite is the case. I am also not informed of what is being done in the Federal Foreign Minister on this matter. A lot more has to happen here diplomatically, because we are dealing with hybrid warfare, with which Poland, Germany and the EU as a whole are to be put under pressure. We can’t watch it any longer.

Poland wants to strengthen its border with Belarus with a “solid, high barrier equipped with a surveillance system and motion detectors,” as the Polish Interior Minister said. Latvia and Lithuania are also trying to seal off their external borders. How do you find that?

It is the duty of EU member states to protect the EU’s external border – also to protect us in Germany, by the way, because we do not have such an external border. I therefore think that is the right thing to do, and I also welcome the fact that at least Lithuania and Latvia are receiving financial support from the EU in this regard. I would also like Poland to reconsider its previous decision not to involve the European border protection agency Frontex on its border with Belarus. Because with Frontex we have an organization that can handle such situations very professionally.

Migrants who made it to Germany report that Polish border guards beat them, Amnesty International accuses the Polish authorities of having returned migrants to Belarus, which would be illegal. Do you have such reports?

I am familiar with these reports from the media and from certain organizations, but I cannot assess their resilience. These are questions that need to be asked elsewhere. But I know that Poland is trying to protect its external border with its border guards and with the support of the military. And I warn against criticizing Poland unilaterally. The problem is Belarus and the solution lies in Moscow. Something should be done there.