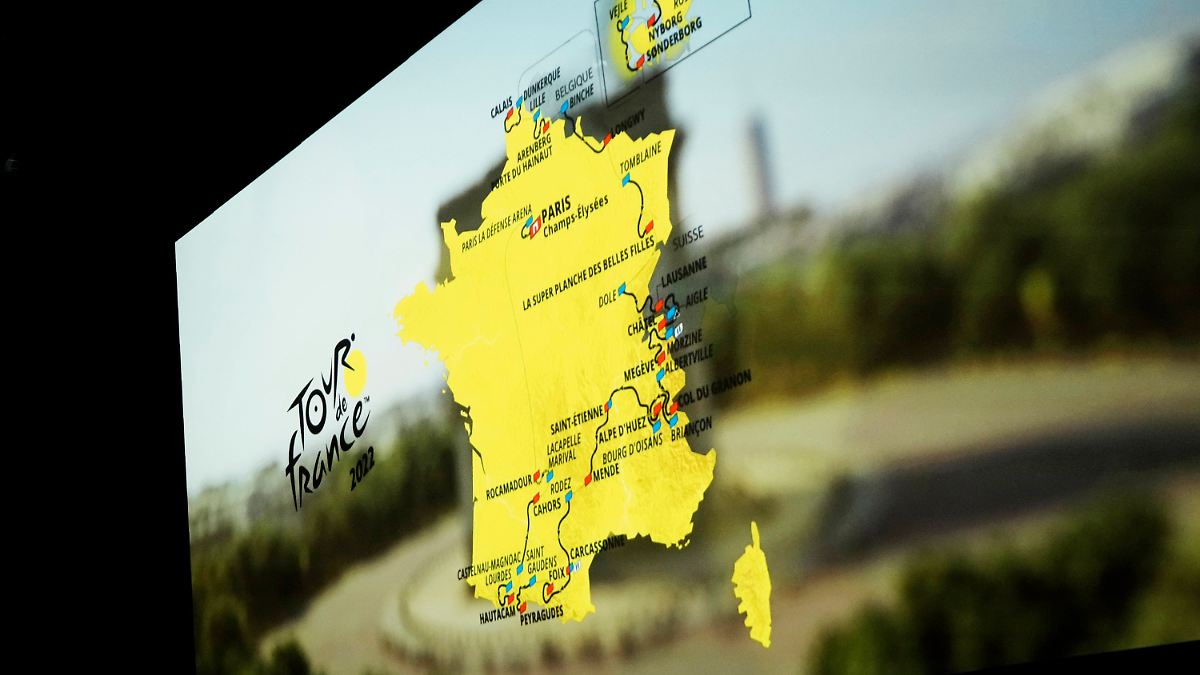 The Tour de France has presented its route for the Tour 2022. The start in Copenhagen is followed by climbs steeped in tradition, a piece of Paris-Roubaix and demanding time trials. The boss of the strongest German cycling team sees this with mixed feelings.

Emanuel Buchmann curiously studied the route of the 109th Tour de France at the team camp in the distant Öztal, Tadej Pogacar was already planning the next attack on the yellow jersey while looking at the course in the Parisian Palais des Congres: A favorite showdown in Alpe d ‘ Huez, danger of falling on the cobblestones of Paris-Roubaix and a heartbeat final in the fight against the clock – the Tour of France will not be stingy with highlights in 2022 either.

“It’s a beautiful tour, but also an exhausting one,” said Ralph Denk, team principal of the top German team Bora-hansgrohe: “The fan is even more concerned with classic climbs such as Alpe d’Huez or Hautacam than with anonymous mountains.” The German champion Maximilian Schachmann said: “It will be an exciting tour, it is balanced.”

In addition to the mountain stages in the Alps and Pyrenees, the two time trials should have a major impact on the overall result. The starting shot will be given with a 13-kilometer fight against the clock in Copenhagen, Denmark will be the tenth host country of the Grand Depart. The individual time trial of the penultimate stage to Rocamadour is a proud 40 kilometers long.

The Slovenian Pogacar recently proved that time trial victories believed to be safe can still be lost when he wrested the yellow jersey from his compatriot Primoz Roglic before the final day in 2020. In the coming year, the 23-year-old from the UAE Emirates team is aiming for the third success in a row. “The time trials are important, they are being recognized more than in the past,” said Denk.

The fifth stage, which leads for around 20 kilometers over the cobblestone passages of the classic Paris-Roubaix, should cause discussion. “I would like the stage to go well for all favorites,” said Denk: “You can lose the tour there if you are unlucky.” That is also the case at the other stages, but “you challenge it with such actions”.

After trips to Belgium and Switzerland, two favorite showdowns await in the Alps with the mountain arrivals at the 2413 meter high Col du Granon and L’Alpe d’Huez. There are three stages in the Pyrenees. On the way from Copenhagen to Paris, a total of 3328 kilometers have to be covered in the saddle.

It is still open whether the German hope Buchmann will celebrate his tour comeback in July. The Ravensburger is an excellent climber, but the fight against the clock is not his greatest strength and the hoped-for podium place is difficult to achieve. “Anyone who is not that good at the time trial goes into the race with a virtual deficit,” said Denk.

On the final day in Paris, women will also be in the limelight. The new edition of the “Tour de France Femmes” starts in the shadow of the Eiffel Tower and then leads over eight stages to the Planches des Belles Filles. The total length of the route is 1029 kilometers. Tour director Christian Prudhomme explained that the one-week race should become a “reference for women’s cycling”: “The fact that we start in Paris on the day of the men’s final gives the race a tailwind.”