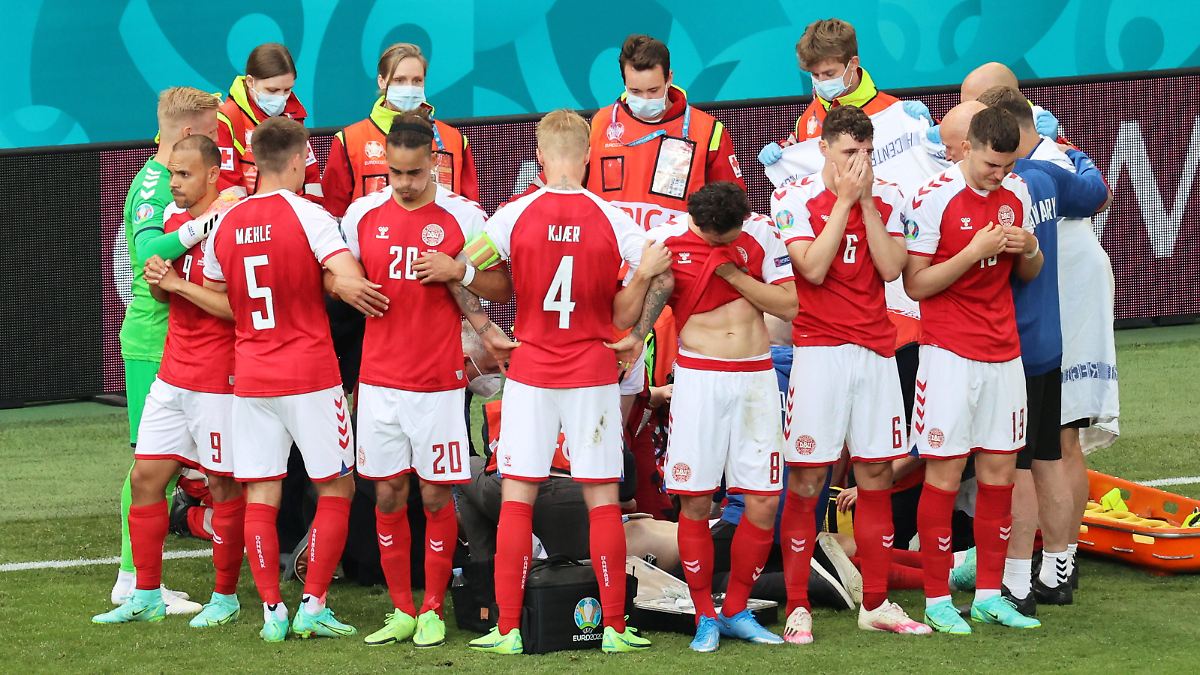 It was the most shocking and defining moment of the European Football Championship: Danish star Christian Eriksen collapses during a game and suffers cardiac arrest. It has become quiet around him now. But how is he?

The footballers from Denmark have an amazing story to tell right now. Once again. You qualified for the World Cup in Qatar at the end of next year. But the group with Scotland, Israel, Austria, the Faroe Islands and Moldova was definitely not the most difficult, but you still have to win the games first. And that’s exactly what coach Kasper Hjulmand’s team did in a particularly impressive way. In the balance sheet are eight games, eight wins, zero goals conceded: no other country on this planet has such a flawless record on the way to the pre-Christmas desert.

The coach, who once had a bad time at FSV Mainz 05, raves about his team in loud hymns. “All of Denmark can be proud of these guys.” For such a small nation as Denmark it is always “very difficult to get to a World Cup. This is a great gift for the association, for promoting talent, for the professional clubs and for these players who played at such a high level to have.”

But the trip to Qatar is also the continuation of a very special story that ended temporarily in the semi-finals of the continental championship in the summer. It was an emotional story full of drama, suffering and passion. One that moved the whole world. One of a probably unique sporting resurrection.

And the Danes might not have become those football heroes in their country if it hadn’t been for the shock of Christian Eriksen. In their first game at the European Championships on June 12th against Finland, the playmaker suddenly collapsed on the field without any interference from an opponent. The 29-year-old still had to be resuscitated on the lawn. Weeks after the shock, medics shared how dramatic the seconds were. “He opened his eyes and spoke to me. I asked him in English: Are you back? He said: Yes, I’m here. And then he said: Oh sh …, I’m only 29 years old.” , reported the Cologne intensive care physician Jens Kleinefeld. “I told him that everything is fine now and that there is no longer any danger. He understood everything and was able to put his arm directly on his chest.”

The Danish footballers experienced the scenes in which their best footballer struggled for his life up close. They formed a circle. They were pictures that still gave you goose bumps. The fact that the footballers played the game to the end after the shock was the merciless punch line of a terrible drama. But at least with a later happy ending. Because Christian Eriksen had survived. He got a defibrillator. It was the best decision in his life. However, this also had an impact on his career. Because it is still not clear whether he can do his job again.

“It has become a part of us”

But how is he actually? “I’ve said it hundreds of times and I will say it hundreds more times: the only thing that matters is that Christian is okay,” said Simon Kjaer, who became a hero as the comforting captain in the summer. “Everything else is not decisive for me.” Eriksen’s collapse has not let go of his teammates to this day. “There is one day, maybe two, when I don’t think about it. Not longer. It has become a part of us,” Kjaer just told “Sport Bild”.

The coach sees it similarly: “The only thing that matters is what he thinks, what is best for him and his family. We are just happy that he is still with us, that we can call, see and meet him.” There is currently nothing to be heard from the player himself. He doesn’t give interviews, nor is he on social media. He reported there shortly after his heart operation and said that he was fine and that he would “never give up”. According to several media reports, he should continue to recover with his family. A decision about a comeback is to be made at the end of this year after several cardiological tests, according to several media.

Play yes, but not in Italy

A continuation of the career would be possible from a medical point of view. This is shown, among other things, by the case of the Dutch national player Daley Blind, who plays for Ajax Amsterdam. Professor Ingo Froböse from the Sports University in Cologne told ntv.de: “He will not suffer any damage – at least no physical damage. He was approachable again relatively quickly after the incident. So he could continue as a professional footballer. Whether he wants to, there.” I’m not so sure, because such a life-threatening event leaves its mark on the psyche. “

However, Eriksen would have to look for a new club to continue his career. Because in Italy, where he is still under contract with champions Inter Milan until 2024, the 29-year-old will no longer get a game permit. Fabrizio Braconaro, member of the scientific commission at the Italian association, explained this. Granting a permit for a professional with an inserted defibrillator is not possible.

The Danish footballers, meanwhile, were honored this week with the International Fair Play Committee award for their courage and the way they supported themselves in the worst shock of their careers. That welded a whole team and a whole country very closely together. “From north to south, from east to west: this is OUR national team,” said Hjulmand proudly after the Austria game on Tuesday evening (1-0). “So many have a part in that.”