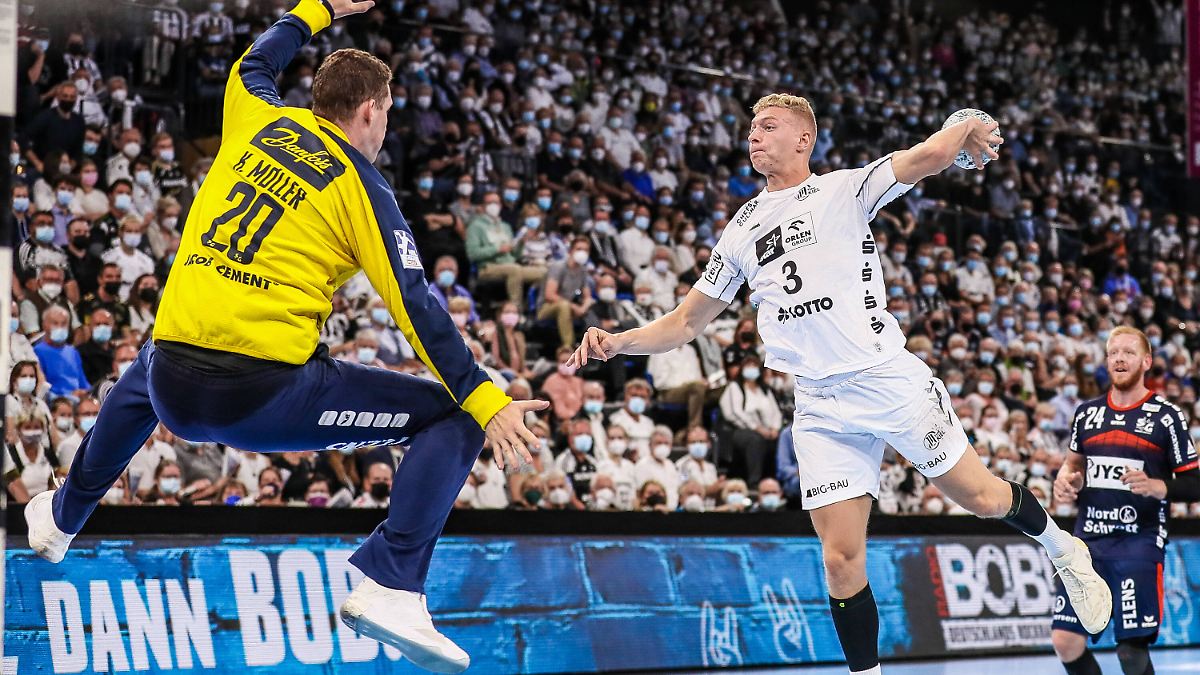 Even the threatening farewell of a world-class handball player does not throw the THW Kiel out of rhythm at the moment. At the eternal rival, SG Flensburg-Handewitt, the mood is significantly worse. Time is short, problems are great, solutions are difficult to find.

Geographically, handball arch rivals THW Kiel and SG Flensburg-Handewitt are only 68 kilometers apart, but currently worlds in the Champions League: While record champions Kiel are on a direct course towards the quarter-finals in the premier class, the Flensburgers are threatened with premature end.

The clear 29:37 (16:21) defeat at Polish champions Vive Kielce was the third defeat in the fourth game. The bottom of the table in Group B cannot compensate for the numerous injury-related losses, and things are anything but smooth for the runner-up in the Bundesliga.

But Maik Machulla did not want to accept that as the sole excuse for the clap against the team of national goalkeeper Andreas Wolff. “If we conceded 37 goals, it means that our defense played poorly,” said the SG coach angrily. But it was not enough overall, the 44-year-old added: “We have to talk to each other about it, even if there is not much time.” Because already on Sunday (2 p.m.) the difficult away game against league leaders SC Magdeburg is on the program for Flensburg in the Bundesliga. In the event of another defeat, the SG would have to remove the make-up for the fourth German championship title.

Such sporting worries are currently not known in the Schleswig-Holstein state capital. The clear 36:28 (18:15) win against the Croatian champions RK Zagreb was never in danger, with the third success in the fourth game, the zebras in Group A leaders Aalborg Handbold are on their heels. “Our team is better than the team from Zagreb, that’s why we have to win games like this,” said goalkeeper Niklas Landin confidently on the NDR. In this condition, the Kielers can expect another success in their next home game against Hungary’s title holder Pick Szeged on October 20th.

And so the looming farewell to Sander Sagosen from the Kiel Fjord is currently moving a little into the background. But there is more and more evidence that the 26-year-old Norwegian will return to his native Trondheim by the end of his contract in 2023 at the latest. There, financially strong investors want to build a top European team at Kolstad IL around Sagosen.

“If you ask me whether Kolstad is an option at some point, I have to answer that with a ‘yes’,” said the backcourt player to the Kieler Nachrichten. And THW managing director Viktor Szilagyi also has little hope of being able to keep the Scandinavian: “You have to be prepared for the fact that it will leave us after the contract expires in 2023.”