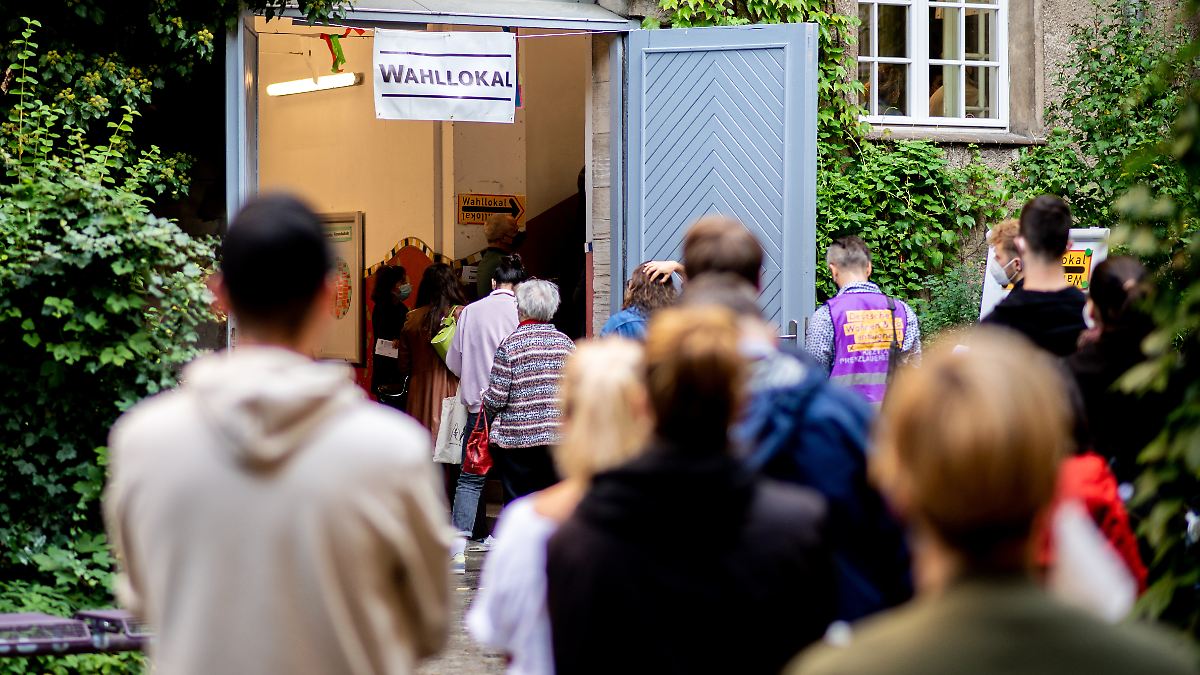 It is a somewhat arduous process, but it is slowly becoming clear to the actors: the sum of the election mishaps on September 26th in Berlin exceeds what is permissible. The only thing that helps is to go to the polls again.

The official final result for Berlin is in place. But the breakdown election day in the capital on September 26th is not eradicated. The unfortunately typical failure of Berlin politics and the Berlin administration, which was shown once again in the completely inadequate preparation for election day, the dysfunctional voting – the central element of democracy – and last but not least the arrogant, almost contemptuous attitude of the Berlin Senate towards the Sovereign, the citizens who show themselves by pushing away responsibility and trying to downplay the irregularities of the banana republic as irrelevant – all of this can only be made up for by one thing: Berlin should vote again.

Apparently she has that too State election control recognized and wants to appeal to the Berlin Constitutional Court to appeal against the results of the election to the House of Representatives in Berlin – unfortunately only in two constituencies. But at least. Now only Berlin’s head of state, Michael Müller, has to recognize the signs of the times and pave the way for new elections throughout Berlin.

Review: On September 26th, voters stand in line in front of polling stations until 8:30 p.m. – if they don’t give up on their own or are actively sent home by election workers. At a polling station, there was an incredible turnout of 150 percent. In other polling stations, too, more votes are counted than there are citizens entitled to vote. In others, the ballot papers run out. In some cases, minors and EU citizens can also take part in the election for the Berlin House of Representatives and in the Bundestag election; they have the right to vote at the municipal level, i.e. they are allowed to have a say in the composition of the municipal district council assemblies, but still receive the other ballot papers. Postal voters occasionally find duplicate ballot papers in the envelopes that have been sent. And then voting documents are also exchanged between individual districts. This invalidates thousands of votes because voters receive ballot papers with false direct candidates. In the end, up to 40 percent of the votes for the House of Representatives are not counted in individual polling stations.

And now? The affected Berlin districts see no reason for new elections. In no constituency were there such major irregularities that would justify such a step, it is said. Berlin’s Interior Senator Andreas Geisel and his SPD party colleague and outgoing boss, Berlin’s Governing Mayor Michael Müller, who together are responsible for the chaos in the end, see no urgent need for action in view of the massive problems on September 26th. He assumes that the election breakdowns in Berlin according to the current state of affairs are not relevant to the mandate, says Müller. The choice was not falsified. At the end of the day, however, the regional election management found that there were “irregularities” in 207 polling stations. And the just resigned State Returning Officer Petra Michaelis stated: “A number that must frighten us all.”

Small mishaps and mistakes happen with every election, they cannot be avoided when millions of people are called to vote. And therefore it is correct that the Federal Constitutional Court has made it clear several times that a polling station that is opened three minutes too late does not offer any reason to contest or repeat a federal election. Rather, it depends on whether, in the end, the composition of the parliaments was affected by electoral inaccuracies.

But – quite apart from the fact that constitutional lawyers like Ulrich Battes clearly contradict the Governing Mayor of Berlin and assume that the election mishaps could have led to a distorted party weighting in the House of Representatives – is that really the point? Is it about the question of mandate relevance? No, it is about citizens’ trust in politics, democracy. And responsibility. Because it is the first duty of politics to ensure proper elections. “It is the task of politics to create the framework for the correct electoral process,” says Michael Müller. He is right. Only Berlin did not pass this task and failed. Usually there is then a repeat appointment.

Every four or five years, citizens are called upon to use their votes to help shape political will. It is largely the only way, but certainly the most important act of participation and participation of citizens in our parliamentary processes. It is shameful how lightly Berlin damages this weighty instrument of democracy and then does not even begin to bother to restore the trust that has been destroyed.

Before each election, the parties start campaigns to motivate citizens to vote and to give those who do not exercise their right to participate, the right to vote, a guilty conscience. What did you just say? Every vote counts? Berlin sends a different message: whether one vote is too many, too little, invalid or late. It doesn’t matter.

That is why the question of mandate relevance is of secondary importance. And even with the greatest understanding of pragmatism and understanding of subsequent questions, namely how such a new election could actually be organized and when and whether it would not then be open to challenge and what that would in turn cost taxpayers: It would be good time invested and money well invested. Because it would restore confidence in politics and a functioning democracy.

Of course it would be an oath of disclosure. But when you’re broke, you have to do it. That is why Berlin has to choose again.