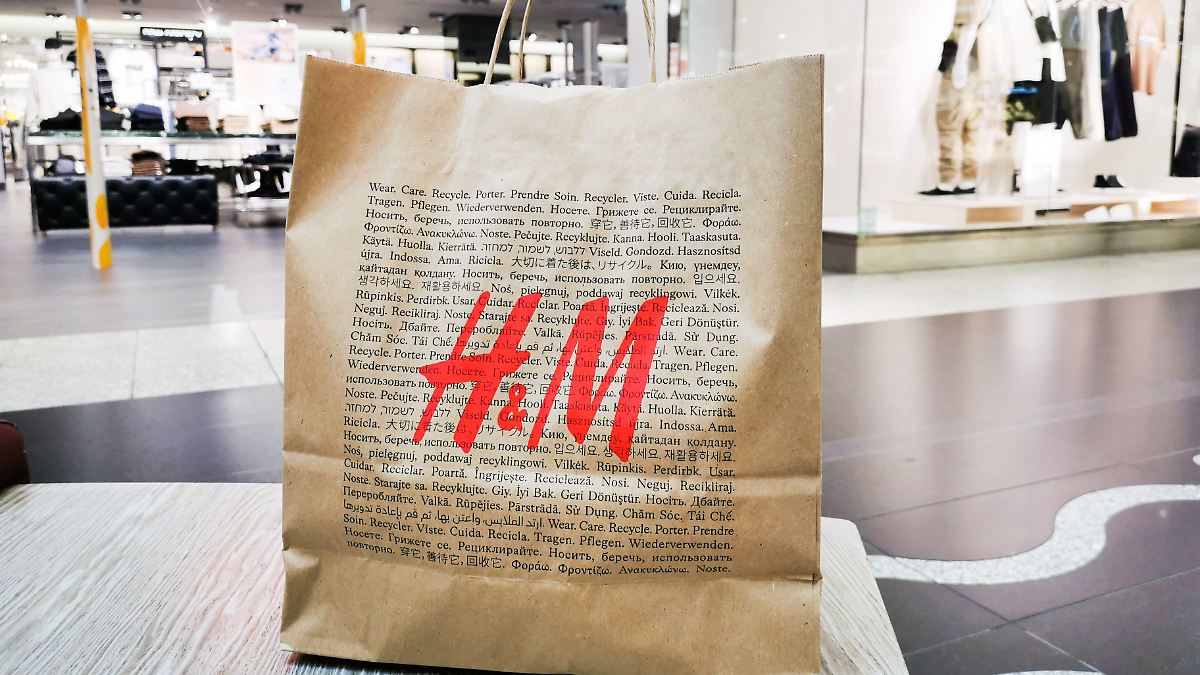 Big fashion chains can no longer keep up. Actually, a new collection should hang in the shops every three weeks. But many fast fashion providers are currently having delivery problems – especially with goods from Asia. There is no short-term remedy in sight.

The fashion carousel is turning faster and faster – a new collection should hang in the store every three weeks. But delivery bottlenecks and rising freight costs are putting fashion companies that rely on fast fashion in a mess. “Fast fashion is all about being first on the market,” explains Gus Bartholomew, head of SupplyCompass, a London-based company specializing in product development and delivery software for fashion companies.

However, many companies are currently having delivery problems, mainly with goods from Asia. “Most brands are currently struggling to know when goods will be delivered and when things could go wrong and what exactly this would mean,” says Bartholomew, describing the uncertainty in the industry. There is no short-term remedy in sight.

At the end of September, the Swedish fashion chain H&M reported bottlenecks in production and logistics. Group boss Helena Helmersson said the situation was improving on the supplier side, but she expected further delays in the current quarter. Nike CFO Matt Friend said delivery times from Asia to the US have doubled to 80 days in the past month. Abercrombie & Fitch, Boohoo and ASOS also complained about delivery problems and higher raw material prices.

One of the world’s largest manufacturing countries for the textile industry is Vietnam with over 6,000 clothing and textile factories. Brands such as Ralph Lauren, North Face, Lacoste, Nike and Zara produce here. The country is groaning under a new corona wave and government restrictions to contain it. “The last three months of this year will be an extremely difficult time for Vietnam’s textile and clothing industry,” the government predicts. Factory owners do not expect an improvement until the second half of 2022, because only then will enough people be vaccinated against Covid-19.

For fast fashion, deliveries from the low-wage countries in Asia are of central importance. But addiction can also cause problems. “A major weak point is manufacturing in countries like Vietnam, Bangladesh or China,” says Neil Saunders, an expert at GlobalData Retail.

Time plays a crucial role in fast fashion. If the timing is not right, companies are left with their goods out of season or there is not enough when the Christmas business starts in November. At Zara in the US, around a third of the black men’s blazers were not available in the third quarter, and at H&M around a fifth of the white women’s T-shirts, as the data analysis company StyleStage found out.

What could the solution be?

A long-term solution to the problem could be to relocate production close to the home market. That would reduce delivery times and transport costs and also make ecological sense. The Spanish world market leader, Zara parent Inditex, is currently getting through the crisis much better than rival H&M, which analysts say that 70 percent of its goods come from Asia. Inditex, on the other hand, has a large part of its goods manufactured on its home market or nearby, for example in Portugal or Morocco.

The German fashion retailer Hugo Boss has not reported any delivery problems either and has instead dared a positive outlook. The textile manufacturer known for its men’s suits has sewing in Turkey, Germany, Poland and Italy. The Italian Benetton is also rethinking and increasingly relocating production from Asia to the local area.