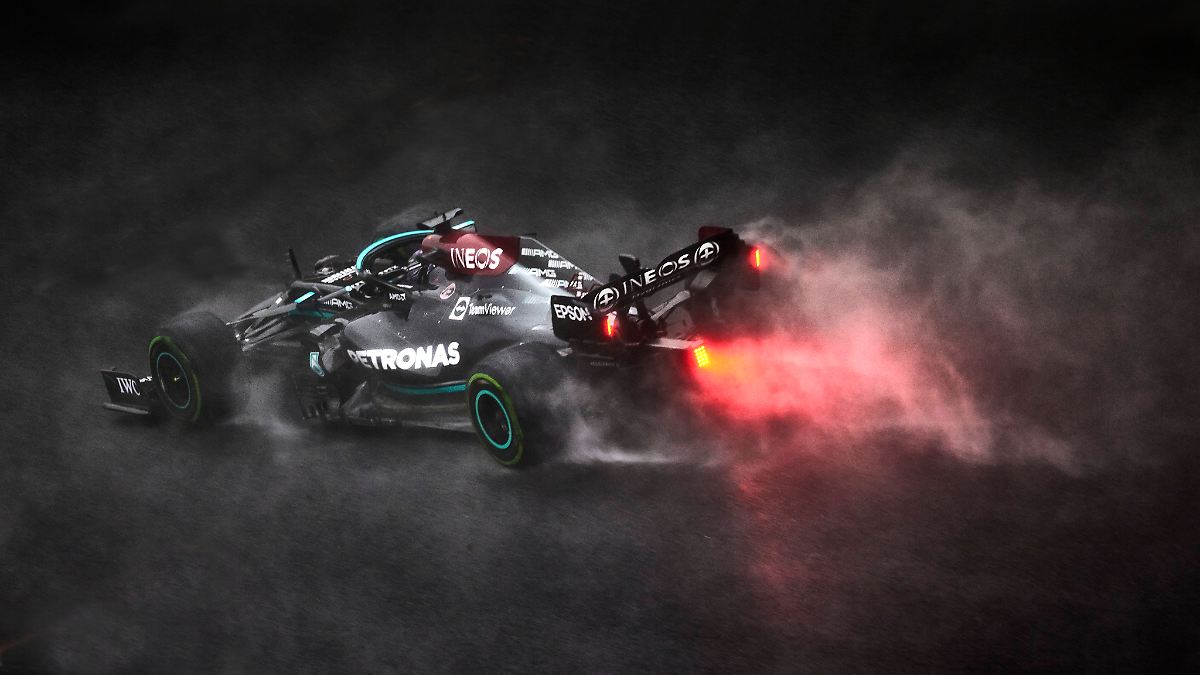 For the first time in a long time, Lewis Hamilton is behind the final stages of the Formula 1 season. On the one hand, because competitor Max Verstappen finally has a strong car in addition to strong performances. On the other hand, because the Mercedes Dominator shows serious weaknesses.

In a race-free week like this, Formula 1 does not provide any spectacular pictures, but it does provide plenty of talking point. This time a simple graphic is sufficient. It’s about the leading laps in the current season, most of which, as expected, are next to the picture of World Cup leader Max Verstappen. The Dutchman drove his Red Bull 469 times across the start-finish straight across the world in first place – the 19 other drivers add up to the 16 races they have completed to 465.

For Lewis Hamilton, just six points behind Verstappen in the drivers’ standings, there are just 133 leading laps in the statistics. A shockingly low number compared to the fact that the British Mercedes driver won 73 out of 138 races from the beginning of 2014 to the end of 2020 alone and in every season. A low number that also reflects the mistakes that Hamilton keeps making in the 2021 season. Which in turn could ensure that the era of silver dominance after 14 World Cup titles will come to an end in seven years.

“It could have been worse,” said a disgruntled Hamilton last Sunday after his disappointing fifth place at the Turkish Grand Prix. In Istanbul Park, the 36-year-old had first contradicted his team’s instructions to change tires and was then called to the pits too late to make up for the two positions he had lost and to defend his lead in the World Cup. The latest in a series of small mistakes that set the record champion, record winner and record pole sitter back again and again this season.

Legendary decision on the Hungaroring

“That is unusual,” said David Coulthard, himself a 13-time Grand Prix winner, summarizing the “small incidents”: “Although he hardly ever makes big mistakes, it shows that he is under pressure.” For the first time since 2016, Hamilton has a real competitor in the fight for the World Cup. At that time, the internal team conflict with Nico Rosberg escalated further and further and so much that the German ended his career after winning the title, overjoyed, but also exhausted and exhausted. In 2021 it is Max Verstappen who not only has significantly more laps in the lead, but has also won seven races – two more than Hamilton – and, thanks to his second place in Turkey, now has an advantage again with 262.5 to 256.5 points.

Hamilton had already shown himself vulnerable two weeks earlier in Russia. In the crucial qualifying section on Saturday, he slipped his Mercedes into the wall on the way to the pits and had to have the front wing replaced. On Sunday the team overruled him to switch from dry tires to intermediates when it started to rain. Like the leader Lando Norris, he had actually wanted to stay on the track. The young McLaren driver became a tragic hero and passed through on the final kilometers while Hamilton drove to his 100th Grand Prix victory.

Hamilton’s misjudgment is already legendary in Hungary when he waited lonely on the starting grid for the five red lights to go out when he restarted. All the other pilots drove to the pits on a drying track after the warm-up lap to switch to slicks. The Mercedes driver drove off alone and was then passed on when he made up for the tire change at the end of the first lap. Hamilton saved valuable points in second place on the Hungaroring, but he gave up the sure win.

Once only Bottas’ crash saves Hamilton

The scenes from the restart in Baku are similarly iconic. Verstappen crashed while in the lead shortly before the end of the race, after the red flag there was a great chance to make up many points at the restart. Hamilton moved into first place – and then just drove straight on into turn one instead of turning left like everyone else. He accidentally pressed a button on the steering wheel that adjusted the brakes and ensured that he missed out on the points for the first time in 54 races.

The first momentous mistake was made by Hamilton in the second race of the season, on the demanding track in Imola. The Brit slid out of the curve with dry tires on still damp ground, damaged the front wing of his Mercedes and was lucky enough to be able to roll out of the gravel backwards and continue the race.

The fact that he saw the checkered flag in second place was thanks to the favorable circumstance for Hamilton that only one lap later Bottas collided with still-Williams-and-soon-to-be-Mercedes driver George Russell and caused a race break. After that, Hamilton was allowed to overtake the field together with the drivers who had also been lapped and catch up with the leaders before he started a successful chase with a repaired car.

Then there are the accidents with Verstappen, in which the question of guilt is sometimes answered differently in the public discussion, while the race stewards clarified with penalties who, in their view, was responsible for the serious contact. The first contact of this kind came at Silverstone when the championship rivals touched on the first lap in a high-speed corner.

The Red Bull hit the tire wall hard and Verstappen even had to be checked in at the hospital. Hamilton received a ten-second time penalty and still drove to victory by intercepting Charles Leclerc in his Ferrari on the penultimate lap. The second crash followed in Monza, this time the stewards blamed the Dutchman for the collision on lap 25, which ended the race for both of them.

All of this means that Hamilton has only been in the lead for 133 laps this season. That is of course not the only reason, but rather works in combination with the fact that Red Bull has developed its racing car massively and, above all, successfully. That Mercedes also discovered surprising and unexpected problems with the vehicle balance during the test drives. That Max Verstappen is still very young at just 24, but is already driving his seventh season in Formula 1 and performing with a remarkable consistency.

The biggest difference to previous years, however, is that Hamilton’s mistakes, however small they may be, have finally had noticeable consequences again this season. Finally back, because the dominance of Mercedes had made Formula 1 a boring and predictable event. In 2021, on the other hand, eight out of ten racing teams were on the podium, and even the former problem child Williams managed to be represented at an award ceremony thanks to the curious two-lap race in Spa.

For Hamilton, the mistakes threaten to have noticeable consequences. If he misses setting Michael Schumacher’s record of five consecutive world championship titles and crowning himself the sole record world champion with his eighth triumph. For Verstappen, these mistakes open up the chance to fulfill the prophecy of the “future champion” that has been made since his Formula 1 debut. And for Formula 1 it means the most exciting season finale in years.