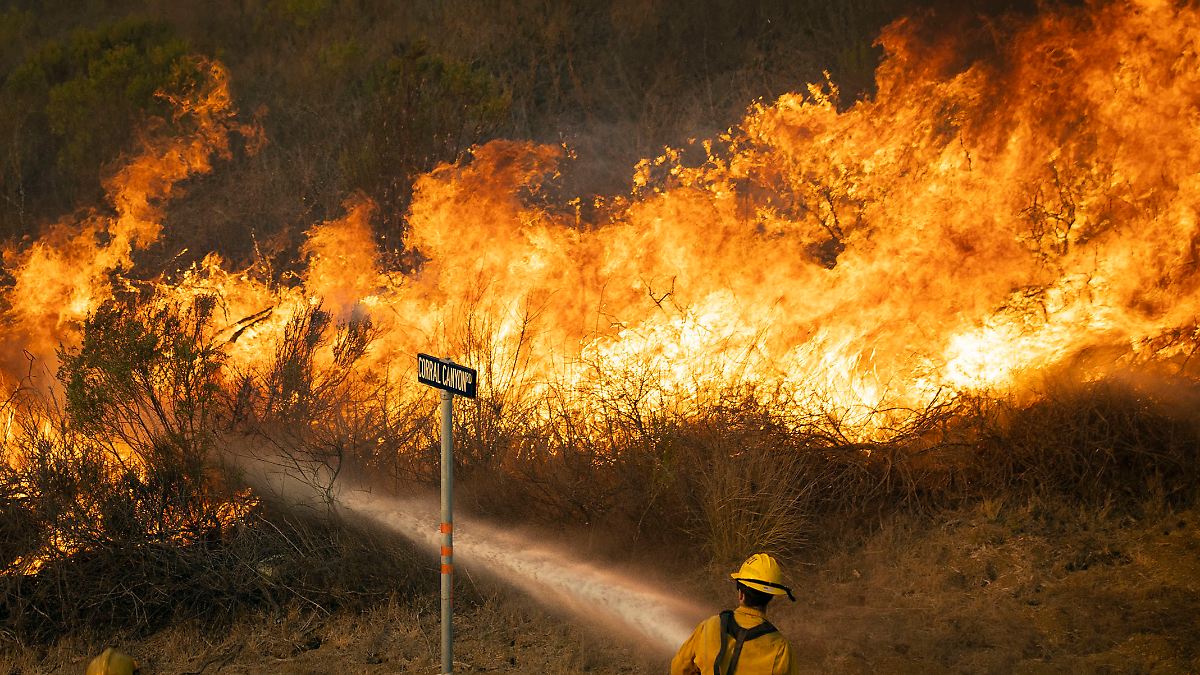 The fire brigade in California offers its entire arsenal against rapidly spreading forest fires: fire-fighting planes are in action, over 1000 firefighters are trying to contain the flames. They also threaten a former US president’s vacation home.

More than 1,000 firefighters are fighting a rapidly spreading fire in the state of California. According to local authorities, the so-called Alisal Fire near Santa Barbara spread to more than 62 square kilometers by Wednesday evening (local time). The flames broke out on Monday for an initially unknown cause. Strong winds would have fanned them.

The fire brigade was in action with fire-fighting aircraft. The flames have so far been contained to five percent, it said. A section of the highway in the US west coast state has been closed. Local authorities also ordered evacuations. The flames threatened many people’s homes in the Santa Barbara District. These were also dangerously close to the former vacation home of the former US President Ronald Reagan, reported the newspaper “Los Angeles Times”, citing a manager of the ranch.

The western United States and Canada were hit by a series of forest fires for many weeks during the summer. There have always been wildfires in California, but now, according to experts, the fires are hotter, more frequent and larger.