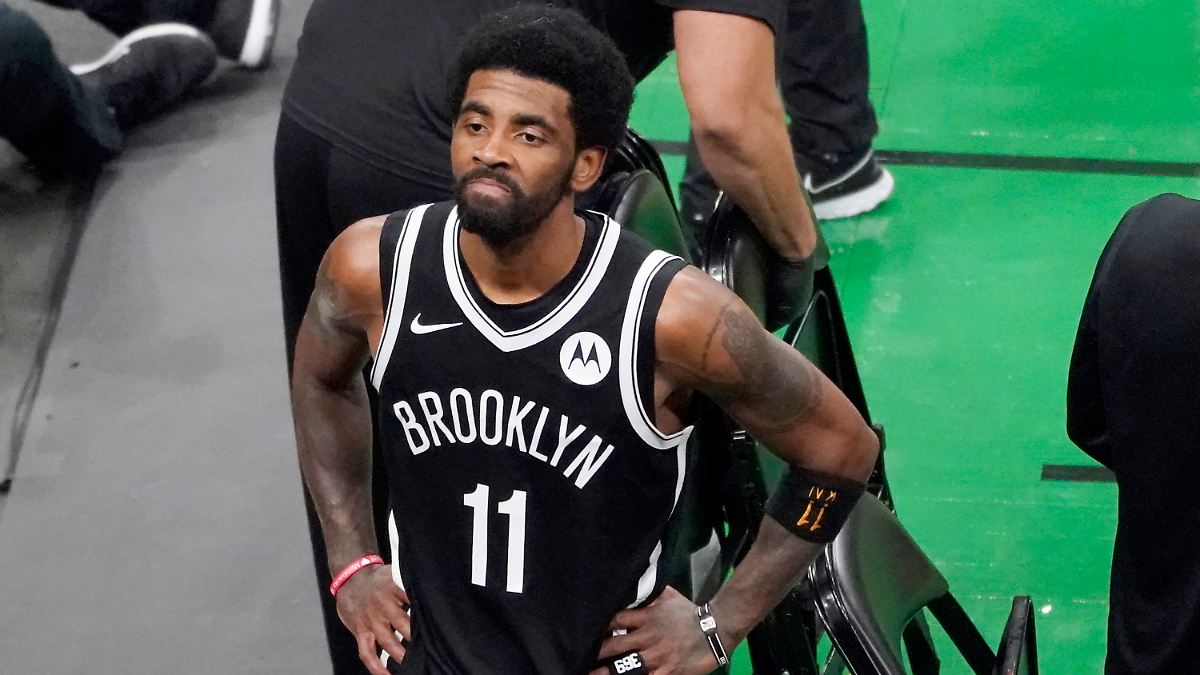 Kyrie Irving is a very good basketball player. He is employed by the Brooklyn Nets in the NBA, but the club can do without his services. He even has to because the American does not want to be vaccinated against corona. The 29-year-old defends himself against the rules because it is “about my life”.

Kyrie Irving was alone. The face of the NBA’s most famous vaccination skeptic kept disappearing into the shadows under the baseball cap when he announced himself from exile. The message from the Brooklyn Nets basketball superstar quickly became clear in the Instagram livestream: No, Irving will probably not be vaccinated in the foreseeable future. And no, resigning is not an option either. “I’ll keep staying in shape,” said Irving, “ready to rock with my teammates and just be part of this whole thing.”

The Nets announced on Tuesday that the development player would be excluded from team activities for the time being because he is still not ready for a vaccination against the corona virus. The 29-year-old, who is missing from the championship opener at Master Milwaukee Bucks, will probably lose millions in income as a result. “It’s not about a political thing, not about the NBA, not about any organization,” said Irving. “It’s about my life and what I decide.”

In New York only vaccinated sports halls are allowed to enter, which is why Irving could not have played home games for the Nets. Only using him away from home was out of the question for the club. Brooklyn General Manager Sean Marks, while stressing Irving’s right to his decision, also said, “However, this decision currently limits his ability to be a full member of the team.”

NBA legends are against Irving

It is the next level of escalation in a conflict that has been smoldering for weeks. At the end of September, Irving had announced that he wanted to “keep his vaccination status private” and this sparked a big discussion. Basketball legend Kareem Abdul-Jabbar even called for unvaccinated professionals to be “removed” from the team.

Michael Jordan expressed himself a little more diplomatically and praised the league’s health protocol, which provides for wage cuts for professionals who miss games because they are not vaccinated. “I totally agree with the league,” Jordan told NBC: “I think everyone’s been talking about vaccinations. I’m a firm believer in science and I’ll stick to it.”

95 percent of the players are currently vaccinated, the only obligation is for the functional team. Apostates like Irving are the result. That one now has to bear the consequences, but also tried to explain himself. He does not see himself as a classic vaccine opponent. Irving himself says he is “still unsure of many things”. It is not about being fundamentally against vaccinations. Rather, he must feel what is good for him. “This is my life,” said Irving, “I can do what I want with it. It’s my body.”

However, he is only allowed to train and play with the Nets again if he has received at least one vaccine dose or New York changes the rules. Irving could lose $ 17 million, according to ESPN information, but is unlikely to give way. Only last weekend Irving tweeted meaningfully: “I am protected by God and my people. We stand together.”