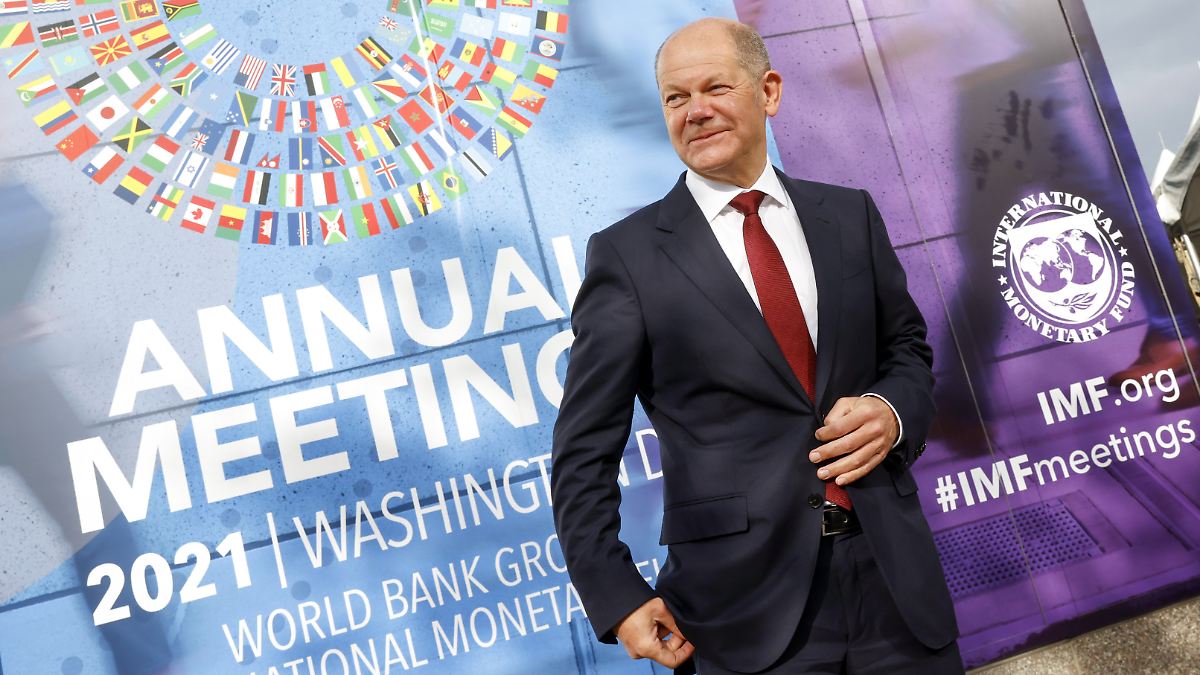 The G20 finance ministers have decided to gradually dry up tax havens. At a meeting they pass a corresponding reform for 136 countries. Finance Minister Scholz celebrates the declaration as a success. New rules will apply as early as 2023.

At the meeting of the 20 leading industrialized and emerging countries (G20), the finance ministers dealt with corona and climate change as well as the global minimum tax. With a view to the Corona crisis, the 20 countries continue to warn of considerable risks. Above all, mutations in the virus and the very different vaccination rates between rich and poor countries were among them, according to the final declaration of the G20 finance ministers’ meeting in Washington.

Aid for companies and households should therefore not be withdrawn too early in order not to stifle the economic recovery. According to the forecasts of the International Monetary Fund (IMF), the economic recovery is continuing, but has recently weakened slightly. The differences between the countries are also very large.

As expected, the G20 finance ministers also approved the details of the planned global tax reform for a total of 136 countries. These were negotiated last week under the umbrella of the industrial nations organization OECD and, according to Federal Finance Minister Olaf Scholz, represent a breakthrough in the modernization of the tax system and a move away from competition to attract companies with ever lower taxes. In July, the G20 countries had already given the green light for the basic structure. A minimum tax of 15 percent is now planned for large corporations. In addition, emerging countries should get larger parts of the tax pie. The aim is for the rules to take effect from 2023.

On the subject of climate, the final declaration remained vague. The will to cooperate was emphasized. The transition to a greener economy should be encouraged. But further analyzes are necessary. The G20 countries also welcomed the additional funds for the IMF amounting to $ 650 billion that were created this year in response to the pandemic. Other countries were called upon to transfer their reserves to poor countries on a voluntary basis. As a rule, they suffer much more from the pandemic because they hardly have any vaccines and no money to support the economy.