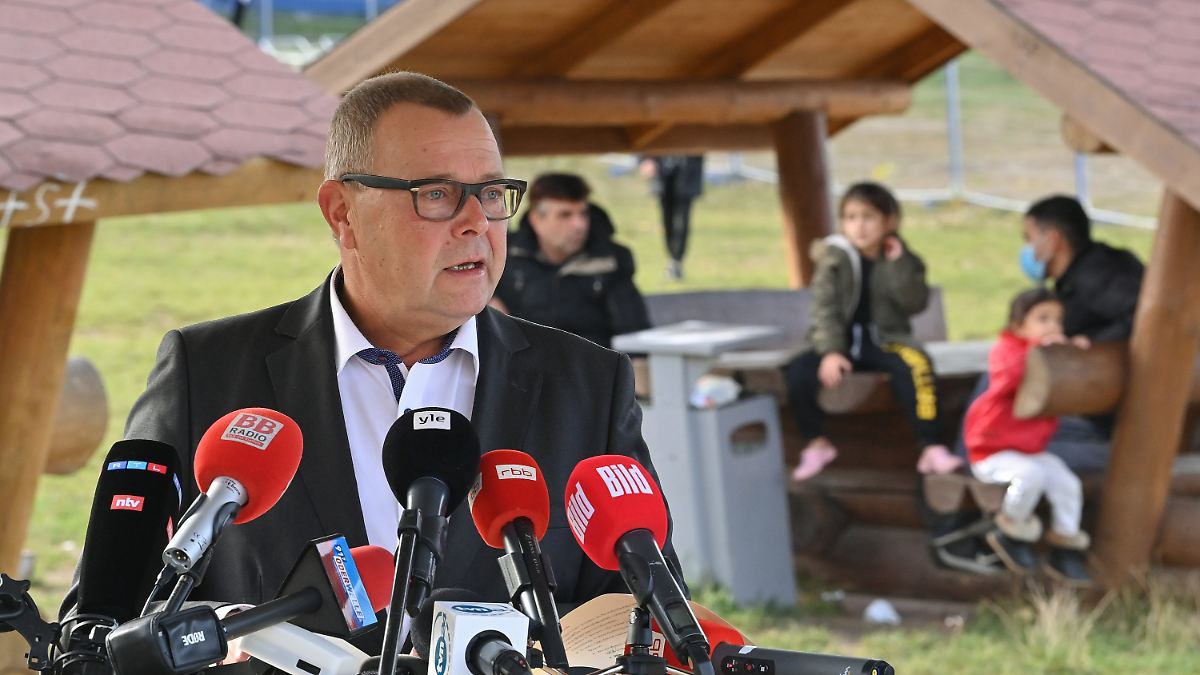 The number of migrants entering Germany from Belarus and Poland has been increasing steadily for months. Brandenburg accuses both the Foreign Minister and the EU Commission of doing too little.

Brandenburg’s Interior Minister Michael Stübgen has asked Federal Foreign Minister Heiko Maas to take part in solving the problem of refugees arriving from Belarus. He was “not informed about what is being done in the Federal Foreign Ministry in this matter,” said the CDU politician ntv.de. “A lot more has to happen here diplomatically, because we are dealing with hybrid warfare, with which Poland, Germany and the EU as a whole are to be put under pressure.”

Tomorrow, Friday, Stübgen wants to turn to Maas, “and send him a few demands that must now be implemented immediately”. The first point is the call for an EU-wide landing ban for airlines flying migrants to Belarus. “We know which airlines these are,” said Stübgen, “that would undoubtedly have a deterrent effect.” The Minister of the Interior also demanded that refugees, for whom Poland would actually be responsible under the Dublin III Agreement, be taken over by other EU states. As in previous years, Poland must now be relieved. And finally, “a massive diplomatic initiative” is required. “The problem is Belarus and the solution lies in Moscow. Something should be done there.”

“What we are doing here is treating symptoms”

The number of migrants coming to Germany via Belarus and Poland has risen sharply in recent months. Brandenburg is hardest hit. “In July it was still a double-digit number, in August it was around 200, in September already 1200,” said Stübgen. “We now count on a daily average of 100 to 150 refugees who come across the border to Brandenburg.”

On Wednesday, he agreed with Federal Interior Minister Horst Seehofer that the Federal Police, in cooperation with the Federal Office for Migration and Refugees, would set up a structure as quickly as possible, as it was developed in Bavaria in 2015. This is to ensure that arriving migrants can be distributed more quickly to other federal states in order to relieve the Brandenburg facilities. “What we’re doing here is treating symptoms,” said Stübgen. “We are quick and efficient there and are now making progress thanks to the Federal Ministry of the Interior. But that is not the solution to the conflict.”

The CDU politician also accused the EU Commission of doing too little. “Last week, the EU Commission was of the opinion that it had successfully stopped flight movements to Belarus and that the number of refugees was declining. The opposite is the case.”