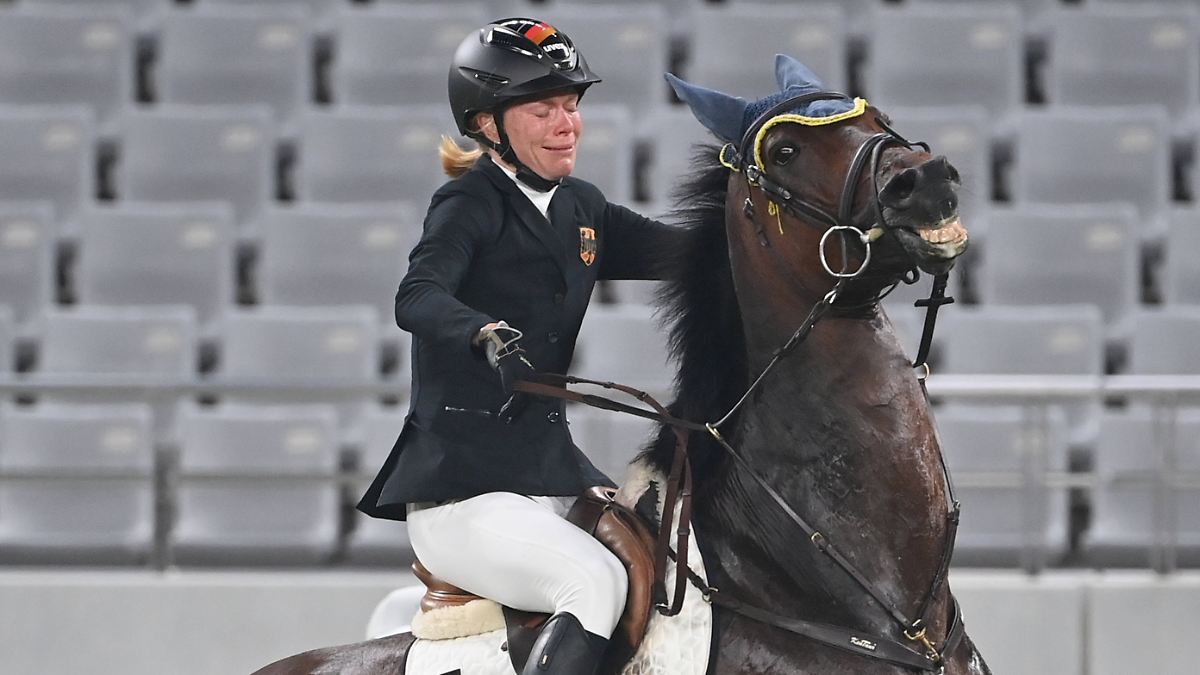 The pictures of Annika Schleu are still present, meanwhile the public prosecutor’s office is investigating because of the escalation on the riding course at the Olympic Games. This is one of the reasons why those responsible for the modern pentathlon have become surprisingly silent.

In the modern pentathlon there is an iron silence these days. The unintentionally famous Olympic participant Annika Schleu would prefer not to speak at the moment, and the President of the World Association, Klaus Schormann, does not want to give any interviews in the foreseeable future, as he emphasized when asked. The pressure is obviously too great at the moment: from public outrage, from the demands of the German Riding Association – and above all from the legal investigations.

The Potsdam Public Prosecutor’s Office is investigating Schleu and national trainer Kim Raisner for animal cruelty – and seems to be doing it intensively. It will take several weeks, given the announcement from the Animal Welfare Association. The organization accuses Schleu of animal cruelty due to the events at the equestrian competition at the Olympic Games in Tokyo and national trainer Kim Raisner aiding it. A quick termination of the procedure as at the IOC location in Lausanne is in any case not in sight.

At the beginning of August, the athlete was unable to cope with a completely unsettled horse that had been drawn by lots, and had desperately used a whip and spurs, so that many TV viewers and riders like the dressage Olympic champions Isabell Werth and Jessica von Bredow-Werndl were appalled. The trainer had also hit the horse with his fist. These dramatic images and Raisner’s rustic invitation “Hit it right!” will soon reappear in many annual reviews.

In view of the outrage and especially because of the ongoing investigations, Schleus’s current silence seems understandable, but when it comes to world association boss Schormann, it is more of a surprise. The experienced and shrewd functionary has been fighting for recognition for the modern pentathlon and the preservation of the Olympic status for years, but currently he only refers to official statements of the Union Internationale de Pentathlon Moderne (UIPM), which he has led since 1993.

Numerous contradictions for the President

“The problems that arose during the riding competition in the women’s final in Tokyo required quick and comprehensive reflection and remedial action,” wrote the association president, who lives in Gundernhausen in Hesse, a few days ago. The UIPM has “introduced new measures to improve horse welfare in our sport,” it said. However, Schormann does not want to explain this.

From Schormann’s point of view, it is certain that “riding will remain an integral part of the modern pentathlon based on the vision of Baron Pierre de Coubertin”. In the only interview since the Olympics, he had told the VRM Group newspapers: “Riding is the spice of the pentathlon.”

Many riders and associations see it very differently, who no longer find the pentathlon with its roots in military all-around competitions modern. They consider the addition of strange horses and the treatment of “Saint Boy” in Tokyo to be completely unacceptable. And they now see themselves under an unjustified obligation to declare, although they are not responsible and have a completely different set of rules, as the International Equestrian Federation (FEI) emphasizes.

“We see it as our task to exert pressure,” said Hans-Joachim Erbel, President of the German Equestrian Federation (FN), last in Aachen. “We say that the pentathletes should take out riding.” The FN President continued: “If you can’t do that, you should change the regulations so that they protect animals and people.” On behalf of the FEI, President Ingmar De Vos offered “to make his findings on horse welfare available”. He wants “important improvements”.