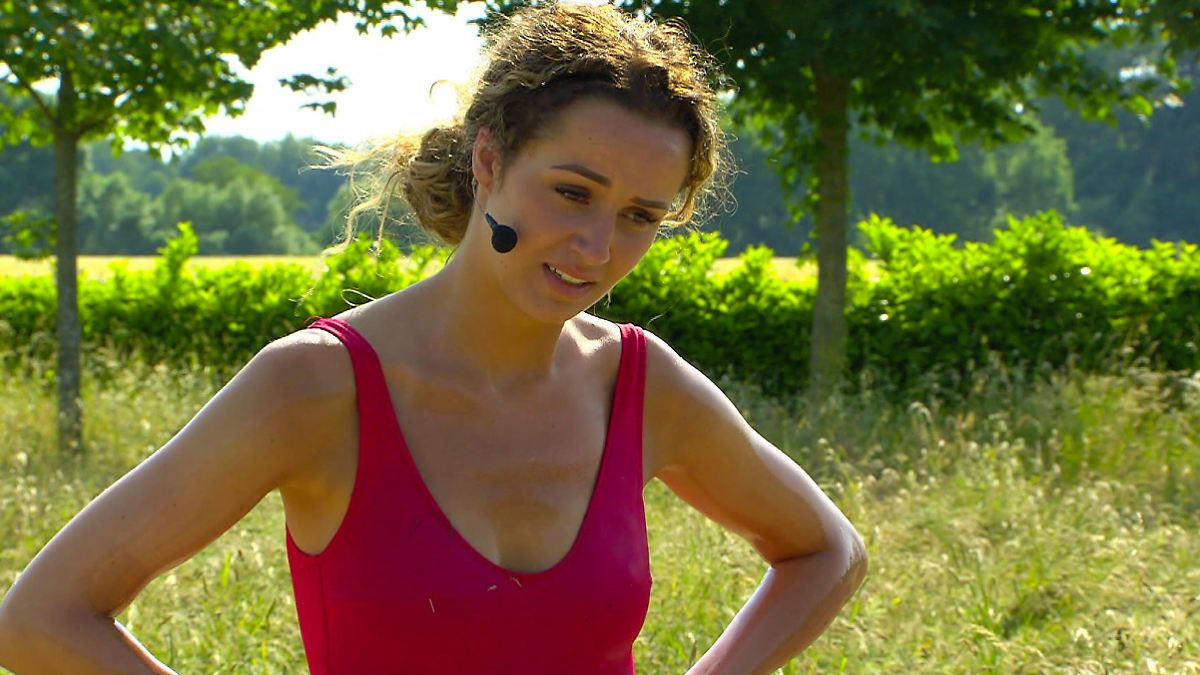 The “summer house” turns into summer horror: Mike wants to “bite away” everyone again, Maritta wants to go home and Yasin’s wife Samira can no longer feel her husband’s love. In the end, a couple has to leave who attests out loud: “Justice has not triumphed.”

“Quite honestly: I want to go home. Because this just drains our strength unnecessarily and with dignity,” says Almklausi’s wife Maritta, who is fed up with people who call themselves either “Doberman, lion or devil” to be surrounded. And then their good nature is also called into question! After Mola’s alleged injury, the couple had offered to take on the exit challenge for him and his Adelina. But was this suggestion really that selfless? Or did Maritta just want to go home to her child? After all, they had said to their relatives that they would “only be gone until Sunday”. Tears roll down her cheeks and in fact one can only agree with the off-speaker who says: “The summer house is going to be a summer horror.”

Verena Maria Dittrich // Praise, criticism & crazy ideas: Tue & Thu, 10 a.m. to 6 p.m. // Official insults: Only with advance notice // Other inquiries: Only if you are willing to clean the litter box. Consequences:

Meanwhile, the limping Mola can be checked out by a doctor. Unfortunately, he cannot make a diagnosis and “doesn’t know exactly” what Mola’s injury is all about. Meanwhile, Dr. Cees: “pussy-like posturing” of the silvery back that is simply “not a man”.

The nerves are largely blank on many sides. Adelina can no longer bear the sight of the man laying things out for his wife and is only disgusted by his penetrating looks. Only one thing can help! Surround yourself as quickly as possible with people who are good for you! It is best to take part in Jana’s Qigong course.

“Obsessed by a demon named Overacting”

Together you do light exercises that bring body and soul into harmony. Worries are gently removed from the heart before knocking on the door of life (“Knocking on the Door of Life”). But the targeted movements for relaxation and better self-awareness are pure acting for Cees: “What a shame is that? She’s possessed – possessed by a demon called Overacting.” With Jana, says Mike, “something is wrong”.

Meanwhile, Mola attests to the Berliners, who are isolating themselves more and more from the group, that they are in their “very own microcosm”. One hangs worryingly about one’s thoughts, oh yes, poor Michelle, she “no longer has a character of her own”.

Yasin’s wife Samira is also in a camp frenzy: “We don’t kiss, we don’t cuddle, we don’t talk, we don’t do anything,” she complains to her husband, who doesn’t give her enough love and attention: “The only one The love I’ve been getting for months is that of my child. (…) We have lost sight of each other. Perhaps we are missing love? ” But Yasin assures that she will always do his best and do everything possible to ensure that Samira is well.

Mola has to go!

So in the last hours before the exit challenge you can comfortably go through the dumping arsenal of a whole year and smoke about as much as the chimneys of the Lusatian coal-fired power station “Schwarze Pump”. It feels like everyone is shooting nonstop!

Then it came, the great moment of vengeance, the moment Mike Cees has been waiting for so long. He is finally allowed to take on his enemy Mola, the man who dared to have a quarrel with his wife seven hundred years ago. The man who sees no problem in the fact that people who love each other used to have different relationships.

Mola has to go! And if it has to, says Mike, he would also “foul”. But that is not necessary, because although everything initially looks like the “devil” is losing, the wind turns in the second half of the game. Michelle manages to throw more and more small bags into the basket, which the men have to keep in the air as long as possible. Mola and Adelina clear the house. What about Mike? He does it like Wald-Elbin-Jana and picks many, many flowers. At least internally.

“The summer house of the stars” runs from Tuesday to Thursday at 8:15 pm on RTL and is open at any time TVNOW retrievable.