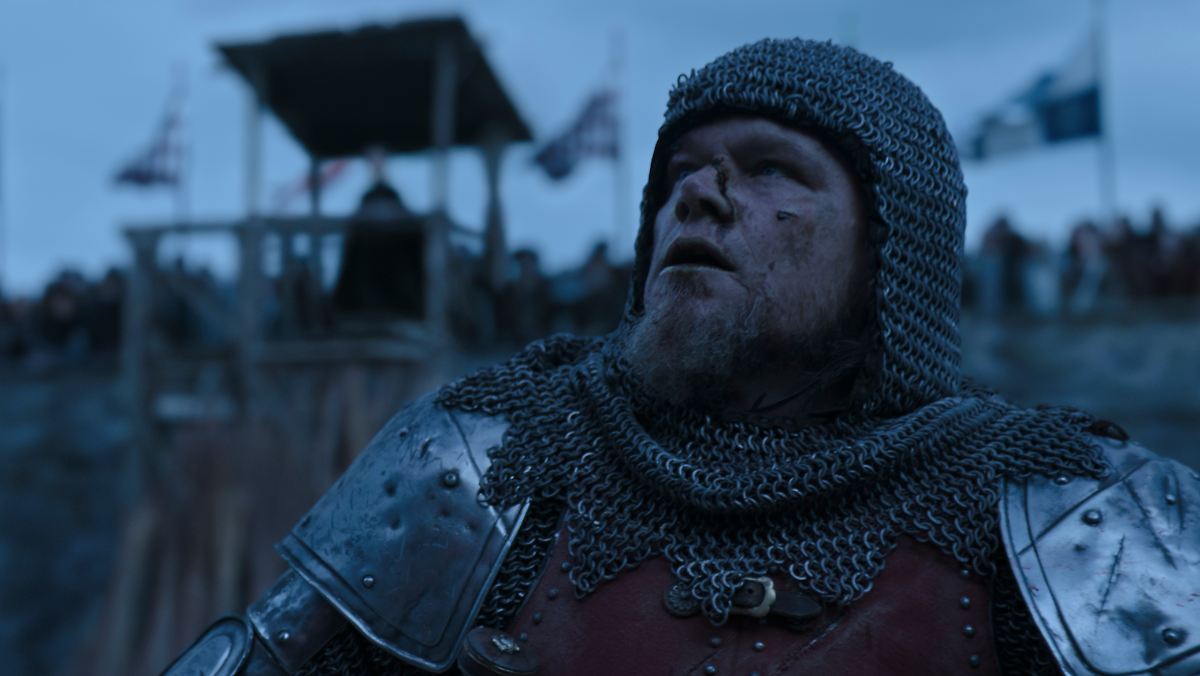 Whether “Alien”, “Blade Runner” or “Gladiator” – director Ridley Scott has conjured up many masterpieces on the screen. Now he’s trying a knight movie. Or what should “The Last Duel” actually be?

The name Ridley Scott is something of a seal of approval. And that pretty much across all genres. Sure, with films like “Alien”, “Blade Runner”, “Prometheus” or “The Martian” he could be considered a specialist in science fiction. But films such as the road movie “Thelma and Louise”, the war drama “Black Hawk Down” or the “The Silence of the Lambs” continuation “Hannibal” are in his vita.

Not to mention strips like “Gladiator”, “Kingdom of Heaven”, “Robin Hood” or “Exodus: Gods and Kings”. The cult director is also very familiar with monumental fabrics, armor, cloaks and swords. It is therefore not necessarily a surprise that he lets the knights off the leash in his new film “The Last Duel”. However, it is always how he does this in concrete terms.

But first things first: “The Last Duel” is based on a true historical event. It’s the 14th century in France. Jean de Carrouges (Matt Damon) and Jacques Le Gris (Adam Driver) serve their lands side by side on the battlefield in the war against England. While Carrouges, descended from the nobility, earned his merits through skill and bravery in battle and even rose to knight, the squire Le Gris gained respect for his intelligence and eloquence. Soon he was going in and out of court, especially because Count Pierre d’Alençon (Ben Affleck), a cousin of the king, had devoured him.

Master of all classes: Ridley Scott.

Not only their unequal career divides the former friends Carrouges and Le Gris visibly. Their conflicts of interest also steadily increase, for example when Le Gris began collecting high taxes for the count from the vassals – including Carrouges. The dispute over a plot of land and finally even the eviction of Carrouges from his family’s ancestral home harden the fronts between the two adversaries for good.

Ridley Scott spends a lot of time telling the story of the friends who became enemies. Yes, in principle he tells the story of the film three times in a row – from three different perspectives: that of Carrouges, that of Le Gris and that of Marguerite de Carrouges (Jodie Comer), who also plays a central role in this epic. Not to say: the central one.

After all, it is the wife of Jean de Carrouges who finally escalates the situation with her accusation of having been raped by Le Gris. When the court again protects itself from its adversary, Jean de Carrouges sees no other way out than to insist on the legal right to a “judgment of God” in a duel. The king finally gives in to the pressure – and the two opponents meet for a final murderous battle, face-to-face in the arena …

There are several reasons why many visitors to “The Last Duel” should leave the cinema after around two and a half hours, slightly irritated. Ben Affleck, who in the film looks like he’s blonded after falling into a fountain of youth, could be one of them. Or Matt Damon, who, as a knight with a mullet, would easily compete with any hipster from Berlin-Mitte. Only his scarred and smeared face is not that stylish after all.

But it is especially – especially since Affleck, Damon and Driver also play brilliantly – this dazzling conglomerate of a film that Ridley Scott serves you here. With “The Last Duel”, the master of almost all classes actually managed to combine three classic subgenres in one work: knight film, court thriller and accusing drama about the crime of rape.

The fact that Marguerite and Jean de Carrouges raised the abuse allegation against Le Gris is just as historically proven as the fact that the accused denied the act. But what exactly happened back then, over 600 years ago, has probably forever been covered by history. The film, however, leaves no doubt whose side he is on. Not that of the arrogant and greasy Le Gris. But also not on that of the coarse-bodied and quick-tempered Jean de Carrouges. Very much like that of Marguerite, who bravely raises her voice in a world dominated by men – and whose portrayal of the events the film leaves no doubt from, regardless of the point of view from which the plot is told.

In “The Last Duel”, Ridley Scott interweaves two more things that don’t seem to interweave at all: a historic chain mail ham with the highly topical MeToo debate. But here too, some people will rub their eyes in amazement: It works, as daring as the venture may seem.

In fact, the duel between Jean de Carrouges and Jacques Le Gris on December 29, 1386 was the last spooky duel of its kind in France. For Ridley Scott, however, the stripe closes a circle. He made his cinema debut in 1977 with the film “Die Duellisten”, which was also set in France. In this case, however, the plot was set in the early 19th century and largely made up.

In “Die Duellisten” two men over 15 years meet again and again in order to give each other a blow. That too is bizarre, but not nearly as bizarre as what the director brings to the table with “The Last Duel”. Quirky in the best sense of the word. The film is really exceptional in every way.

“The Last Duel” is now in German cinemas.