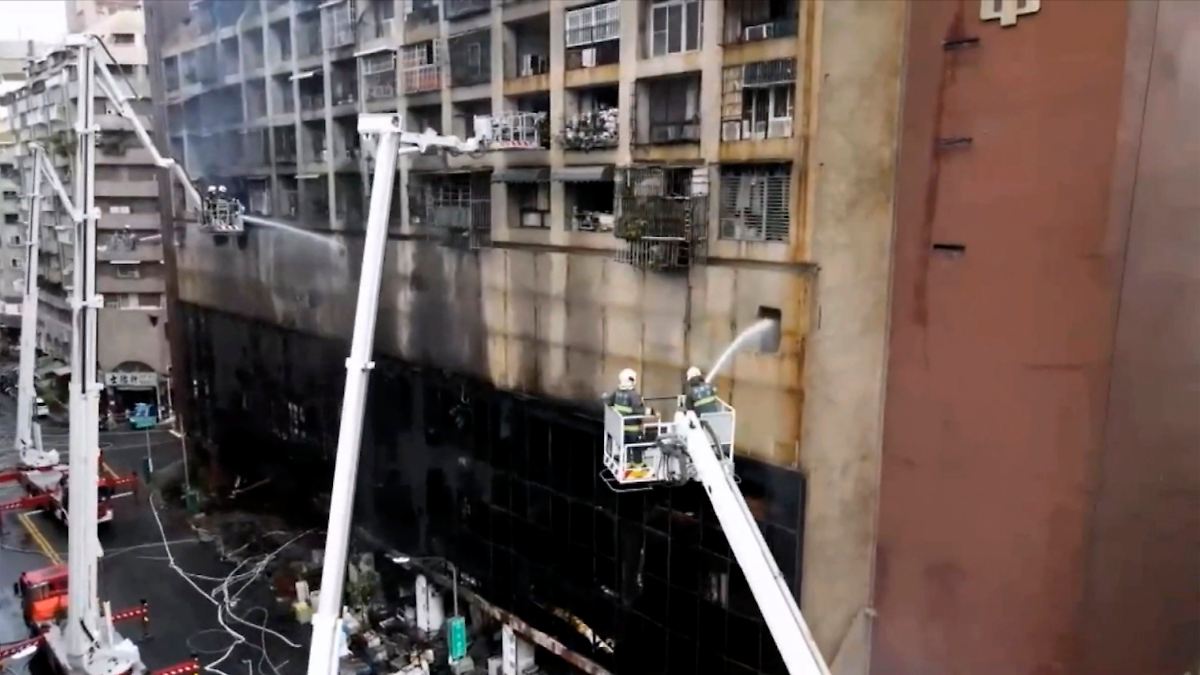 In the early hours of the night, a 13-story residential and commercial building burns for hours in Taiwan. According to a local official, seniors with physical disabilities or dementia lived in the building. Many of them might not have made it out of the house in time.

According to media reports, at least 46 people were killed in a fire in a high-rise building in the southern Taiwanese port city of Kaohsiung. The number of victims could increase as many residents were trapped on the upper floors.

The newspaper “Apple Daily” previously reported 22 deaths, while the city government had initially only spoken of 15 people “without signs of life” and one confirmed death. More than 50 people were injured. The 13-storey residential and commercial building had burned for hours in the early hours of the night until around 150 firefighters were able to bring the fire under control in the morning.

According to unconfirmed reports, the fire broke out on the first floor of the 40-year-old house, as the CNA news agency reported. According to officials, escape routes were blocked, which also made rescue work difficult. A local official said he heard a loud explosion in the middle of the night and woke up, according to the CNA. Then he saw the flames in the building.

More than 100 people, many of them seniors with physical disabilities or dementia, lived in the building, the official said. He expressed concern that many would not have managed to get out of the burning building.

Many people were trapped in the inhabited part of the skyscraper between the seventh and eleventh floors, as the chief of the fire department reported according to the CNA news agency. On the lower six floors were several abandoned, vacant restaurants, karaoke clubs, and a movie theater. That is why the building was named “Haunted House”.