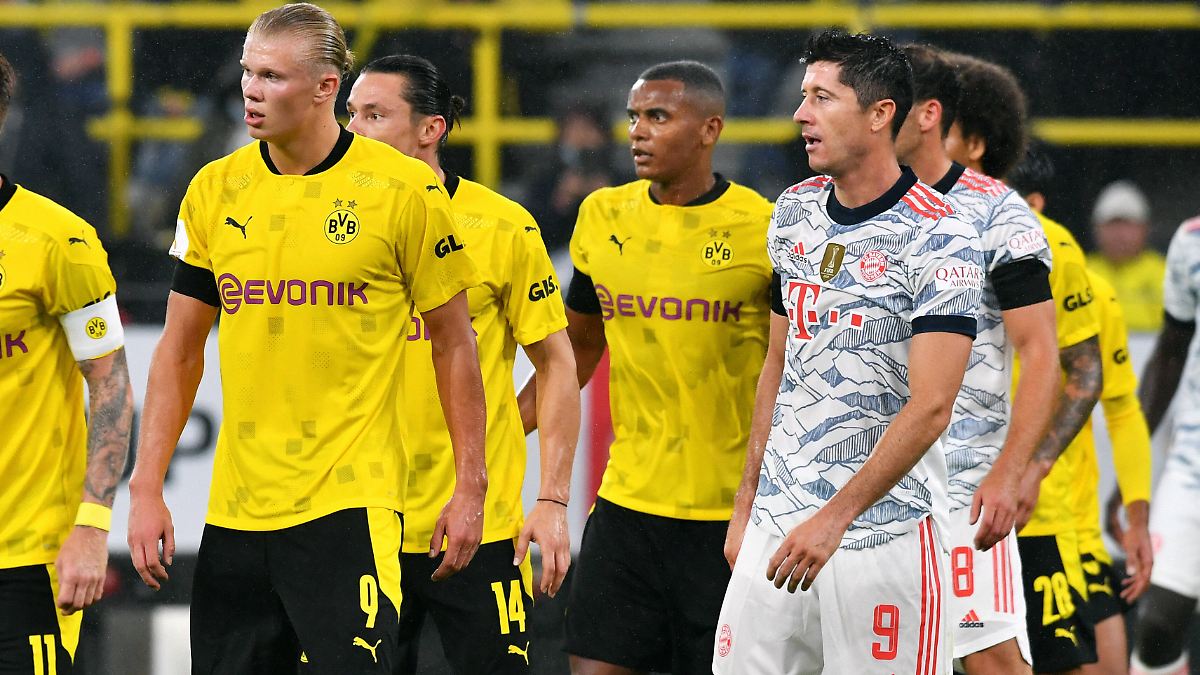 Robert Lewandowski and Erling Haaland in one team? The two super strikers together at Bayern? Bayern President Herbert Hainer is much more skeptical about what the Pole does not want to rule out recently. Even the question of financing “does not arise with us”.

Bayern Munich would like to hold back in the Europe-wide competition for Borussia Dortmund’s goal scorer Erling Haaland. The question of whether the German football record champions could finance the exceptional Norwegian striker, “does not arise with us,” said FCB President Herbert Hainer of the “Süddeutsche Zeitung”: “In Robert Lewandowski we have the reigning world footballer who scores goals every season like no other. He absolutely deserved to win the Ballon d’Or this year because his performances have been exceptional for years. “

The Bayern striker, on the other hand, was not completely averse to playing with Haaland recently. The “Marca” said the Pole: “Play together? I’m not the one who says we can’t play together.” However, he also emphasized: “We’re two different players. He’s young, has a great future ahead of him, he loves counter-attacking and has a very strong left foot. I’m a different guy.”

Is FC Bayern an “influencer”?

Hainer explained that the association was basically still ready to invest despite the lower income caused by the corona pandemic, said Hainer (“Of course!”). But in the current situation you look “all the more, of course, at how you design your expenses.”

According to the Bayern president, this approach would also be advisable for other clubs. Fewer and fewer clubs have “a healthy cushion. It can’t go on like this,” said the 67-year-old: “In this respect, my focus is more on how we protect the clubs and ultimately football. How we prevent clubs from going bankrupt if they are The spiral of money keeps turning when the team costs more and more and the consultants pull more and more out of the system. ” For this, a control system is required that monitors the economic activity of the clubs and, if necessary, sanctions them. Hainer emphasized that he was certain that such a system would be introduced in the future.

In addition, the former CEO of Adidas described FC Bayern as an “influencer”. Everyone must be “aware that the club plays a major role for sport, society and the social fabric.” He wants to help ensure that “the club is perceived as a role model in terms of sport, economy and society.”