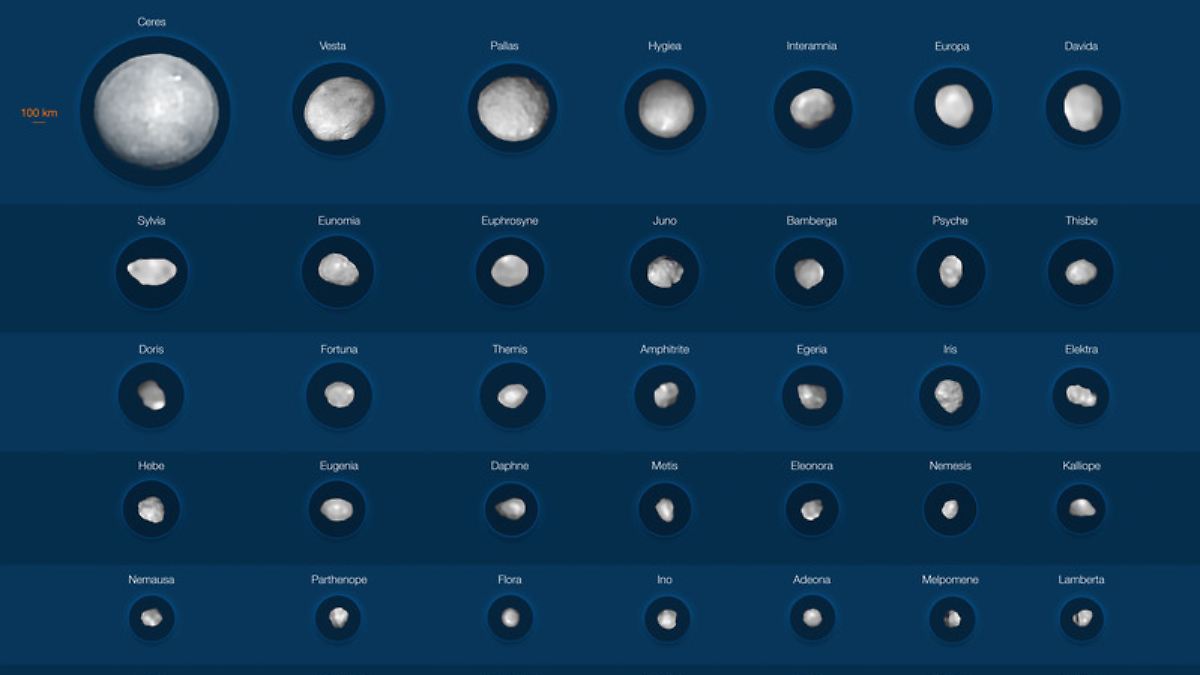 Between the planetary orbits of Mars and Jupiter is the so-called asteroid belt. But where do all the asteroids come from? High-resolution images of the celestial bodies should help answer this question. The sharp images also reveal two groups of shapes.

Astronomers have captured 42 asteroids between the orbits of Mars and Jupiter more sharply than ever before. The images of the Very Large Telescope (VLT), a large telescope in Chile consisting of four individual telescopes, showed “a wide range of strange shapes, from spherical to dog bones,” said the European Southern Observatory (ESO) based in Garching near Munich.

Ceres (left) and Vesta, the two largest objects in the asteroid belt between Mars and Jupiter.

The astronomers published a study on the objects in the so-called asteroid belt in the journal “Astronomy & Astrophysics”. The recordings could help to find out where the asteroids are coming from.

The celestial bodies can therefore be divided into a group of spherical and a group of elongated, bone-shaped objects and differ significantly in terms of density: some asteroids are roughly as dense as coal, others are denser than diamond. “We can only understand this enormous diversity in their composition if the bodies were formed in different regions of the solar system,” said one of the authors of the study, Josef Hanus from Charles University in Prague. The results supported the assumption that the least dense asteroids formed beyond Neptune.

Previously, only three large asteroids in the belt were mapped in such detail in the course of space missions, said the head of the study, Pierre Vernazza from the Laboratoire d’Astrophysique de Marseille in France. Therefore, little was known about their shape and density so far.

Asteroids are the smaller siblings of the planets, the small astronomical bodies consist of rocks and metals. Because they are small and light, their orbit around the sun does not necessarily remain constant, but can change due to the gravitational forces of other bodies.