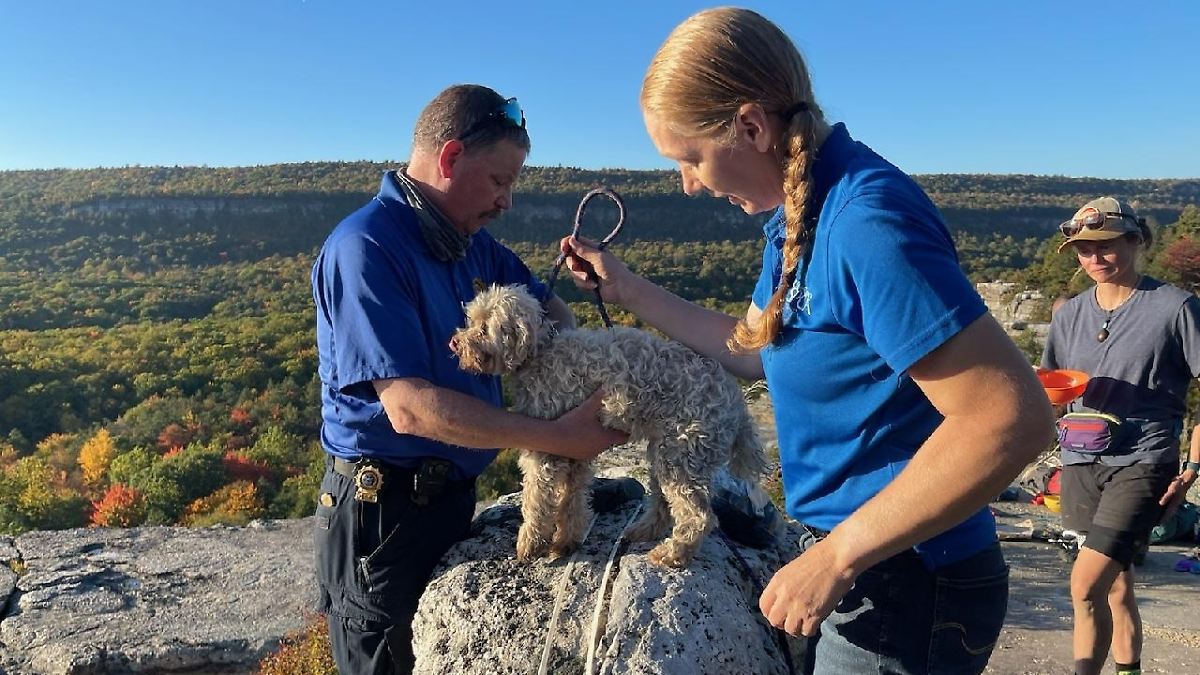 “Liza” has had a real ordeal: While walking in the US state of New York, the dog falls down a crevice. The animal sits there for five days without eating or drinking – only then is it possible to rescue it.

For five days, a dog was stuck in a narrow crevice in a national park in the US state of New York – now it has been rescued unharmed. The twelve-year-old animal named “Liza” survived the ordeal in Minnewaska State Park Preserve without food and water, the state parks announced on Wednesday (local time).

Thanks to a camera, the helpers always had “Liza” in view.

On October 7th, a woman walked with her dog, and he fell into the gap. You could hear his barking. Park employees tried to reach the site at a depth of about twelve meters in the following days. On Tuesday, helpers from the Ulster County Animal Welfare Association and a cave rescue team managed to save the dog from the narrow crevice.

Two rescuers observed the dog with a camera to make sure that he was okay. Then they managed to get him with a rod with a noose. The animal was lured with a hot dog attached to the pole. It had been raised enough that it could be put in a backpack and then brought safely to the surface.

The dog is hungry and thirsty, but in good health. Later it was brought to its owner. During the observation with the camera it could be seen how the dog licked the damp walls of the crevice and thus probably supplied itself with liquid. According to the administration, leash is actually required in the park.