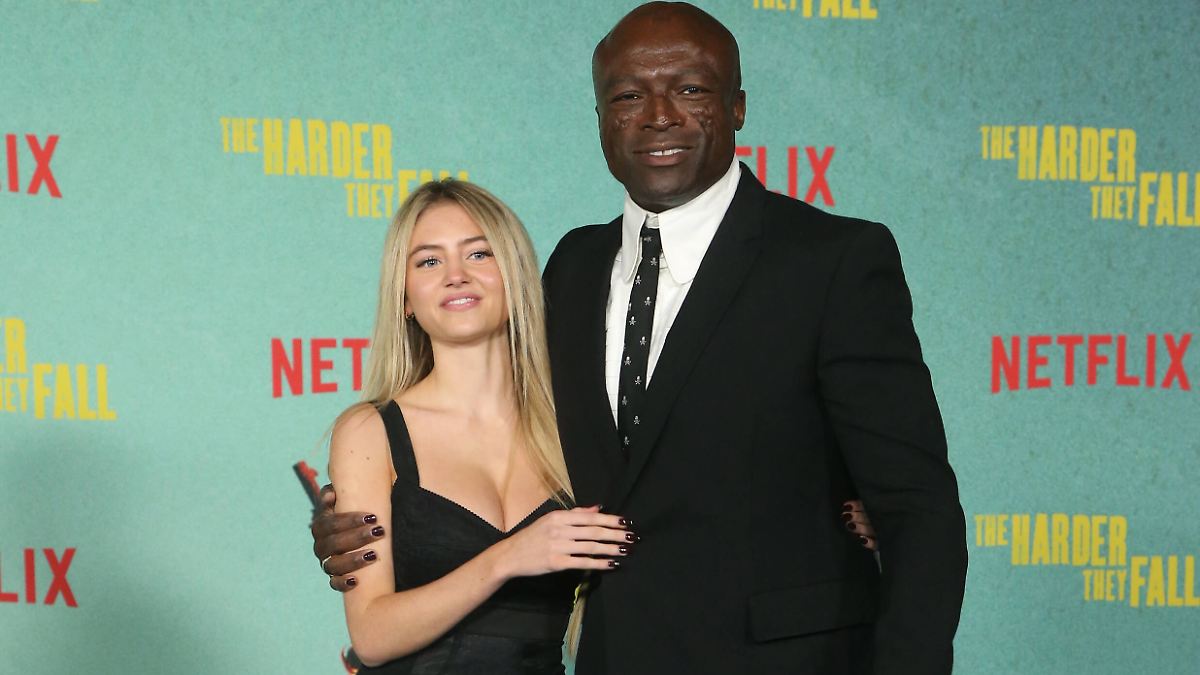 Singer Seal had three children with Heidi Klum. Leni is not one of them. However, the pop star has adopted the 17-year-old, who comes from her mother’s relationship with Flavio Briatore. Now the adoptive father and adopted daughter make a rare appearance together.

This sight is rare. For the premiere of the new Netflix flick “The Harder They Fall”, young model Leni Klum appeared arm in arm with the British singer Seal. The two walked the red carpet together in Los Angeles.

Almost something like a family photo: Seal, Laura Strayer, Aris Rechevski and Leni Klum (from left).

Her adoptive father Seal, who contributed the music to the film, was not the only important man for Heidi Klum’s daughter at this event. Her friend Aris Rechevski was also there. And to make things perfect, Seal also brought his new partner with him – his former assistant Laura Strayer.

For the appearance on the red carpet, the 17-year-old Leni Klum threw herself into a figure-hugging, black mini dress with a fringed hem. Papa Seal wore a black frock coat with a white shirt and tie, Rechevski a black suit with a white shirt, and Strayer a long black robe.

Leni comes from her mother’s relationship with the former Formula 1 manager Flavio Briatore, with whom Heidi Klum was in a relationship for around a year. Her later husband Seal adopted Leni. Heidi Klum had three more children with him: Henry, Johan and Lou. Heidi Klum has been married to Tokio Hotel guitarist Tom Kaulitz since August 2019.

Leni Klum celebrated her model debut in December 2020. Most recently, she caused a sensation with a photo for the British fashion and culture magazine “Rollacoaster Magazine”. Finally you can see her on it with her breast bare, which is only covered by her hand.

Since Leni Klum is still a minor, the admission was not only met with enthusiasm. In the social networks, users criticized the photo as “illegal” and “sad”, among other things. It was also read that there was “no excuse to have to be so freely as a minor”.