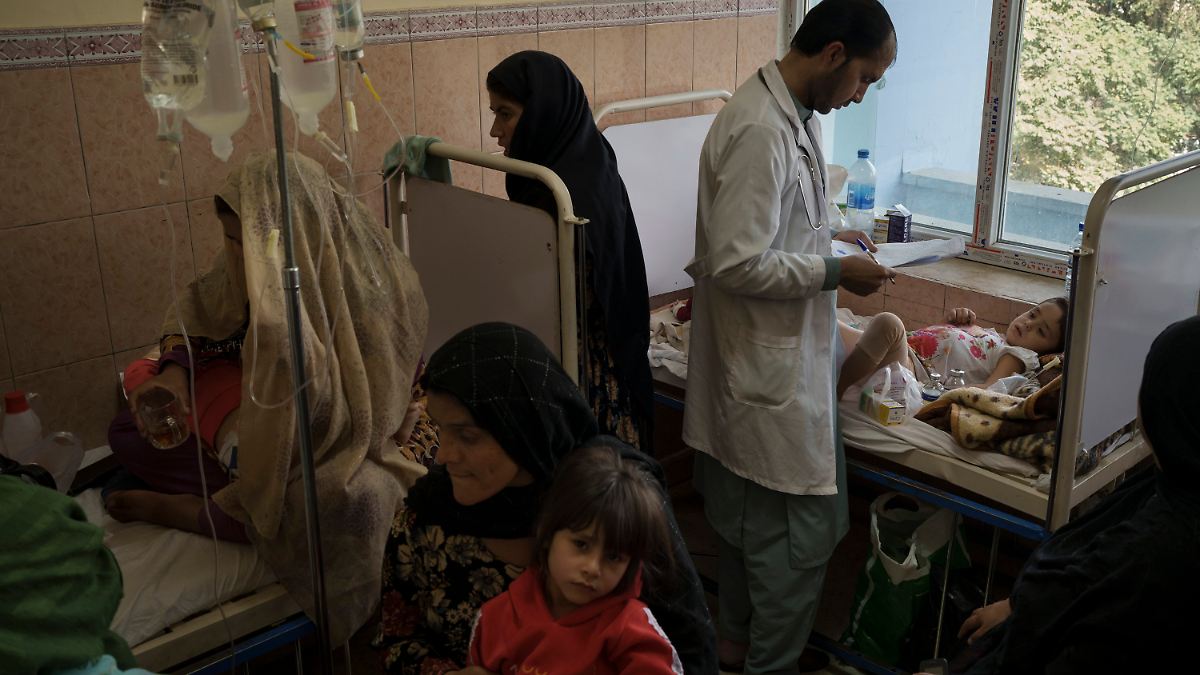 After the withdrawal of international troops from Afghanistan, the country faces economic collapse and a humanitarian catastrophe. At Markus Lanz, a doctor reports on the situation in western Afghanistan. Conditions there were unimaginable.

Afghanistan is beautiful and peaceful. This was claimed by a spokesman for the ruling Taliban in mid-September. But the truth is different. According to Welthungerhilfe, 14 million people in the country do not have enough to eat. That is every third person in Afghanistan. There is a lack of accommodation, drinking water and medical care. Climate change has caused many farmers to leave their villages. They try to survive in the cities. Often in vain. And the situation will only get worse. Winter is coming soon and the fourth wave of Covid is looming.

“In Afghanistan, just four percent of the population are vaccinated against Covid-19,” says Tankred Stöbe from the aid organization Doctors Without Borders. He was in the western Afghan city of Herat in September. On Thursday evening he was a guest at Markus Lanz on ZDF.

“Conflict in Afghanistan does not end”

Stöbe criticizes that what the West has tried to do in Afghanistan over the past twenty years has remained ineffective. The people on site must be helped, now, in the next few weeks. “That we don’t care about Afghanistan cannot be a strategy.” The conflict in Afghanistan is not over just because the aid workers have left the country.

Stöbe reports unimaginable medical conditions in the largest city in western Afghanistan. Hospitals have to close because doctors no longer get salaries. Mothers care for their malnourished children in hospitals. You inject something into filthy venous access. What exactly they are doing there they do not know, says Stöbe. “Nobody is there to tell them what to do.”

“Afghanistan is about to collapse”

Stöbe reports of children with deficiency symptoms that consist only of skin and bones. Up to four children would have to share a hospital bed. He tried to save a boy’s life. The boy was one and a half years old and weighed just three and a half kilos. This is how much a child usually weighs right after birth. Stöbe wanted to feed the boy artificially. But in the end he couldn’t save him. The boy died.

The crisis in Afghanistan’s health care system is not new, says Stöbe, and MSF warned in 2014. The situation has now deteriorated dramatically: “Afghanistan is racing from a catastrophe into an apocalypse,” said Stöbe.

Now the fourth Covid-19 wave from Iran threatens there. In western Afghanistan, people could not protect themselves from this. “There are only a few doses of vaccines left – in the capital, Kabul,” the doctor describes the situation. Officially, 750,000 people have died of Corona in Afghanistan so far. Stöbe does not believe this number. The government there is unable to help. Before the Taliban came to power, Afghanistan had a corrupt government. “This corrupt government has now been replaced by an incompetent government,” says Stöbe.

For the medical professional, there is only one solution: the developers of vaccines against Covid-19 would have to allow knowledge transfer. If countries are too poor to buy vaccines, scientists have to learn to produce them locally. Stöbe knows that Afghanistan cannot really be helped in this way, but in his opinion it is important that more vaccine be produced in this way. “It is strategically wrong to say: Just because we are out of here will the world be saved,” says Stöbe, referring to the western industrialized nations. Because: “Covid is a global problem.”