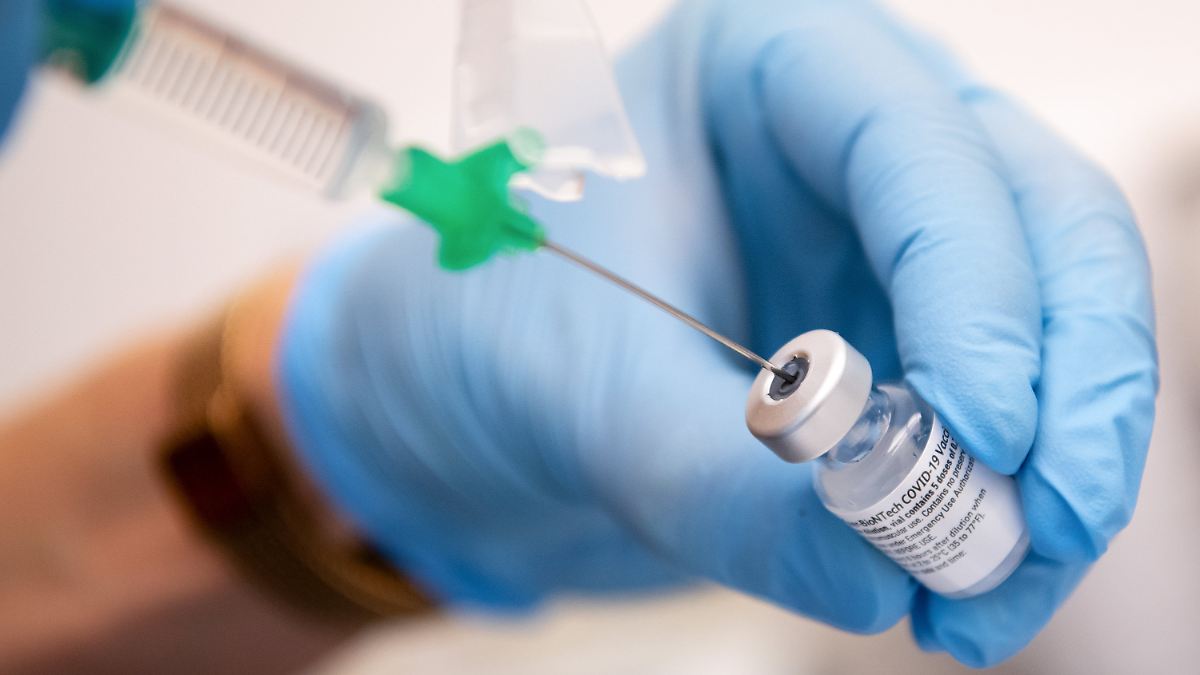 If more people are vaccinated, the proportion of people who are vaccinated increases who nevertheless become infected and then occasionally become seriously ill. Alexander Kekulé is not surprised and demands that the focus now be on the booster vaccinations. He sees a problem with the vaccine from Johnson & Johnson.

Alexander Kekulé described the increasing number of vaccination breakthroughs as completely normal. “I’m surprised that some are surprised,” said the Halle virologist ntv.de. Only those who believed in 100 percent vaccination protection and herd immunity could be surprised, Kekulé continued.

The increased proportion of vaccinated corona patients in German intensive care units is mainly due to the sharp increase in the number of vaccinated people overall. In the meantime, 65.8 percent of the population in Germany have been vaccinated twice against the virus.

The Robert Koch Institute had already explained: “It is to be expected that more vaccination breakthroughs will be recorded over time, as more and more people are vaccinated and Sars-CoV-2 is currently spreading again. This increases the likelihood of coming into contact with the virus as a fully vaccinated person . “

We have to learn to live with it

The question of whether you can with around 120 Covid 19 patientswho were already fully vaccinated and still ended up in the intensive care unit within four weeks, is wrong, according to Kekulé. “Can, I wouldn’t put it that way,” said the virologist. For a doctor there is no acceptable number of seriously ill and dead people. For society as a whole, however, there are situations in which this has to be accepted. “At the moment when we have as few or as many deaths as a result of Covid as with influenza – you know, up to 25,000 people die from influenza every year – we can no longer say: We are not doing anything about influenza, but because of it Corona, we impose lockdowns and spend 1.9 trillion euros. “

In view of the different effectiveness of the various vaccines, Kekulé regretted that the hospitals do not document how many of the affected patients were vaccinated with which vaccine. “Unfortunately, this is something that is not recorded again,” criticized Kekulé.

In any case, it is good that the vaccine from Johnson & Johnson, which so far has only been administered in a single dose, is now also used by the Standing Vaccination Commission (STIKO) a second dose of vaccine recommends. “Bit late for those who were vaccinated once and thought that was enough.”

The fact that those vaccinated with Johnson & Johnson already have a fully protected status is actually a problem. “We know they actually need a second dose.” Still, don’t drive people crazy now and ask that they return their QR codes until they have the second vaccination. “Then someone comes next and says: Astrazeneca doesn’t work that well either, they could use a third injection. And with over The STIKO recommends 70-year-olds generally the booster vaccination – are they not otherwise ‘fully vaccinated’ in the sense of 3G? We have to take a pragmatic approach. So convince those vaccinated with Johnson & Johnson to get a second vaccination with an mRNA vaccine. But I would not take away their vaccinated status, “said the director of the Institute for Medical Microbiology at the University Hospital in Halle.