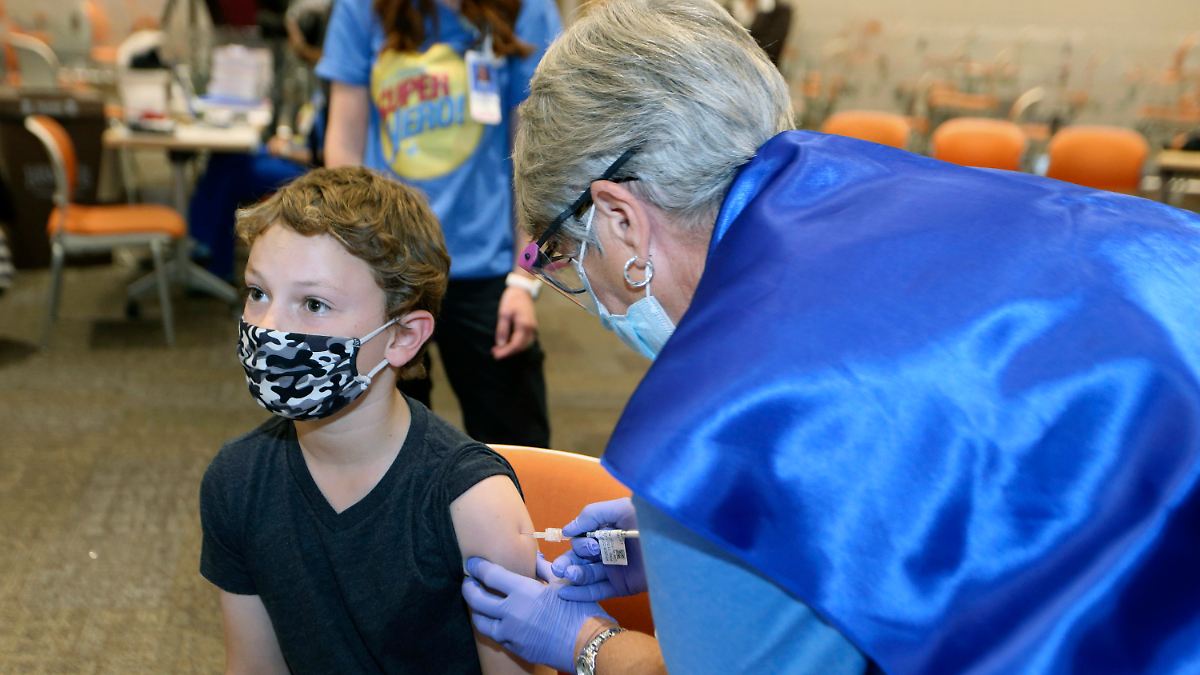 The European Medicines Agency, EMA, recommends approval of the use of the Covid-19 vaccine from Biontech and Pfizer in children aged five to eleven. So far, the vaccine has been approved in the European Union from the age of twelve.

The European Medicines Agency (EMA) paves the way for vaccinations of children with the Covid-19 vaccine from BioNTech and Pfizer. The responsible EMA committee recommends extending the approval to children between the ages of five and eleven. The final decision still has to be made by the European Commission, but this is a matter of form. So far, the vaccine has only been approved in the European Union from the age of twelve.

The vaccination for children contains a third of an adult dose and is also vaccinated twice in the upper arm with an interval of three weeks. Federal Health Minister Jens Spahn announced on Monday that the entire EU would receive delivery of the children’s vaccine on December 20, and that Germany would then receive 2.4 million doses in one fell swoop.

Biontech confirmed the schedule. “Pfizer and Biontech still assume that the first doses can be delivered to all EU member states on December 20th. With delivery to Germany, around half of the children between the ages of five and under twelve living in Germany can be vaccinated “, said a spokeswoman for the Mainz manufacturer. The schedule was discussed repeatedly with representatives of the EU Commission and was finally confirmed last week. An earlier delivery is not to be expected: “All upstream processes were aligned to this deadline.”

The Standing Vaccination Commission (Stiko) prepares a recommendation for vaccinating children at the start of the first delivery. “Our goal is to have this recommendation ready by the end of December, if possible by the start of delivery of the children’s vaccine to the federal states,” said Stiko boss Thomas Mertens recently. When the vaccine was approved by the EU for those aged twelve and over in May, Stiko initially only recommended vaccinations for adolescents with previous illnesses. It was only in August that she recommended this to everyone aged twelve and over and referred to a broader database, especially from the American vaccination program with millions of vaccinated young people.

Following approval by the FDA at the end of October, around three million children aged five and over in the USA were vaccinated with Biontech, and vaccinations started this week in Israel and Canada. According to data from the Robert Koch Institute, the seven-day incidence in Germany is currently by far the highest in the age group of five to 14 year olds at 882.9, followed by 15 to 34 year olds with an incidence of 468. Overall, the incidence rose to a high of 419.7 on Thursday.