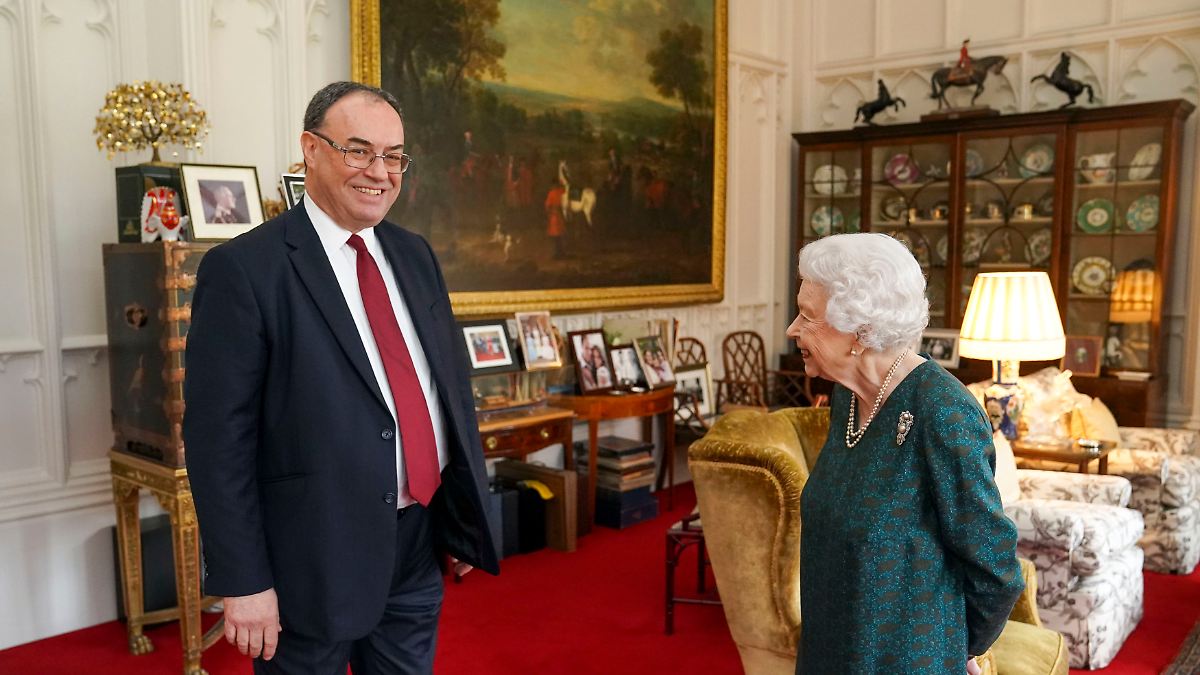 Due to back problems, Queen Elizabeth II has had to slow down in the past few weeks. But now things seem to be improving: The British Queen is once again making official visits. At Windsor Castle, she welcomes the head of the British Central Bank – and makes an impression in good shape.

After weeks of worries about the British Queen’s health, things now seem to be on the up again. Because as the palace shows on Instagram, Queen Elizabeth II received an official visit to Windsor Castle. And this time the 95-year-old looks happy in the photo. The honor of the audience went to the head of the UK Central Bank, Andrew Bailey.

In the photo published for the meeting, the monarch beamed at her visitor. “As Head of State, Her Majesty meets regularly with important personalities from diplomacy, religion, the military and politics,” the statement said.

The followers are overjoyed in the comments. “Her Majesty looks splendid! Long live the Queen,” reads. Or: “I’m so glad that she is fine.” Additional notes: “She looks so lovely”, “Best regards to Her Majesty. I hope she is better; she looks very pretty” or simply “My Queen”.

A week ago she received General Sir Nick Carter for an official audience. At that time, her blue hands caused a stir on the photo posted. Most recently, the Queen’s state of health and various canceled appointments made headlines. Over a month ago she was in the hospital for “preliminary examinations”.

Then there was talk of a sprained back. The doctors ordered her to rest. She even had to cancel her participation in the Remembrance Sunday commemoration. But she was there for the christening of her two great-grandchildren at Windsor Castle.