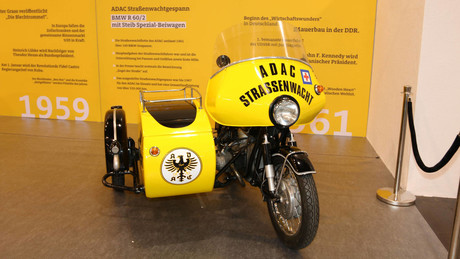 There was a heated discussion on social media as to whether the ADAC had communicated a passage in its accident insurance on the subject of payments for vaccination damage for a long time or only recently updated it. How do insurance companies generally think about vaccination damage and any consequences for the insured.

The General German Automobile Club e. V. (ADAC), as an insurance company, is receiving increased attention this week due to a controversial discussion on social media about whether the ADAC in 2020 modified its guidelines of the General Conditions of Insurance by one sentence. The stumbling block in the section “When does the ADAC accident insurance pay? When does it not pay?” reads: “Vaccination damage due to ordered mass vaccinations”. General Insurance Conditions (abbreviated: AVB) are the contractual conditions on which the insurance contracts are based in the insurance industry, which the insurer (the user) provides to the policyholder when the contract is concluded. The original tweet that started the discussion reads:

Due to the emerging dynamics in the social media, the ADAC intervened in the heated forum discussion and confirmed the content of the criticism that the reference to the passage therefore does not represent a recent innovation:

The meaning, i.e. statement, can only refer to the “mass vaccinations” of the flu or measles vaccinations in Germany with regard to the reference to the dating, but should theoretically also cover the corona topic due to the current “mass vaccinations”. What is the general situation of an insurance claim for vaccination damage in times of vaccination against Covid-19? The German Insurers (GDV) page informedin May 2021:

A corona disease or just the vaccination against it would be “no general reasons for exclusion for the payment of occupational disability and life insurance”, according to the General Association of the German Insurance Industry (GDV) in the article mentioned:

“If an insured person is unable to work due to the long-term consequences of an infection with Covid-19 or vaccination damage, the insurance company will pay without ifs and buts.”

As the network discussion now shows, the notorious small print should be queried very carefully before completion, or read again due to current necessity. In March 2021 titled the NDR: “Vaccine damage insurance: The business with the corona fear”. The article reported that in the last year there were numerous contributions from insurance agencies, especially in social networks, “recommending to think about taking out accident insurance in connection with a vaccination or to “optimize” existing accident insurance.” Philipp Rehberg from the consumer advice center Lower Saxony criticized a year ago:

Critics of the politically envisaged compulsory vaccination regularly recall the daring statement made by today’s Minister of Health, who in August 2021 was still the “health expert of the SPD”:

It’s correct. And it is also about why a minority of society does not want a vaccination without side effects, even though it is free and can save their lives and that of many others. So I’m pessimistic about voluntary sacrifices for climate protection https://t.co/ZP7W07PD4B

The ZDF informedin May 2021: “Infection Protection Act-Update-State liable for vaccination damage”. The article informs: “An amendment to the Infection Protection Act, which was passed today in the Federal Council, now makes it clear: The right to care in the event of vaccination damage generally applies to all vaccinations against the corona virus.” This legal regulation applies retrospectively since the start of the vaccination campaign on December 27, 2020, according to information from the Federal Ministry of Health at the request of ZDFheute. The ZDF article goes on to say: “The special thing about state liability…:

“A connection between the damage and the vaccination does not have to be clearly proven, unlike in liability law, explains Britta Konradt. “There just has to be a certain probability that the vaccination caused the damage, according to the lawyer and doctor.”

More on the subject – In Germany, 1,219 applications for damages after corona vaccination have been made so far