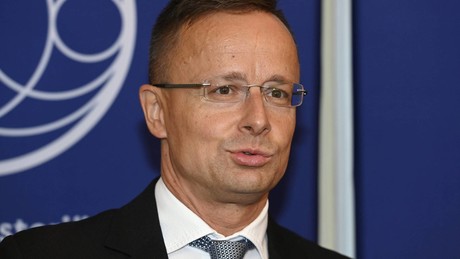 Budapest wants NATO and Russia to trust each other, according to Hungary’s foreign minister. Negotiations must continue. He also praised Russia as a reliable energy supplier. Hostilities towards Russia would not heat European households.

“We know that Russia supports its proposals [zu Sicherheitsgarantien] has submitted. NATO has a different approach, but that needs to be discussed. So don’t say that there will only be sanctions. So what we want is to continue the discussion to come to a normal solution.”

Szijjártó was asked about the withdrawal of NATO troops from Hungary and the return to the situation before 1997, i.e. the eastward expansion of NATO. To this he explained:

According to Szijjártó, who is currently in New York to attend UN events, Russia and NATO “need to discuss these issues on a diplomatic basis and not send messages through the media.”

In addition, Hungary’s foreign minister stated that the key to solving the current energy crisis in Europe lay in agreeing long-term gas agreements. He said:

“I think the key to solving the gas crisis in Europe is to fill up storage capacity and sign long-term contracts with suppliers.”

He reiterated that Russia has proven to be a reliable partner in this area in the past.

“Regarding energy issues, I have to tell you that we are very satisfied with our cooperation with Russia. My clear experience is that everything we have agreed with the Russians has always been respected on time and as agreed. We So respect that very much. It’s a very good experience.”

The top Hungarian diplomat reminded those who criticize energy cooperation with Russia that political statements will not heat households in Europe.

More on the subject – Hungarian Foreign Minister exclusively to RT: EU non-recognition of Sputnik V is a political issue