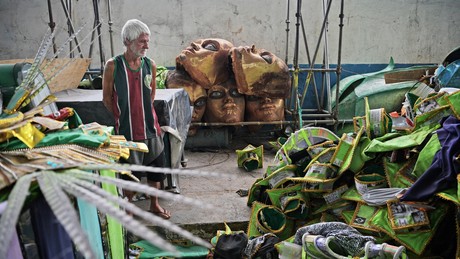 This time, too, the carnival in Rio de Janeiro will be celebrated differently than before the COVID-19 pandemic. The second largest city in Brazil is postponing the carnival parades to April. Despite the uncertainty, some samba schools have been preparing for the event for months.

Against the background of a new corona wave, Rio de Janeiro has again postponed the world-famous carnival parades. In a tweet gave The city administration of the Brazilian metropolis announced that it would move the carnival to April 21st. The decision was made after a meeting between the mayors of Rio, Eduardo Paes, and São Paulo, Ricardo Nunes, the health secretaries and presidents of the samba school associations of the two cities.

“Due to the increase in COVID-19 cases in the city, we announce that we will move the carnival to the Tiradentes holiday in April.”

Rio’s Health Secretary Daniel Soranz said the newspaper Folha de S. Paulo that there is no way to hold the carnival at any cost. There will be a lot of security at the event in April. The official hoped for a falling curve of the omicron variant.

Mayor Paes canceled the street carnival in Rio earlier this month for the second time in a row. According to the news portal G1 lured the carnival in Rio, in its last edition in 2020, more than three million people took to the streets within four days. The plans for the legendary parades in the Sambodrome in February and March, which had also been postponed and then canceled last year, remained in place. There, controls to protect against infection are easier to implement, said Paes.

In the measures it published this week, the city of São Paulo required masks for members of the samba schools and spectators in the stands in the sambodrome, as well as proof of vaccination for everyone involved.

However, health experts have indicated in the Brazilian media that they would advise against the spectacle in the sambodrome because the virus cannot be controlled despite planned protective measures. Roberto Medronho, member of the scientific committee advising Rio in the pandemic, told the Folha de S. Paulo:

“Each gathering of people in the coming weeks will be a reason for even greater distribution of the omicron variant.”

Despite the uncertainty caused by the pandemic, samba schools have been preparing for the possible moves for months. A corona-related cancellation would mean another loss of millions after the 2021 failure. Carnival usually attracts millions of tourists to Sugarloaf Mountain every year. According to the Carnavalesco portal, the city’s spectacle brings in the equivalent of around 620 million euros.

According to official figures, more than 23.5 million of Brazil’s 210 million residents have been infected with the corona virus. Almost 623,000 patients died related to the disease COVID-19. Recently, the number of new infections has increased enormously, also influenced by the omicron variant. On Wednesday, Brazil reported more than 200,000 new corona cases in one day for the first time. Almost 70 percent of the Brazilian population is now fully vaccinated. Proof of vaccination is required to enter the country, as it is in many places when visiting public institutions.